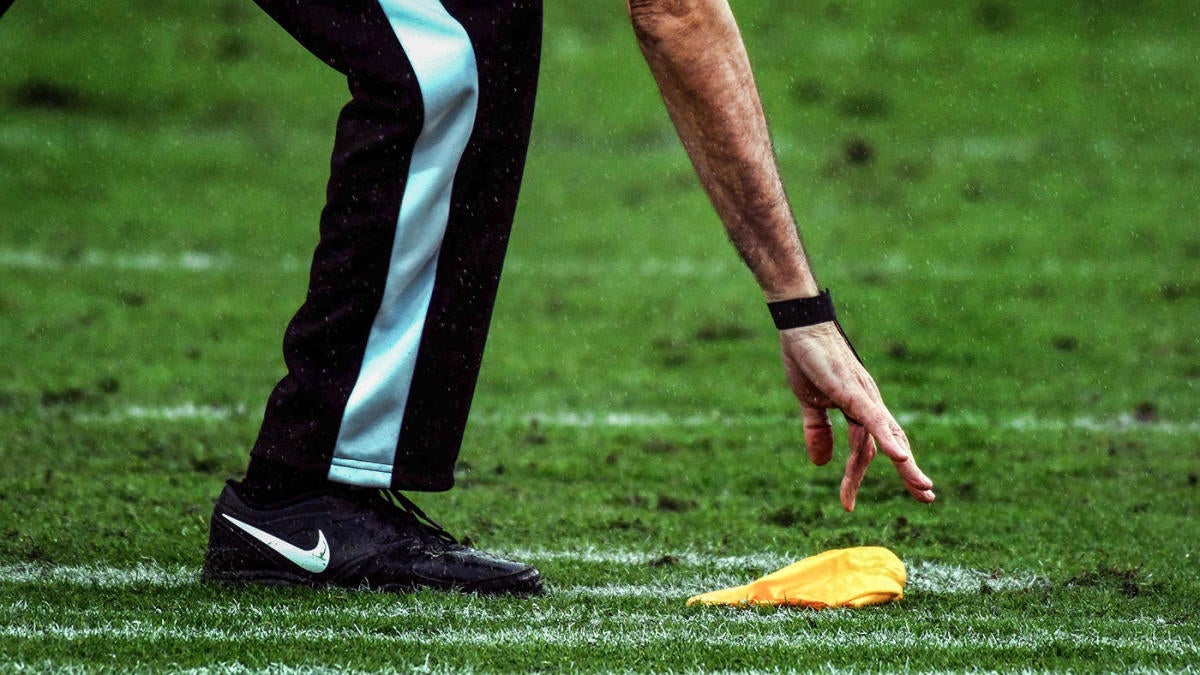 The NFL has officially announced the two officiating crews that will be working the AFC and NFC title games this weekend, and on the AFC side of things, the Titans and Chiefs are going to see a very familiar face.

The NFL has tabbed Tony Corrente as the referee for the AFC Championship, which is notable, because Corrente was actually the ref when the two teams met earlier this season in Nashville. Back in Week 10, Corrente’s crew called 17 penalties, with nine of those going against Kansas City and eight going against Tennessee. During the 35-32 Titans win, the Chiefs were penalized 80 yards compared to 64 for Tennessee.

The most controversial play in the game actually came on the very final play when Chiefs kicker Harrison Butker lined up for a 52-yard field goal to tie things up. The tie didn’t happen though, because the Titans were able to block the kick. Although many Chiefs fans felt that the Titans were offsides on the blocked field goal, the NFL would later release a clear video showing that there was no offsides.

With Corrente, the Titans and Chiefs will be getting one of the most veteran officials in the NFL.

Corrente started his NFL officiating career as a side judge back in 1995 before being promoted to referee in 1998. Here’s a look at how the Titans and Chiefs have fared over the course of Corrente’s 22-year career when he has served as the ref in one of their games (stats via Pro Football Reference).

This will be the first time Corrente has served as the ref in a conference championship since the 2014 season, when he officiated the NFC title game between the Packers and Seahawks. Overall, Corrente has officiating 20 postseason games in his career, including Super Bowl XLI and this year’s wild-card game between the Bills and Texans, which included a bizarre Bills touchdown on the second half kickoff that eventually got called back.

According to FootballZebras.com, the rest of Corrente’s crew for the game will be: umpire Bryan Neale, down judge Jerod Phillips, field judge Allen Baynes, line judge Byron Boston, side judge Scott Edwards and back judge Perry Paganelli.

In the NFC Championship, the referee will be John Hussey.

Hussey been an NFL official since 2002, but has only been a referee since 2015. Here’s a look at how the Packers and 49ers have done when Hussey has served as the ref in one of their games since 2015 (stats via Pro Football Reference).

Although he’s officiated three prior playoff games in his career, including this year’s Titans-Patriots wild-card game, the NFC title game will mark the first time that he’s been the ref in a conference championship. According to FootballZebras.com, the rest of Hussey’s crew for the game will be: Umpire Roy Ellison, down judge Derick Bowers, field judge Tom Hill, line judge Rusty Baynes, side judge Eugene Hall and back judge Terrence Miles.