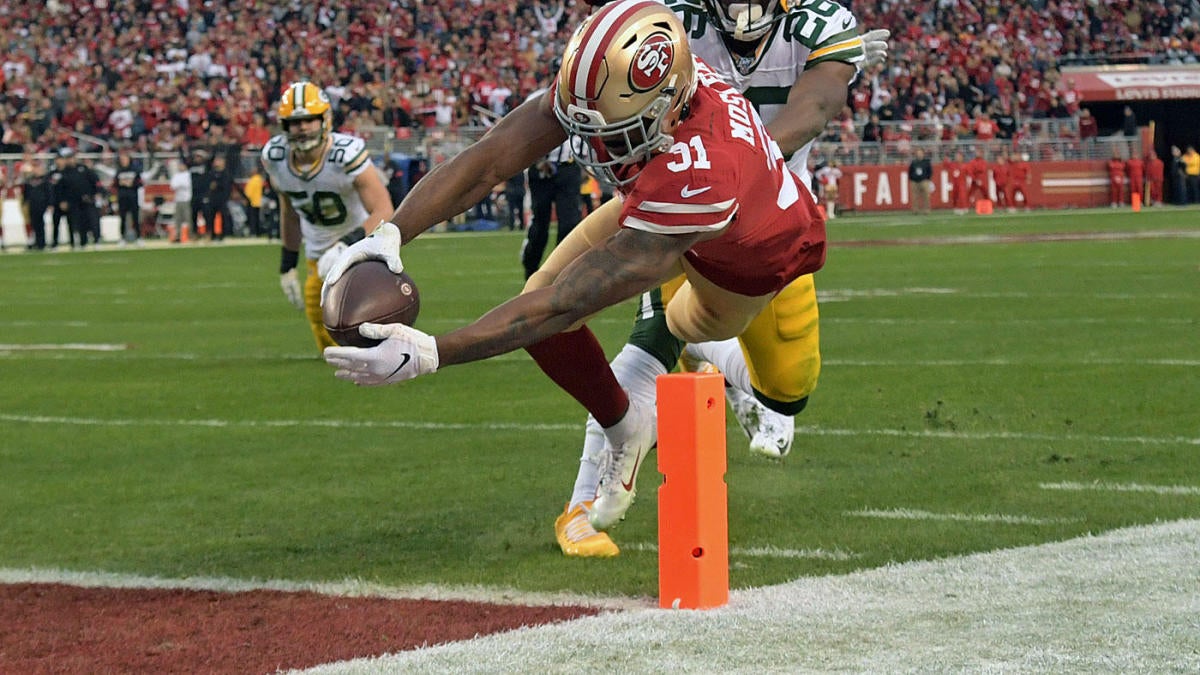 The San Francisco 49ers were one of the NFL‘s best rushing teams during the regular season, but mostly thanks to their three-headed beast at running back. What Raheem Mostert did against the Green Bay Packers in the NFC Conference Championship was otherworldly though, racking up 220 rushing yards and four rushing touchdowns en route to a 37-20 victory that wasn’t nearly as close as the final score would have you believe.

With those numbers, Mostert not only registered a career-best night of production, but he also set a franchise record for most rushing yards in a single game — falling only 29 yards shy of besting Erick Dickerson’s single-game playoff rushing record.

But how’d the Packers let this happen?

The Niners ran for more yards this season than every team in the NFL except for the Ravens, who set the NFL record for rushing yards in a season. San Francisco also ranked eighth in yards per carry, seventh in rushing first downs, and first in rushing touchdowns during the regular season.

For most of the year, the Niners used a committee approach. When they were all healthy, you really never knew whether Tevin Coleman or Matt Breida or Raheem Mostert would lead the team in carries. By the end of the year, all three players had at least 123 carries and at least 544 rushing yards.

Mostert, though, led the group in carries (147), rushing yards (772), and rushing scores (eight). He also finished the regular season on a roll, so it was surprising when last week Coleman led the backfield with 22 carries for 105 yards and two scores. Coleman mixed in with Mostert early in the NFC title game against the Packers before leaving with an injury, but even at that point, Mostert was already going bonkers. By the time the first half ended, Mostert had racked up 160 yards and three touchdowns on just 14 carries. In so doing, he became only the fifth player in NFL history to run for 160 or more yards and three touchdowns on the ground in a playoff game … and he still had a full half to go.

He became the first player ever with 150-plus rushing yards and three rushing touchdowns in a single half of a playoff game, per NFL Research. Mostert scored San Francisco’s first touchdown on third 36-yard scamper, hitting the jets to blow past any and all would-be tacklers.

Just after Coleman left the game, Mostert scored his second touchdown, on a shotgun sweep with Deebo Samuel as the lead blocker around the edge.

And he wasn’t nearly done. With San Francisco up 17-0, Mostert ripped off a 34-yard run that he almost managed to take to the house.

And later, he found the end zone for a third time in the first half.

That’s right, folks: 160 yards and three scores, in just one half. As mentioned above, Mostert wasn’t done there, adding a fourth touchdown to his tally, and that makes him the only player in the history of the league to rush for more than 200 yards to go along with four rushing touchdowns in a playoff game.

He was so dominant that quarterback Jimmy Garoppolo only needed to deliver six completions for 77 total yards with no touchdowns, and no one batted an eye as the 49ers get ready to catch a flight to Super Bowl LIV in Miami.

You can revisit all the action from the game in our NFC Championship live blog.