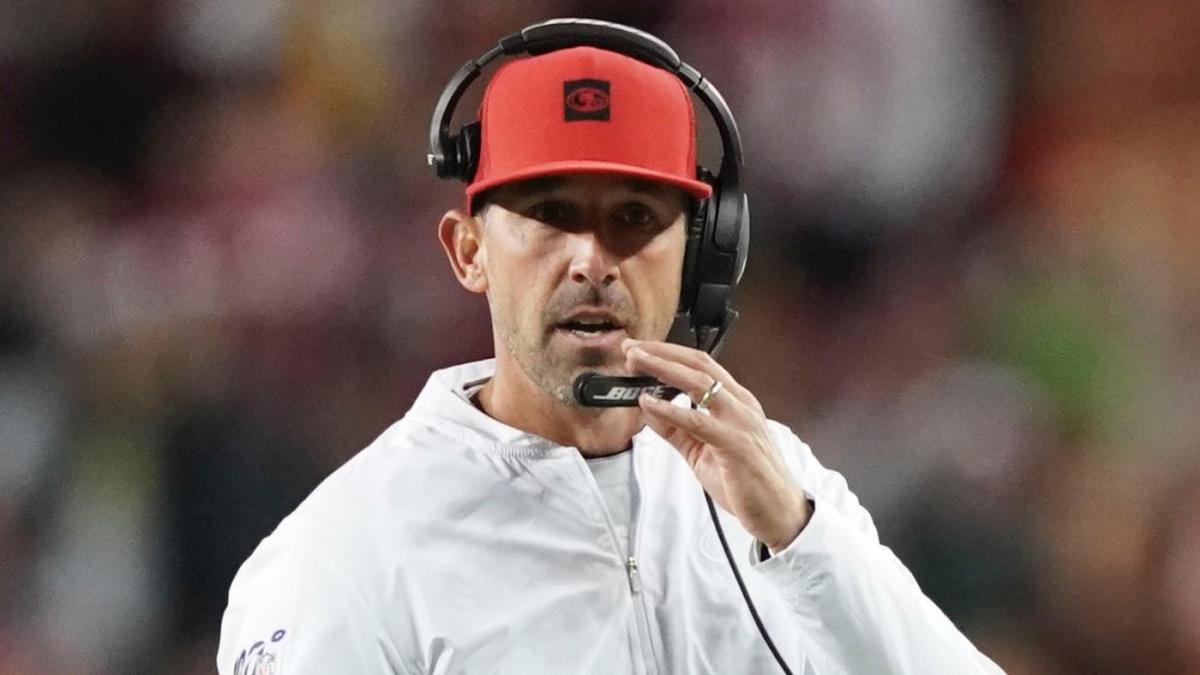 Mike Shanahan was the 49ers‘ offensive coordinator when they defeated the Chargers in Super Bowl XXIX, the last time San Francisco won the Super Bowl. Three years later, Shanahan won the first of his two consecutive Super Bowls as head coach of the Denver Broncos.

On Sunday night, Mike handed the George Halas Trophy to his son, Kyle Shanahan, whose 49ers defeated the Packers 37-20 in the NFC Championship Game. In the process, Kyle Shanahan joined his father in NFL lore — they became the first father-son duo in NFL history to appear in a Super Bowl as head coaches.

This will be Kyle’s first trip to the Super Bowl as a head coach — he previously appeared in Super Bowl LI as offensive coordinator of the Atlanta Falcons. Kyle’s Falcons were defeated by the Patriots 34-28, despite jumping out to a 28-3 lead.

The elder Shanahan was 45-years-old — five years older than his son his now — when he led the Broncos to a 31-24 upset win over the Packers in Super Bowl XXXII. Like Kyle’s 49ers did during Sunday’s victory over the Packers, his father’s Broncos upset the Packers on the strength of a powerful rushing attack led by running back Terrell Davis, who earned Super Bowl MVP honors after rushing for 157 yards and three touchdowns.

With his father watching Sunday’s game from a luxury sweet, Kyle took a page from his father’s old playbook while calling a whopping 42 rushing attempts for 285 yards. Twenty-two years after Davis ran roughshod over the Packers, 49ers running back Raheem Mostert toted the rock 29 times for a franchise-record 220 yards and four touchdowns while spearheading San Francisco’s offensive attack.

While Sunday’s offensive game plan was symbolic of his father’s offensive philosophy in Denver, Fox analyst and Hall of Fame quarterback Terry Bradshaw compared Shanahan’s game plan against Green Bay to his own coach, Chuck Noll, who relied on a heavy rushing attack to win his first Super Bowl with the Steelers forty-five years earlier.

Like Bradshaw, who completed just eight passes in Pittsburgh’s win over Oakland in the 1974 AFC Championship Game, 49ers quarterback Jimmy Garoppolo completed just six passes on eight attempts on Sunday night. It was a throwback to offensive game plans of yesteryear, as Shanahan eschewed a more exotic game plan for a run-heavy attack that certainly earned the approval of Bradshaw, Mike Shanahan and the partisan crowd at Levi’s Stadium that celebrated the 49ers’ first Super Bowl berth since 2012.

“Because it was working,” Shanahan told Bradshaw after the game when asked why he continued to run the ball throughout the second half. “If it’s working, you stay with it.”

That philosophy was one of the reasons why Mike Shanahan became the fifth coach in NFL history to win back-to-back Super Bowls. It also helped his son (who coached with his father during Mike’s time as the Redskins‘ head coach) get to his first Super Bowl, as Kyle looks to looks to join his father as a Super Bowl-winning head coach two weeks from now in Miami.