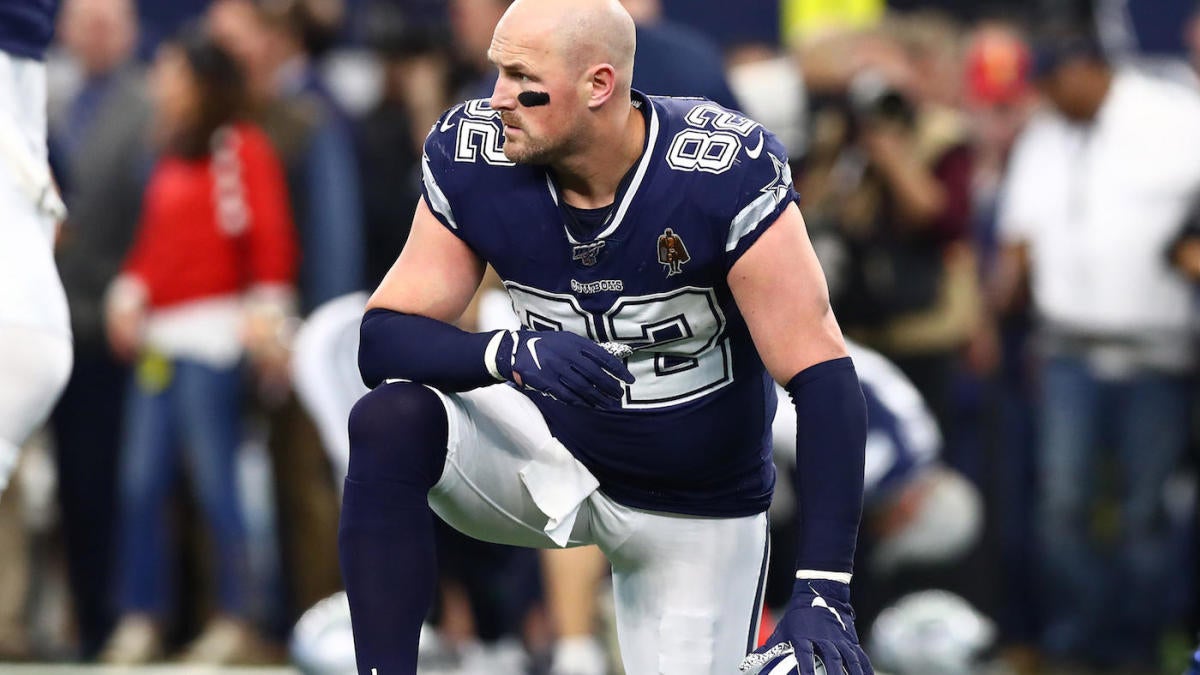 Jason Witten surprisingly returned to the Dallas Cowboys after a stint on “Monday Night Football” in 2018, becoming a mentor toward the younger Dallas Cowboys players while chasing that elusive Super Bowl title. While Witten’s dream of winning a Super Bowl with the Cowboys may have been dashed, his NFL career may not be over just yet.

Per ESPN’s Chris Mortensen, Witten hasn’t ruled out playing a 17th season in the NFL and could reunite with Jason Garrett with the New York Giants. Garrett was named the offensive coordinator in New York after spending the past nine seasons with the Dallas Cowboys, which could entice Witten to join him.

Witten returned to football in 2019, catching 63 passes for 529 yards and four touchdowns while starting all 16 games. The reception and yardage totals were the lowest since Witten’s rookie year in 2003. Witten will be 38 if he decided to play a 17th season.

If Witten were to join Garrett in New York, he wouldn’t be the starting tight end, a role currently held by Evan Engram. Battling a foot injury for much of the year, Engram had 44 catches for 467 yards and three touchdowns in eight games. The Giants still have Rhett Ellison and Kaden Smith under contract for 2020, so Witten would have to compete with them for the No. 2 tight end role.

The Cowboys have no on-field coaching spot on Mike McCarthy’s staff, which would also prompt Witten to play for another team besides Dallas. Witten has 1,215 catches for 12,977 yards and 72 touchdowns in his career. He’s second on the all-time list for catches amongst tight ends (Tony Gonzalez) and fourth among all players while also second behind Gonzalez in career receiving yards for a tight end.

Witten may delay his path toward the Hall of Fame another season, but seeing him in another helmet that isn’t the Cowboys star would be a sight to behold.