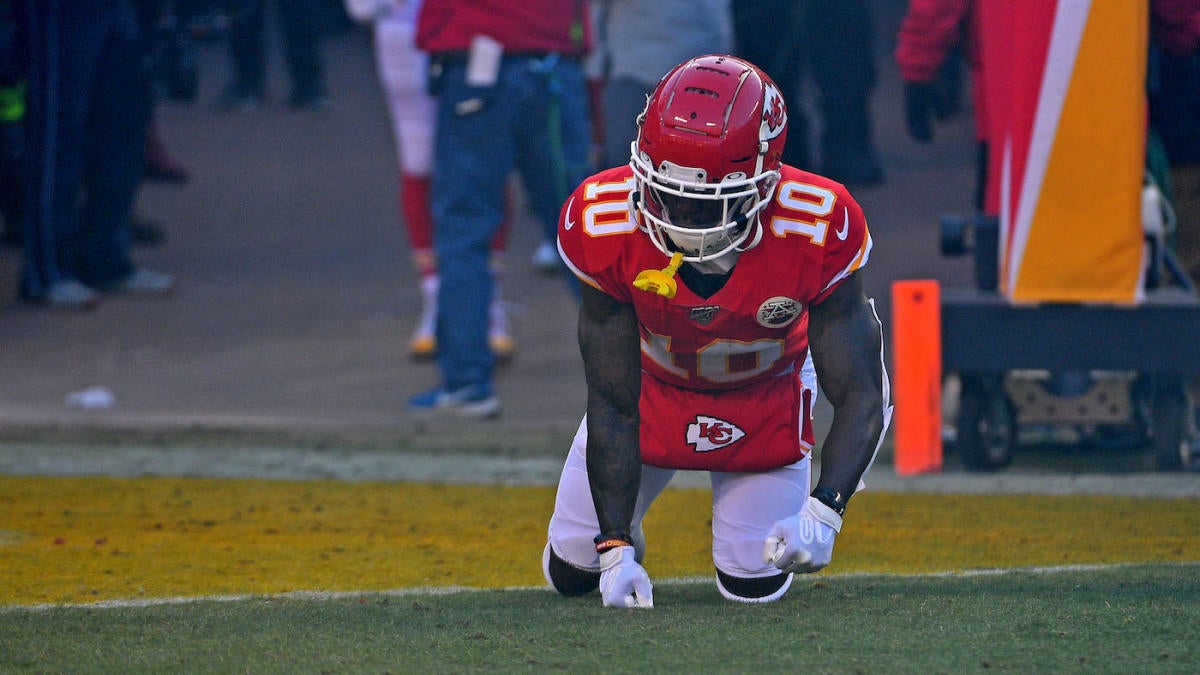 Fans who tuned into Sunday’s AFC Championship in Kansas City saw the pregame intros take a weird turn when Tyreek Hill very randomly decided to get on all fours and pretend to pee like a dog on his way out of the tunnel. It was a rather curious way to start the AFC title game, for a few different reasons.

It’s a move we’ve seen performed several times in the past but it doesn’t make a ton of sense in this particular instance. The move is typically reserved for players wanting to show a little disrespect to an opposing team with a dog-themed mascot, or to “mark your territory” on an opposing team’s home field.

But the Chiefs wide receiver pulled this move against … the Titans … at Arrowhead Stadium? That’s not how it usually works.

Maybe Hill just intended to reinforce the idea that Arrowhead was his territory but, again, that’s not usually how it’s done.

It’s also a bit of a curious choice from Hill considering the dog pee celebration is in the dog house after this year’s Egg Bowl. The Ole Miss Rebels earned a late unsportsmanlike conduct penalty after receiver Elijah Moore pretended to pee like a dog after a touchdown against the Bulldogs. The 15-yard penalty was enforced on the extra-point, which Ole Miss missed — costing them the game.

Hill better hope that his canine antics aren’t a bad omen for Kansas City as the Chiefs attempt to clinch their first Super Bowl berth since 1970, but the Titans got off to a quick start early in Sunday’s contest. Bad dog.