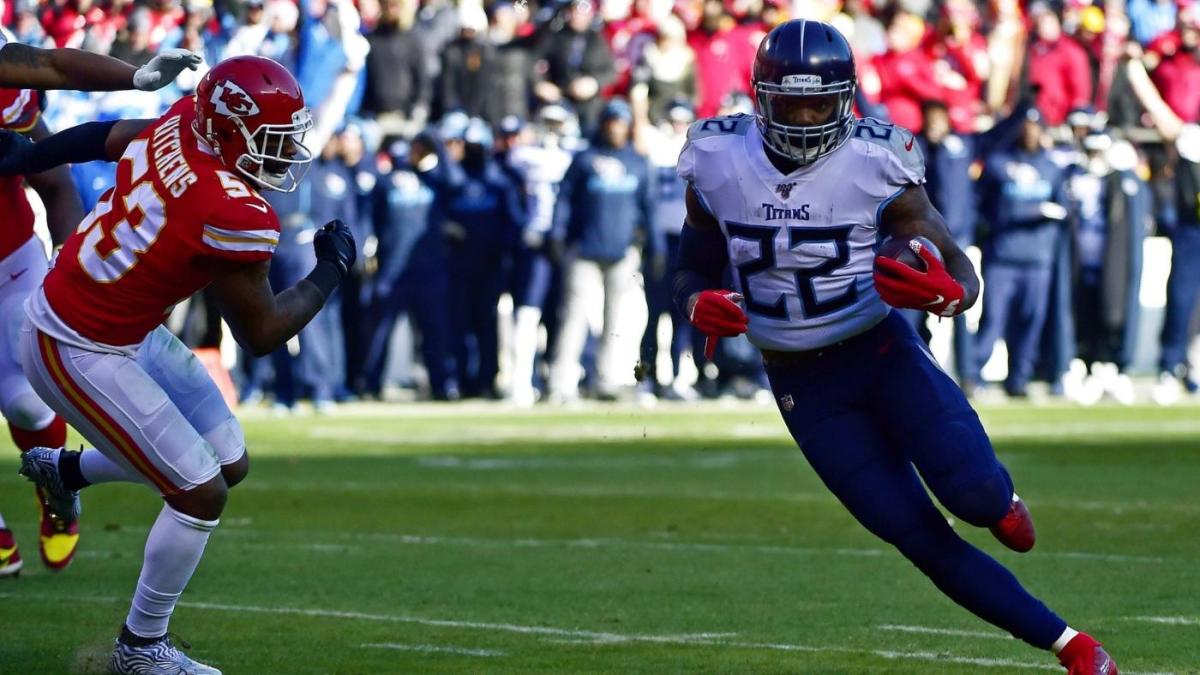 The Kansas Chiefs have one of the most creative offenses in the NFL, and the Tennessee Titans are clearly aware of that because they stole a play right out of Kansas City’s playbook on Sunday that resulted in the first touchdown of the AFC Championship.

On a Tennessee first-and-goal from the Chiefs 4-yard line, the Titans decided to run a Wildcat play that called for Derrick Henry to line up in shotgun formation. The play worked to perfection as Henry was able to take the snap, then run nearly untouched into the end zone for a touchdown.

Although the Chiefs defense didn’t stop the play, they probably recognized it, and that’s because — as CBS analyst Tony Romo pointed out on the broadcast — Kansas City’s offense ran nearly the exact same play during the regular season.

In a game against the Patriots back in Week 14, the Chiefs were at the same exact spot on the field (the 4-yard line) and they ran nearly the exact same thing: They put one of their star players in Wildcat formation.

In this case, it was Travis Kelce, and like the Wildcat run in the AFC title game, the play worked to perfection as Kelce was able to go left and then get into the end zone from four yards away in a game that the Chiefs would eventually win 23-16.

Although the Titans added some motion to their version of the play, the base of the play was the same idea, and in both instances, the play ended with the player taking the snap in the end zone.

Henry’s touchdown gave the Titans an early 7-0 lead. By the end of the first quarter, the Titans lead had been trimmed down to 10-7.

For an update on the AFC Championship game that includes the score and latest stats, be sure to click here and head to our live blog.