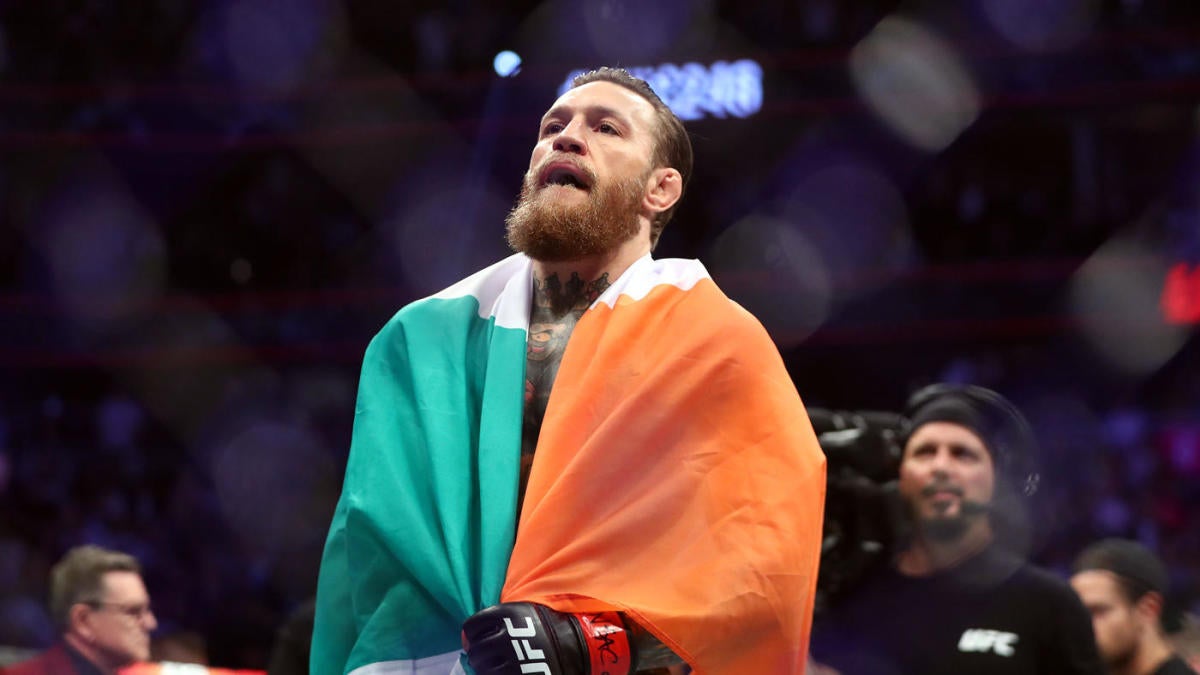 Conor McGregor exploded back into the Octagon after more than a year away from the UFC with a 40-second knockout of Donald Cerrone in the main event of UFC 246. Fans of the Irish superstar couldn’t have asked for a more impressive performance from McGregor. But what does McGregor’s victory mean in the bigger picture? And where does “Cowboy” go after his third consecutive TKO loss?

Let’s take a look at the answers to those questions and more as we reflect back on the UFC’s first event of 2020 and the return of the sport’s biggest superstar.

McGregor, fighting like the Conor of old, secures endless options for 2020: The reality is, Conor McGregor will headline cards until he decides to actually hang up the gloves. He’s an established global superstar beyond anyone else in the UFC, and even if he’d lost to Cerrone, he’d still get to call almost any shot for his next fight. However, by securing not only a win, but a 40-second knockout of the fighter with the most wins in UFC history, McGregor has seemingly all options on the table.

It would be easy to look at the way the fight played out and think there was nothing learned about who McGregor is after more than a year out of action. But he fought exactly like the McGregor UFC fans have seen in so many of his fights. He was looking to explode with every strike from the opening bell and every shot was thrown with the intention of doing serious damage. That has been a detriment in his worst moments — leading to lingering questions about his cardio —  and a positive in his best. The fighter fans saw at UFC 246 is McGregor at his core. He is an all-time great fighter who has only seen the third round three times in 26 fights because of this overwhelmingly aggressive approach to his fights.

By coming out like the Irish whirlwind of old, McGregor placed himself in position for whatever fight interests him most. That could be a rematch with lightweight champ Khabib Nurmagomedov, a fight UFC president Dana White said would be his if he beat Cerrone. Or, McGregor could line up a fight with welterweight champ Kamaru Usman, who was cageside for the fight. Maybe McGregor wants to go the route of “BMF” champ Jorge Masvidal, who was also in attendance watching with interest.

The biggest takeaway from the night is that the fight world is, once again, Conor McGregor’s to control.

Cowboy is running out of rides: While no one should take anything away from McGregor’s impressive performance, there are a few numbers that should provide some insight. First, Cerrone is now 4-7 since 2017. Second, Cerrone has now suffered five TKO losses in that same span. Prior to that stretch, he had only been stopped by strikes twice in his career.

Cerrone is only 36 years old, but his body has a ton of miles on it and it is starting to show in his performances. Sure, his recent downturn in success has come against top-tier opponents. But he is starting to look a lot like a fighter who can’t compete at that level anymore. Cerrone will never be a man who backs down from a challenge or gives anything less than his best in the Octagon. But his best is not getting it done against the top end of the fight game anymore.

Holly Holm is stuck: Holm picked up a win over Raquel Pennington in their women’s bantamweight co-main event rematch. Holm remains an extremely competent fighter, though success has been spotty for her since her sport-changing knockout of Ronda Rousey in November 2015. Much like Cerrone, Holm is in a sort of career limbo. She is now 3-5 since her championship victory over Rousey, with all five losses coming in title fights with the exception of a decision loss to Valentina Shevchenko, who became flyweight champ a little over two years later.

Holm can still defeat most women in the UFC, but she doesn’t seem able to get back to the top of the mountain. And with Amanda Nunes standing in her way of reclaiming the bantamweight title, Holm likely won’t get back to champion status any time soon. That leaves her in an unenviable position of operating as more of a gatekeeper than a contender.

Carlos Diego Ferreira’s stock rises, Anthony Pettis’ falls: Ferreira scored a slick neck-crank submission of Pettis to pick up his sixth consecutive victory. An anti-doping violations sidelined him for a long stretch of that run, and he missed out on another opportunity due to a weight cut gone wrong last May. But wins are starting to pile up for the Brazilian, and being the first man to submit Pettis, a former lightweight champion, certainly is a nice feather in his cap.

Pettis, much like Holm, has gone on a bad run since his time as champion. He’s 4-8 since 2015, the losses largely coming against champions or top contenders until running into Ferreira. He seemed like a future superstar when he came from the WEC’s cage to the UFC’s Octagon but has largely faded into the background as a tough fighter who remains capable of brilliant moments. The problem is he’s no longer an elite lightweight or welterweight despite only being 32 years old.

Maycee Barber’s real test comes next: Barber was the biggest favorite on the UFC 246 card. The 21-year-old was expected to blow through Roxanne Modafferi in their women’s flyweight bout and continue her rise up the rankings. Instead, Modafferi pulled off the massive upset to derail Barber’s hype train. The loss comes with an asterisk, however. Barber had clearly lost the first round, but suffered a knee injury when she went backward from a Modafferi punch in the second. She was unable to explode offensively from that point on, leading to more freedom for the veteran to blast away on the feet and continue to score takedowns.

Setbacks happen in sports, and seeing how Barber comes back from a loss where seemingly everything went wrong may be a far more interesting story to follow than had she picked up the expected victory. Suffering a massive derailment in your life can be devastating at such a young age. That is only amplified in a sport where those setbacks come while you’re getting punched in the face. Barber has the opportunity to show a defining mental toughness to cope with the loss and injury and come back stronger. If she can do that, her star will only continue to rise.