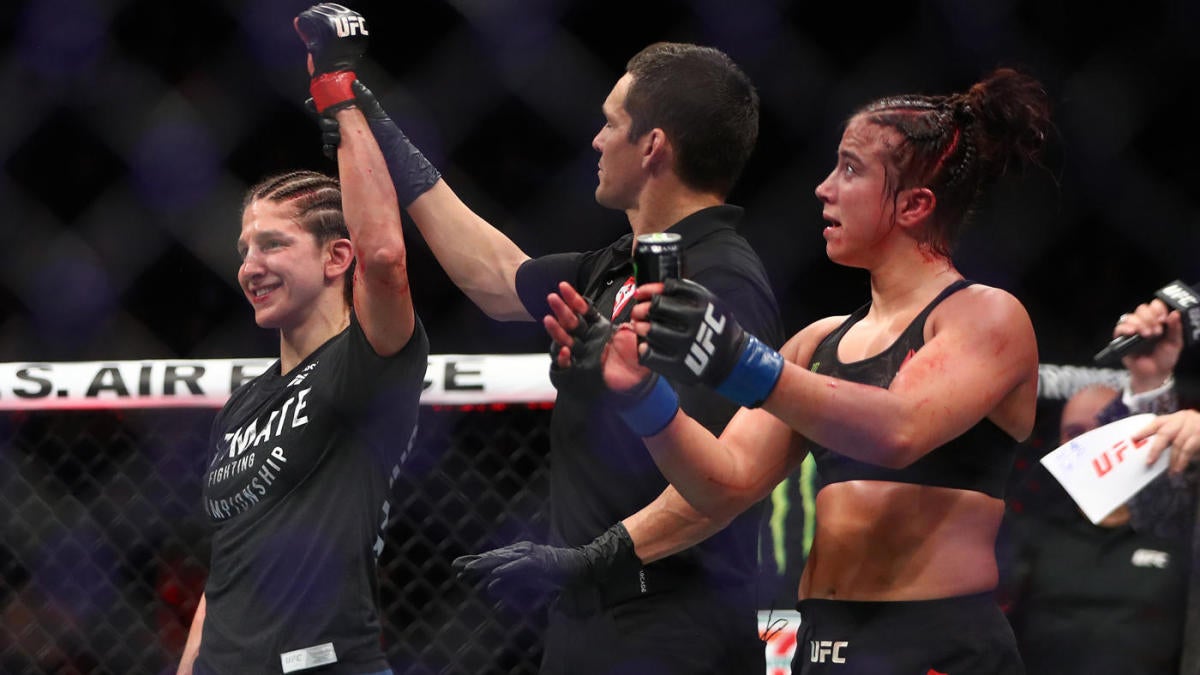 Maycee Barber was just five years old when Roxanne Modafferi made her pro MMA debut. Now 21, Barber found herself standing across from Modafferi in the UFC’s famed Octagon. With Barber the biggest betting favorite on the card, the fight was, on paper, a crossroads fight of a rising young star against a veteran gatekeeper. Modafferi had other plans, scoring a huge unanimous decision upset to close out the preliminary card of UFC 246.

Modafferi put the younger Barber through her paces starting from the opening round, scoring a takedown and spending much of the round in top position. Round 2 took an even worse turn for Barber as she went to the canvas following a Modafferi jab. Barber reached down for her knee immediately, suffering an injury that would clearly hamper her for the remainder of the bout. Between the second and third rounds, the ringside physician checked Barber’s knee and informed the referee he believed she had suffered a “small, partial tear” of her ACL but allowed the fight to continue.

By Round 3, Barber was also sporting a crimson mask of blood while limping around the ring and stumbling with every punch landed by Modafferi. She was struggling to find any ground offensively while Modafferi was able to do whatever she wanted. Barber had one brief moment of hope, locking in an Americana submission attempt, but when she couldn’t finish the hold, the results seemed academic. The official scorecards gave the veteran the clear decision by scores of 30-27, 30-27 and 30-26.

“I see that Maycee’s leg is injured, so I wish her a very speedy recovery,” Modafferi said following her victory. “I wanted to prove that I’m not just a veteran gatekeeper. I’m getting stronger and I think I belong in the top 10.”