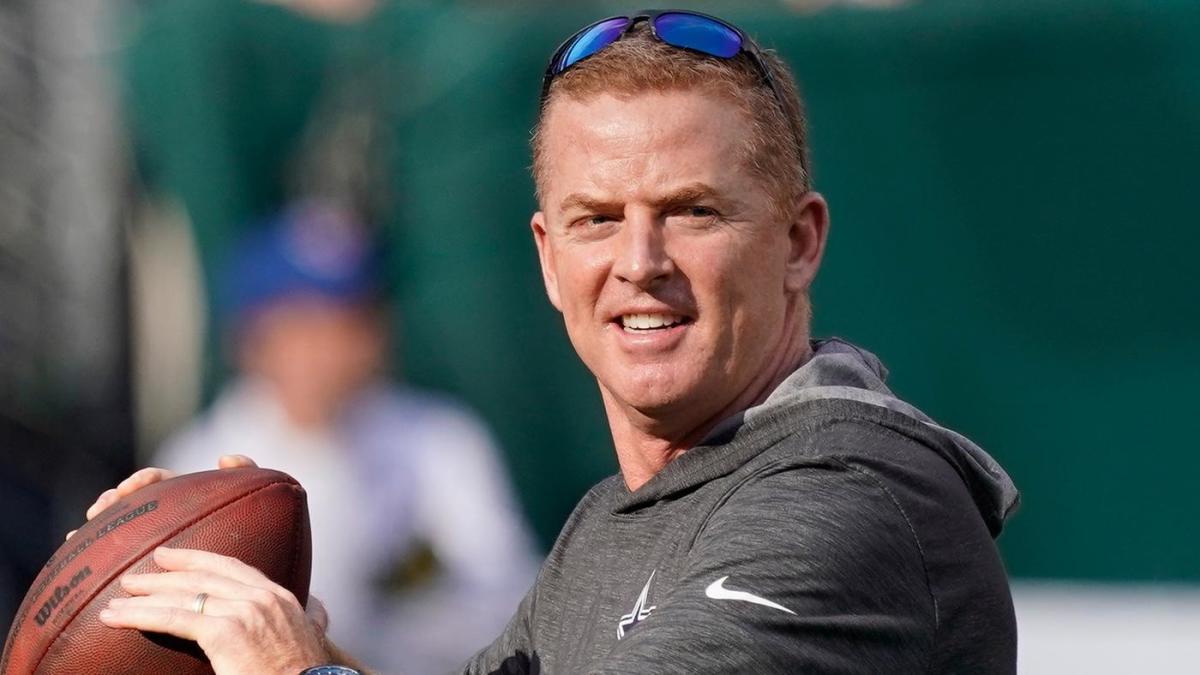 The Cowboys‘ head coach from 2010-19, Garrett spent four seasons as a backup quarterback with the Giants after winning two Super Bowls as Troy Aikman’s backup in Dallas. Garrett broke into coaching in 2005, serving as the Dolphins‘ quarterbacks coach under current Alabama head coach Nick Saban. He became the Cowboys’ offensive coordinator in 2007, served as an interim coach in 2010 and became the team’s full time head coach in 2011.

“Excited to be back,” said Garrett, who compiled an 85-67 record as the Cowboys’ head coach. “Had a great visit (in New York) this past week. Obviously have a little history with the Giants. It’s fun to be back in the building. Can’t wait to get going.”

Garrett, who presided over several dynamic offenses in Dallas, was asked why he wanted to join the Giants’ coaching staff less than a month after parting ways with the Cowboys.

“It’s just a first-class organization,” Garrett said. “You think about the history and tradition of the New York Giants franchise and what the Mara’s have built and what the Tisches have built, and all the great teams, all the great coaches, all the great players who have been a part of this organization throughout this history. When you’re a player in this organization like I was for four years, you feel that. You feel that history, you feel that standard, and I was so fortunate to be a part of it. Played with some great players, played under some great coaches and most importantly, played for a great organization. Really great to be back, excited to get going.”

Garrett said that he developed a quick rapport with Joe Judge, the Giants’ new head coach who also coached under Saban in Alabama. Judge, who also has an offensive background, spent the previous eight years as an assistant on Bill Belichick’s coaching staff in New England.

“We had a great day together,” Garrett said of his meeting with Judge. “I didn’t know Joe real well; been around him on a couple different occasions and had really good conversations with him, really good football conversations. He and I know a lot of the same people. I worked for Coach (Nick) Saban, he worked for Coach Saban. Coach has always said such great things about Joe, and so many other people that he’s been around that I’ve been around say the same thing. What he’s like as a person, what he’s like as a football coach.

“We visited over the phone this past weekend and had a great talk. It was probably one of those talks, I don’t how long it was; a half hour, 45 minutes. It probably could have gone all night. Just talking back and forth, getting to know each other a little bit more, talking about football. And that’s when we decided it would be a good idea to come up, spend the day together, and that’s what we did on Wednesday. Had a great visit with him, a couple members of the staff, other people in the organization and it just felt right to me. Felt really comfortable to be around him. I think we have shared values as people and shared values as football coaches and what we want to build with the Giants.”

Garrett said that he continues to have a relationship with Saban, college football‘s winningest coach over the past two decades.

“This was my first chance to be in the staff room, and to be on the other side of it as a coach,” Garrett said of working on Saban’s staff in Miami. “And (to) have Coach Saban be the guy who showed me how to do it was an invaluable experience. I can’t tell you the number of times that I’ve thought about the situations as an assistant coach or a head coach and you thought about how Coach Saban would handle it. And oftentimes I would call him and would ask him how he would handle it. Just a great resource, a great friend and a great mentor for me for a number of years.

“Knowing Joe went through that same experience at Alabama, again I think that allows us to connect at a deeper level. We’ve been so fortunate to be around such great people throughout our careers.”

After working with Tony Romo and Dak Prescott in Dallas, Garrett will have a chance to work with Daniel Jones, who showed promise during his rookie season despite the Giants’ 4-12 record. The sixth overall pick in last year’s draft, Jones completed nearly 62% of his passes with 24 touchdowns and 12 interceptions.

Garrett, who coached against Jones last season, said that he and the Cowboys were high on Jones coming out of Duke.

“We thought a lot of him coming out of college,” Garrett said. “We weren’t in the market for a quarterback in the first round the year he came out, (but) you still go through that evaluation process. Anybody who was around him in our organization with the Cowboys just thought the world of him. He was highly regarded on our draft board, someone we thought (highly) about. His training with Coach (David) Cutcliffe down at Duke, the career that he had down there was something everyone was drawn to.

“I think maybe more than anything else the kind of young man he is. That’s what we thought coming out in the draft, and by all accounts, in his first year with the Giants, that’s what everyone had said. He loves football, works very hard at it, first one in the building, last one to leave. Wants to be a great player, wants to be great for the team. I really like how we played when we played against him and when we saw him on film this year. He was tough, he was competitive, playing the game the right way. Not an easy to do for a rookie quarterback to do in the NFL, but certainly excited to get to work with Daniel.”

Like Jones, Prescott also was thrust into the starting lineup as a rookie, something that Garrett acknowledges isn’t easy, but if a young quarterback can persevere in that situation, it makes all the difference moving forward.

“It’s a big challenge for any rookie in the NFL,” Garrett said. “I don’t care what level of college football you played at, it’s a jump, it’s a transition to play in the National Football League, and no position more challenging than the quarterback position. There are a lot of different things going on for a quarterback, and it takes time to function well at a high level at that position. For Daniel to go in and play as well as he did last year, again, from an outsider’s perspective, was really impressive. Again, I think it has a lot to do with the kind of young man he is.”

Garrett, who said that he leans on the coaches he played under as well as his own playing experience when working with players, agrees with Judge’s philosophy on how to develop young players at the NFL level.

“You have to embrace the teaching part of it,” Garrett said. “That’s the best part of coaching is teaching guys and helping them grow individually in the context of the team. There’s so many moving parts at the quarterback position. There’s so much to learn. And I’ve always just tried to embrace teaching each aspect of it, and been fortunate to be around a lot of good players.”

In terms of his offensive coaching philosophy, Garrett said that he wants to build an offense that complements the skillsets of its players. He also wants an offense that can adapt based on what it needs to do have success on a weekly basis. That might be running the ball 40 times on week, then throwing it 50 times the following week.

“You wanna attack defenses different ways, and that starts with run and pass,” Garrett said. “You wanna be as balanced as you can be. And then within the running game, you wanna be able to do different things schematically, direct runs, indirect runs, misdirection runs, all of those things with the emphasis on attacking different ways. But the foundation of that is being physical, we want to be a physical football team. My experience as a player and a coach is, it’s hard to be a great football player and be a great team if you’re not physical, so that’s where it will start.

“You never want to be constricted by your system. You have to be comprehensive enough and flexible enough to make sure that you’re putting your players in positions to be successful.”

While having an offense that is capable of changing its identity on a weekly basis can be a challenge, Garrett said that it starts with the basis premise of being physical. Whenever the Giants have had success, whether it was Frank Gifford in the ’50s or the Bill Parcells Giants of the ’80s and ’90s or Tom Coughlin’s Giants of the 2000s/early 2010s, it was based on the premise of being physical. That’s the type of mindset Garrett wants to help bring to the Giants, a franchise that is looking to gain the upper hand on his former team in the NFC East.

“We’re gonna be a physical offense, we’re gonna attack different ways,” Garrett said. “And within games, there’s gonna be times when we’re gonna run it a lot more, and there’s gonna be times when you’re gonna throw it a lot more. You wanna aggressively take what the defense gives you, and you have to be able to execute in both areas and execute within each area a few different ways based on what you have to do that week to win that ballgame.”