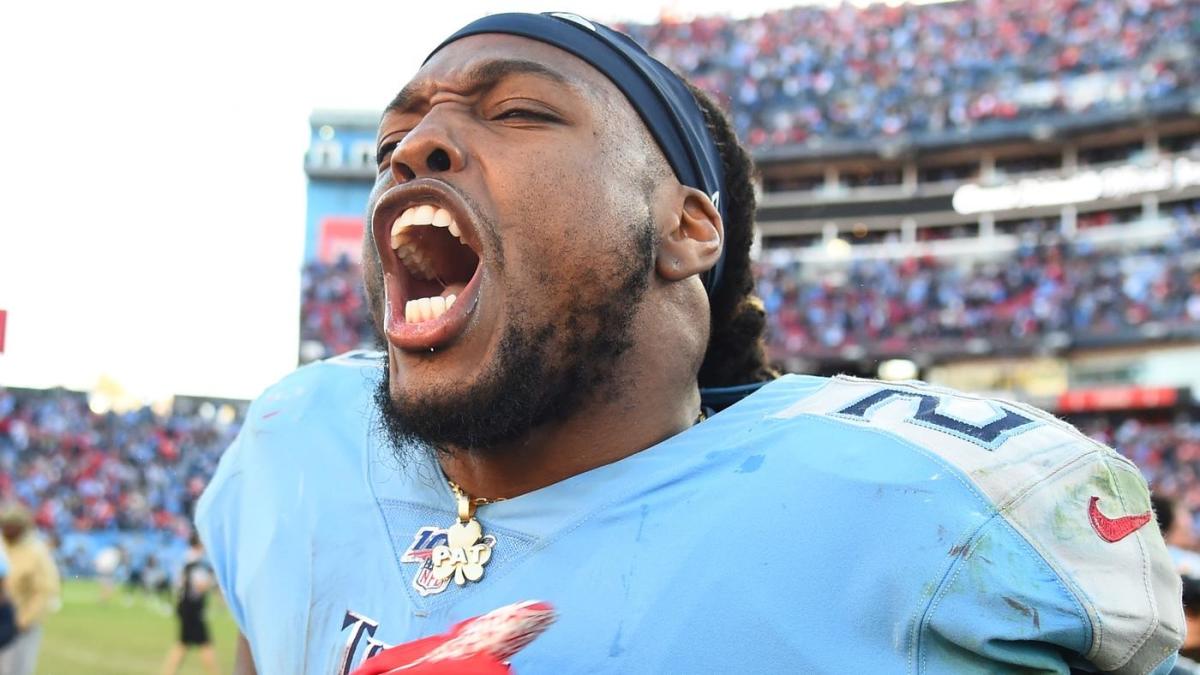 If the Chiefs are going to reach the first Super Bowl for the first time since Richard Nixon was president, they’re going to have to go through a Titans team that ran over, around and through them the last time these two faced during the regular season.

Behind Derrick Henry’s 188 yards and two touchdowns, the Titans won a shootout over the visiting Chiefs despite facing an early 10-0 deficit. While Tennessee’s 35-32 victory proved that the Titans could run with the AFC’s top-tier teams, it also served as a turning point in the Chiefs’ season. After a 6-4 start, Kansas City wouldn’t lose again during the regular season, winning their last six games before rallying back from 24 points down to defeat the Texans in the divisional round of the AFC playoffs. While Patrick Mahomes and the Chiefs’ offense have continued to score points, Kansas City’s defense has seen considerable improvement during their seven-game winning streak.

While the Chiefs’ defense has improved in the two months since facing the Titans, have they improved enough to slow Henry and his teammates in the rematch? We’ll tackle that question and more regarding Sunday’s game, but first, here’s some information about how to follow the action in real time.

As alluded to above, the Chiefs’ defense has been one of the league’s best since Week 10. During their last six games of the regular season, Kansas City’s defense allowed an average of just 11.5 points per game while holding three opponents to nine points or less. Their run defense, which at one point had dropped to 30th in the league, allowed an average of just 95 yards per game during their final six games of the regular season while improving to 23rd in the NFL against the run.

In last Sunday’s win over the Texans, the Chiefs’ defense, led by defensive linemen Frank Clark and Chris Jones, safety Tyrann Mathieu and linebackers Anthony Hitchens and Damien Wilson, held Houston to 94 rushing yards. They also sacked Texans quarterback Deshaun Watson five times while holding Houston to 5 of 15 on third down and 1 of 5 on fourth down. The Chiefs did allow Watson to throw for 388 yards and two touchdowns, with most of that damage taking place during Houston’s early scoring spree.

While his name was rarely mentioned in the NFL’s MVP conversation, Mahomes, who missed two games due to injury during the regular season, enjoyed another stellar season, completing nearly 66% of his passes with 26 touchdowns and just five interceptions in 14 regular season games. Last Sunday, Mahomes threw five touchdown passes, with three going to tight end Travis Kelce, who earned his fifth consecutive Pro Bowl selection this year after catching 97 passes for 1,229 yards and five touchdowns. Damien Williams rushed for two of the Chiefs’ seven touchdowns, while Mahomes finished as game’s leading rusher with 53 yards on seven attempts.

It’s safe to say that Mahomes won’t be the leading rusher on Sunday, as his defensive teammates will be tasked with trying to contain Henry, who has rushed for a staggering 588 yards and four touchdowns over the Titans’ last three games. The league’s leading rusher this season, Henry bowled over the Patriots‘ stout defense to the tune of 182 yards and a score before rushing for 195 yards in Tennessee’s upset win over Baltimore in last weekend’s divisional round.

Tennessee is 9-3 this season with quarterback Ryan Tannehill under center. While he hasn’t put up gaudy statistics, the Dolphins‘ former first-round pick has done just enough to keep the Titans’ offense at bay while not putting his defense in unfavorable positions. Tannehill’s favorite target this season has been receiver A.J. Brown, who was recently named to the Pro Football Writers of America’s All-Rookie Team after catching eight touchdowns and averaging over 20 yards per catch during the regular season. The Titans have also received a stellar season from punter Brett Kern, who earned All-Pro honors this season as well as his third consecutive Pro Bowl selection.

The Titans’ defense, after finishing 12th in the NFL in scoring during the regular season, has been on fire over the past two weeks. Led by cornerback Logan Ryan, linebackers Rashaan Evans, Harold Landry and Jayon Brown, and safety Kevin Byard, Tennessee surrendered just 25 points while forcing five turnovers in their two playoff wins over New England and Baltimore. While they did allow 530 total yards in last Saturday’s win over the Ravens, Tennessee’s 3-0 turnover margin was among their biggest keys to victory. The Titans were also able to apply pressure on Ravens quarterback Lamar Jackson, sacking him four times while forcing several errant passes.

As well as the Titans have played to get to the AFC Championship game, the Chiefs’ offensive potential makes them the clear favorite to win Sunday’s game. While Tennessee took advantage of a watered down Patriots offense and a Ravens offense that was without a healthy Mark Ingram, the Chiefs will have their full complement of offensive playmakers on Sunday. Assuming weather doesn’t play a factor, Mahomes and the Chiefs should be able to do something the Patriots and Ravens weren’t able to do against the Titans: score over 20 points while forcing Tannehill to make plays through the air.

While Henry and the Titans are capable of pulling off the upset, the safe bet should be on Mahomes leading the Chiefs to their first Super Bowl appearance since January 1970.