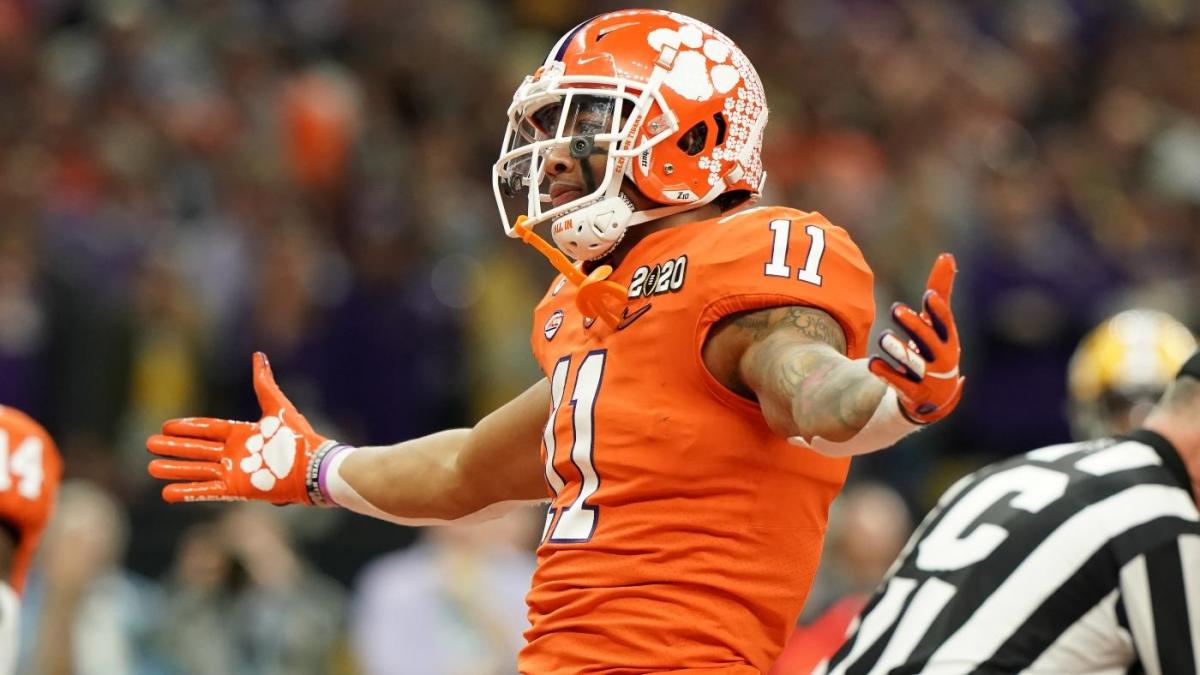 Clemson’s Isaiah Simmons can not be labeled as a linebacker or safety or slot cornerback. It would be unfair to his skill set. Fans witnessed his rare ability recently in the College Football Playoff National Championship. Simmons, who has declared for the 2020 NFL Draft, can play a handful of positions, which is why he is so valuable to NFL teams.

During the regular season, Simmons played five different positions, according to Jordan Reid of The Draft Network. He spent 253 of 635 eligible snaps (40 percent) as a slot cornerback. He also spent 166 snaps at safety (26.1 percent), 132 snaps at outside linebacker (20.1 percent), 72 snaps at inside linebacker (11.3 percent) and 12 snaps as a boundary cornerback (1.9 percent).

There is an old saying that goes “Jack of all trades, master of none.” Simmons is the exception to that rule. He excels in so many different areas on the field, which makes him a perfect fit for the modern NFL. Teams with a top-five pick like the Lions (No. 3) and Giants (No. 4) should think long and hard before passing on such a versatile player who is athletically gifted in all his role and who creates a difficult visual for opposing quarterbacks. Prior to the snap, the quarterback is trying to read where each player is on the field and predict their task on that particular play.

Here is an example: Denver Broncos cornerback Chris Harris Jr. walks onto the field. He might blitz but, in all likelihood, his assignment is to mirror the slot receiver. In the same game, edge rusher Von Miller walks onto the field. His 112.5 career sacks versus three interceptions are an indicator that his coach is asking him to rush the passer, not drop into coverage. Safety Justin Simmons then walks onto the field. He could be sent on a blitz but his four interceptions this season did not happen in the backfield. Before the snap, the quarterback is reading each of these players. He visualizes where they are positioned, who they are communicating with and any step they take to tip off post-snap movement. Those are typically solidified roles.

Finally, Isaiah Simmons walks onto the field. The quarterback has no idea what he will do on any given play. He could line up as a single high safety and later crash the backfield because of his speed. He could line up off-ball, drop into coverage and take away half the field. On one particular play, he lines up in the box. The quarterback reads run support or maybe blitz. The snap, Simmons suddenly bolts back into coverage. Now, the quarterback’s first read is gone. He frantically starts working through his progressions, which only gives Miller more time to get home for a sack. That’s just one example of how the Kansas native impacts play.

Pictures and videos say a thousand words, right? Here are some examples of plays that the junior has already completed.

On this play, Simmons is playing on the edge spying the quarterback. Watch as the quarterback commits to one direction and the Clemson star reacts, bursting towards the ball.

Here is another example. On the first play, against Ohio State, Simmons is playing single high safety. He reads the eyes of quarterback Justin Fields and covers half the field to come over and make an interception.

One more play: Simmons is playing safety again but closer to the box. He breaks hard on a shallow crossing route underneath. The play is stopped for a short gain.

He is such an instinctual player. One trait that immediately drew my attention to Simmons is his consistency as an open field tackler. If you have ever walked through a wooded area, Simmons is the burr that gets attached to your clothes. You’re not really sure how it even got there, but it freeing itself from your clothes is not really an option. If you are still not convinced, maybe this will help: Simmons once went toe to toe with running back Travis Etienne in a foot race. Etienne is a likely second-round pick and one of the fastest players in the 2020 NFL Draft class. Do not be surprised when he leads the pack as a vertical jumper at the NFL combine either.

One of my favorite plays in film study went like this: The Tigers were playing South Carolina. Simmons is covering wide receiver Shi Smith, who is smaller in stature but fast, down the field. It is simply not enough for him to mirror the receiver down the field with his length and take away the play, Simmons actually gets his head around to find the ball and knock it down. He tackles with such great balance and changes directions well. There is nothing that he can not do.

Simmons has been a top-five talent in my rankings from the beginning but he currently sits at No. 6 in our CBS Sports composite rankings. Several teams could use a defensive chess piece like him, but keep an eye on the Detroit Lions, New York Giants, Carolina Panthers and Arizona Cardinals.