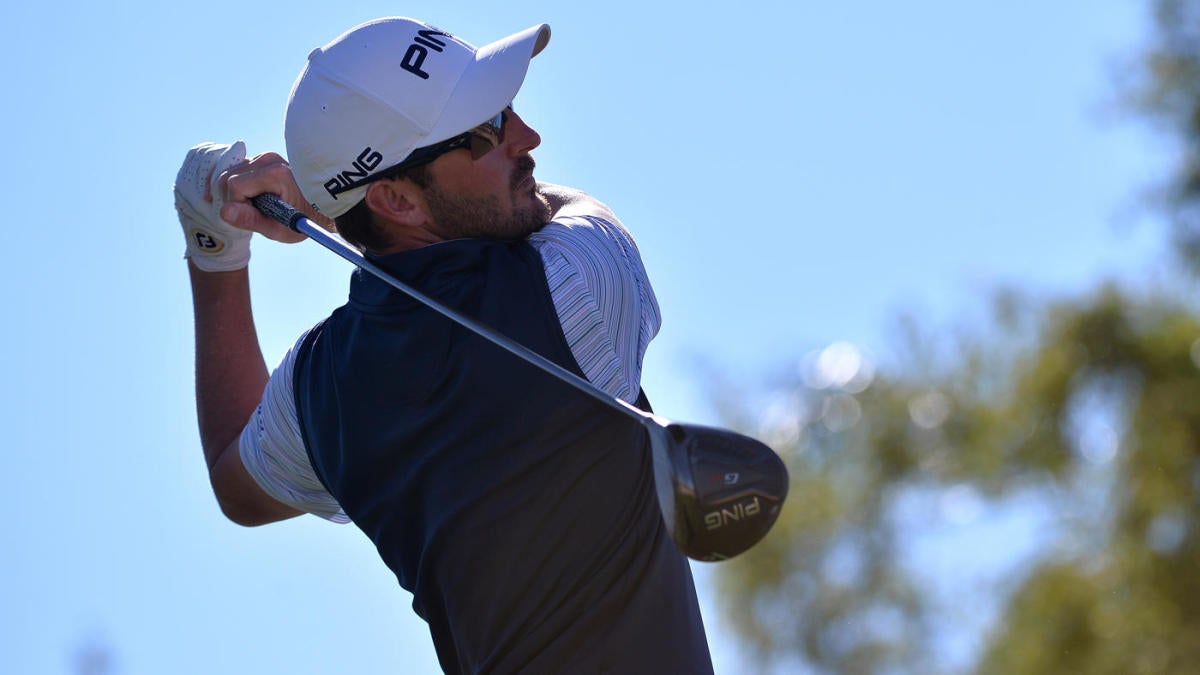 Landry shot a 7-under 65 at PGA West’s Jack Nicklaus Tournament Course to join Scheffler atop the leaderboard at 21-under 195, four strokes ahead of third-place Rickie Fowler.

Scheffler had a 66 on the adjacent Stadium Course, also the site of the final round Sunday.

“It’s a tough course. It’s a good track,” Scheffler said. “If you’re not on your game, you can really struggle. There’s a lot of trouble out there, so you’ve got to hit a lot of quality shots to keep the ball in play. Good test.”

Fowler, tied with Scheffler for the second-round lead, overcame two front-nine bogeys to shoot 70 at the Stadium Course. At the event for the first time in six years, he played the Pete Dye-designed course for the time Saturday after only taking a quick scouting drive early in the week.

“I was actually surprised by the green speed early on,” Fowler said. “They were a bit slower than what I’ve seen the last two days, so adjusting to that, really didn’t have anything go in early on until the ninth hole. But I thought I did a good job of hanging around, not getting too far behind.”

Ryan Moore and Chase Seiffert were five strokes back at 16 under. Moore had a 67 at the Stadium, and Seiffert shot 67 on the Nicklaus layout.

Tournament host Phil Mickelson missed the cut by six strokes. The 49-year-old Hall of Famer finished three rounds at 3 under. He eagled the par-5 16th on Saturday in a 71.

Landry lost a playoff to Jon Rahm two years ago at PGA West. The 32-year-old Texan has found something in the desert after missing the cuts in seven of eight starts this season.

“It’s been a heck of a week so far with my ball-striking,” Landy said. “Just kind of one day’s ball-striking, the next day’s putting and putting’s just been here all week. So, we’ll just keep riding it out and see what happens tomorrow.”

The 2018 Texas Open winner closed with a 12-foot par save on the par-4 ninth after bogeying the par-3 eighth. He birdied six of his first eight holes.

Scheffler got a break on his final hole, escaping with par on the par-4 18th after his drive bounced out of the rocks along the left-side water and into the fairway.

“I was just trying to hit a little draw 3-wood — and I drew it a lot,” Scheffler said. “I’m not sure if it would have crossed up there, so it was a great break bouncing off the rocks like that. I guess you take them where you can get them.”

The 23-year-old former University of Texas star is in his first season on the PGA Tour after winning twice and topping the Korn Ferry Tour Finals and overall points lists.

“I think winning is pretty similar at all levels of the game, and I feel like I’ve gone a good job of closing tournaments out, especially last year on the Korn Ferry Tour,” Scheffler said. “So, looking back on that experience should definitely help. It should be a fun day.”

The leaders became friends when Scheffler was in college.

“I live in Austin,” Landry said. “I’ve kind of watched his career, because I work with Chuck Cook out at UT Golf Club, so I’ve known Scottie for a little while. … I’m going to feel super comfortable out there with him. And hopefully he doesn’t hit it too far by me.'”‘

Tony Finau, at No. 15 the top-ranked player in the field, followed a second-round 62 on the Nicklaus Course with a 71 at the Stadium alongside Mickelson. He was seven strokes back.