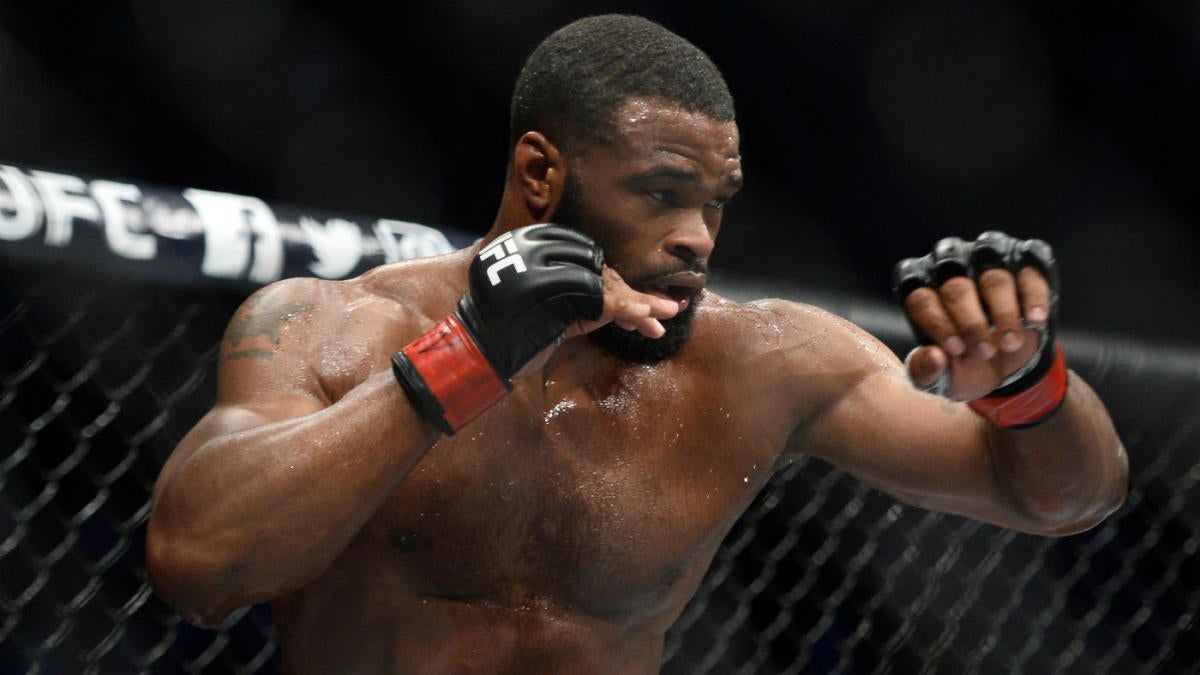 In a stacked UFC welterweight division, a de facto title eliminator has been set. Former champ Tyron Woodley will face off with rising contender Leon Edwards when the UFC returns to London on March 21. The fight will be Woodley’s first bout since losing the title to Kamaru Usman.

The fight was originally reported by ESPN based on a statement from UFC president Dana White. Contracts have not yet been officially been signed but are expected to be in the coming days. The event takes place at London’s O2 Arena.

Woodley knocked out Robbie Lawler at UFC 201 in July 2016 to claim the 170-pound crown. He would successfully defend the belt four times, one of which was a draw against Stephen Thompson. During a 6-0-1 run that included his title reign, the UFC began advertising Woodley as possibly the greatest welterweight of all time. But he was thoroughly dominated in his title loss to Usman and now will look to get back on track against Edwards.

Edwards is on an eight-fight win streak that includes wins over Donald Cerrone, Gunnar Nelson and Rafael Dos Anjos. He has a 10-2 record in the Octagon, with the most recent of those two losses being a December 2015 loss to Usman.

With Jorge Masvidal potentially in line to receive a title shot at Usman and Colby Covington eventually coming back after suffering a broken jaw in his loss to the champ, the depth at 170 pounds is impressive. The winner of Edwards vs. Woodley has as solid a claim as anyone to a title bout in 2020.