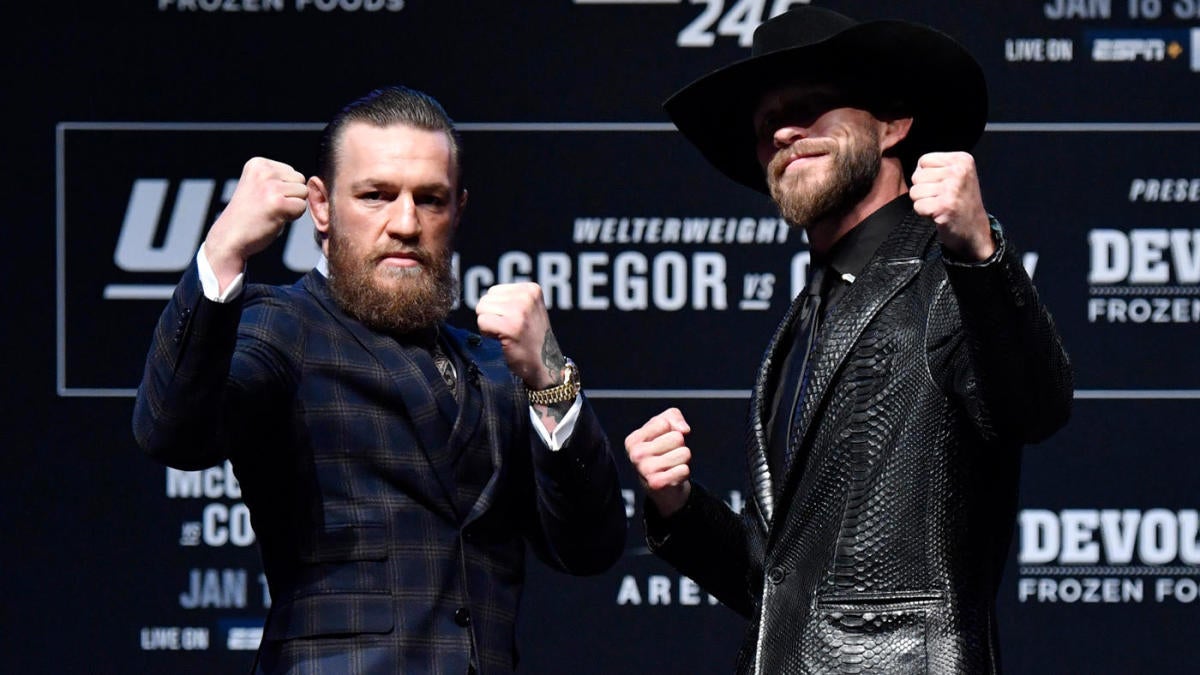 It has been a long time since fans and media have had to make a prediction for a Conor McGregor fight. After more than a year out of action, the former featherweight and lightweight champion is set to return to the Octagon when he faces Donald Cerrone in the main event of UFC 246. Despite a potential lightweight title shot for McGregor hinging on the result, the fight will be contested at welterweight.

In the co-main event, former champ Holly Holm will face Raquel Pennington at women’s bantamweight. Another former champ will open the card when Anthony Pettis returns to the division he used to rule when he takes on Carlos Diego Ferreira at lightweight. The CBS Sports experts have provided predictions for all five main card bouts as the UFC gets ready to kick off 2020 with the biggest star in the sport’s return to the Octagon.

Get ready for Saturday’s showdown in Las Vegas by listening to the State of Combat with Brian Campbell where we break down everything you need to know in the Octagon, including an in-depth preview of McGregor vs. Cerrone with Hall of Famer ‘Suga’ Rashad Evans.

Buckle up, it’s going to be a wild ride. Let’s take a closer look at the rest of the card with the latest odds from MGM.

Campbell on why McGregor will win: While the question regarding which version of McGregor shows up remains the most important one entering Saturday, especially considering his inactivity, this remains a fight the “Notorious” one can and should win. Cerrone is certainly no slouch, but he’s 36 and fresh off a pair of knockout defeats. He also has failed nearly every time he has stepped up to the elite level. Does McGregor need to finish the fight early to have the best chance? Of course. But the combination of his punching accuracy and Cerrone’s flash chin is simply too difficult to overlook. McGregor may never be able to regain the magic he lost by being submitted against Nurmagomedov, but a win against Cerrone is a prerequisite for his return to prominence.

Brookhouse on why McGregor will win: There’s a sad truth to this fight: Cerrone has already admitted that he will not fight a smart fight. McGregor’s biggest deficiencies are on the ground and through his cardio — which can also be exploited by forcing him to engage in grappling exchanges. Cerrone has said that he has no intention to take the fight to the ground, though. His plan is to “test himself” against McGregor’s striking. Cerrone is no slouch in the striking arena, but barring a concussive knockout shot, a striking war between the two goes the way of McGregor. And if Cerrone is throwing all strategy out the window, he’s going to go down in a firefight and he’s going to go down quickly.

Coca on why McGregor will win: Conor needs this win. He sounds focused, determined and ready. His weight looks on point, but it’s still right to question his cardio. I’m looking for McGregor to keep this on the feet and use his hand speed to set the tone. Feel out Round 1, KO in Round 2.

Who will win Cerrone vs. McGregor, and how exactly does each fight end? Visit SportsLine now to get detailed picks on every fight at UFC 246, all from the expert who’s up more than $19,000 on MMA in the past year.