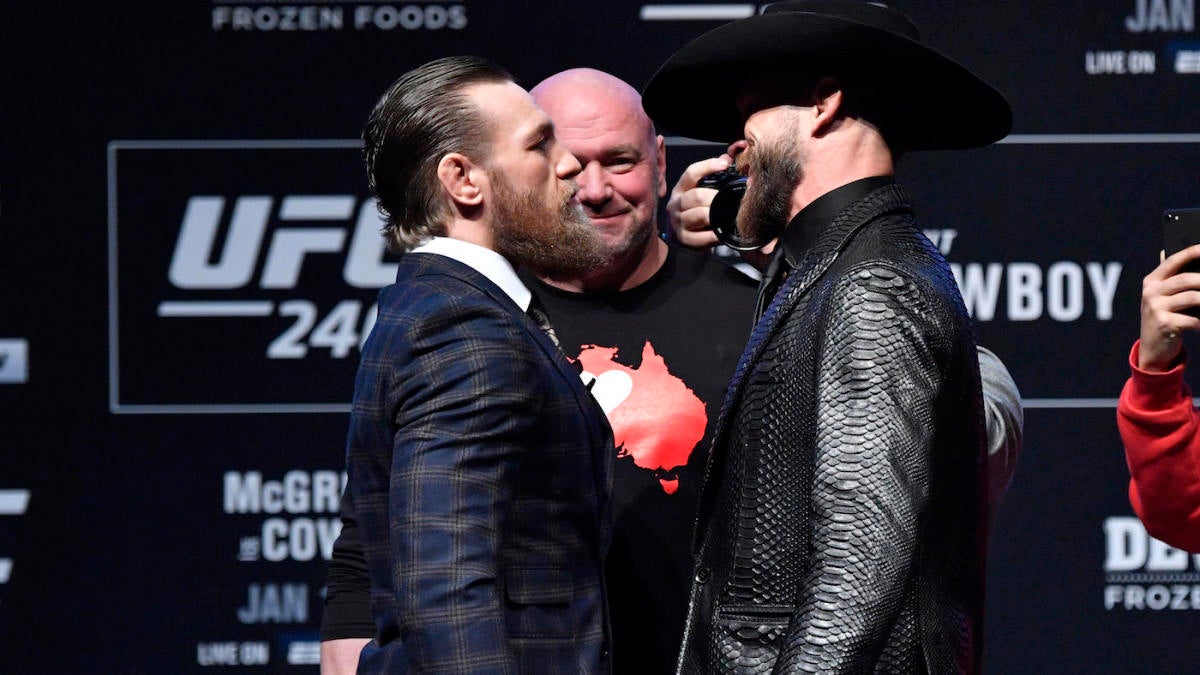 UFC 246 on Saturday night at the T-Mobile Arena in Las Vegas will be an event you won’t want to miss. The sport’s biggest star, former two-division champion Conor McGregor, is set to make his return to the Octagon for the first time in over a year when he takes on Donald “Cowboy” Cerrone in a welterweight tilt. Before we get to the UFC 246 event, though, all the fighters set to compete on Saturday night had to, of course, hit the scales.

McGregor came in right at the 170-pound limit, not requiring the extra-pound allowance for a non-title fight. Cerrone also weighed in at exactly 170 pounds. Former women’s bantamweight champ Holly Holm and her opponent, Raquel Pennington, both hit the mark for their women’s bantamweight co-main event clash. Maurice Greene and Aleksei Oleinik checked in fine for their heavyweight showdown, and lightweights Diego Ferreira and Anthony Pettis came in on point for their lightweight fight.

The only fighter on the main card who failed to make weight was Alexa Grasso, who came in 5.5 pounds overweight for her women’s strawweight clash with Claudia Gadelha, and the ramifications were felt quickly. Shortly after the weigh-ins, the Nevada State Athletic Commission announced that the women’s 115-pound contest was off the card because of the six-pound difference between the competitors. The permitted weight difference between fighters in the women’s strawweight division is three pounds.

Let’s have a quick look now at all the weights from the UFC 246 main card fights that were made official on Friday morning in Las Vegas.

With the early weigh-ins complete, the ceremonial weigh-in festivities will take place on Friday at 7 p.m. ET. Main card action on Saturday night from the T-Mobile Arena starts at 10 p.m. ET.