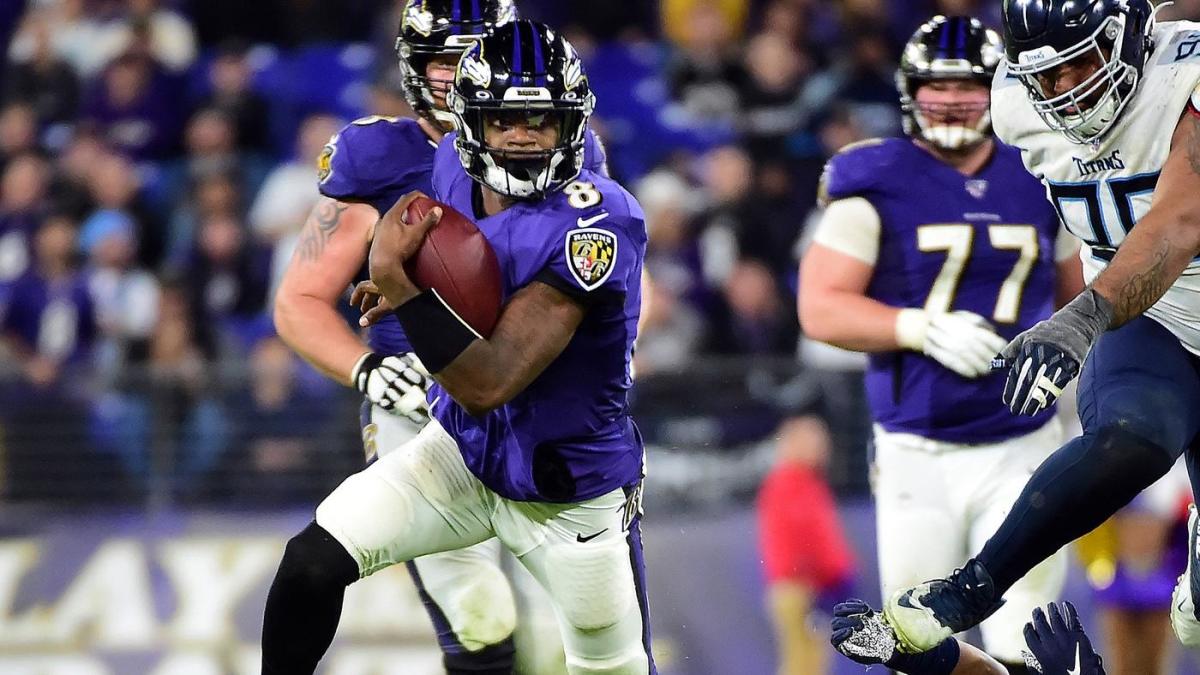 John Harbaugh and his staff will coach in the Pro Bowl after his Ravens were upset by the Titans in the divisional round of the AFC playoffs. His quarterback is coming with him, too.

On Friday, it was confirmed that Ravens quarterback Lamar Jackson will take part in this year’s Pro Bowl, which will take place next Sunday from Orlando.

“Lamar wants to go, he’s fired up,” Harbaugh said of Jackson’s eagerness to play in the NFL‘s all-star game, via the team’s official website. “He told me he couldn’t wait.”

While he’d surely rather be playing in the AFC Championship Game, Jackson is apparently excited to end his season on a high note after he and his teammates suffered a 28-12 loss to the Titans that saw Jackson throw two interceptions. Jackson, who will likely receive the league MVP award during next month’s NFL awards ceremony, dropped to 0-2 in the playoffs despite amassing 508 all-purpose yards against the Titans’ stout defense.

“I don’t really care about what they say,” Jackson said after Baltimore’s season-ending loss when asked about his critics. “This is my second year in the league; many people (aren’t) even able to make it to the playoffs. I got a great team with me. I’m not even really worried about what other people say. I’m just gonna keep going, get ready for next year.”

Despite his disappointing ending, Jackson enjoyed a record-breaking 2019 regular season that saw him led the NFL with 36 touchdown passes while completing 66.1% of his passes. He also rushed for 1,207 yards — the most by a quarterback in one season in NFL history — while leading the league with a 6.9 yards-per-carry average.

“I think it’s really interesting to look at Lamar Jackson,” Harbaugh said of his quarterback during his season-ending press conference. “Look at the progress he made in last year, because the same question, I think you asked it last year, how is gonna get better going forward and he did a good job, right? He’s 23-years-old. He’s younger than Joe Burrow, OK? So he’s got a pretty good head start right now. He’s along the way. The Manning brothers had five losses in their first five playoff games before they won one. Montana, Young, and Favre didn’t start a playoff game until their third season. Brees and Aikman until their fourth season and Rodgers until his fifth season. Interesting. Everybody’s different, right? But I’m really confident in Lamar and him understanding the things he needs to do to get better.”

Before he begins preparations for next season, Jackson will make his Pro Bowl debut while being one of 13 Ravens selected to play in the league’s exhibition game. Baltimore initially had 12 Pro Bowl selections before lineman Orlando Brown Jr. was selected to replace Raiders‘ lineman Trent Brown, who is dealing with a chest injury.

Not every Ravens Pro Bowler will play in the Pro Bowl, however, as cornerback Marcus Peters, who is dealing with in injury, will be replaced by Pittsburgh’s Joe Haden. The Ravens 12 initial Pro Bowl selections were the most by an NFL team (prior to any additions made due to injury) since the 1973 Dolphins, who followed their undefeated 1972 campaign with a second consecutive Super Bowl victory.

Last January, the AFC All-Stars jumped out to a 20-0 lead en route to a 26-7 win over the NFC All-Stars. Chiefs quarterback Patrick Mahomes, who will face the Titans in Sunday’s AFC Championship Game, led both teams with 156 passing yards that included his first-quarter touchdown pass to Colts tight end Eric Ebron. Texans quarterback Deshaun Watson threw for 128 yards and a touchdown, while fellow AFC quarterback Andrew Luck threw for 81 yards in what would be his final NFL game before retiring this past August.

While the Pro Bowl does typically generate a ton of national interest, the inclusion of Jackson, arguably the league’s most electric player, should bolster fan interest in the game while giving Jackson another chance to add to his list of accolades during his 2019 season.