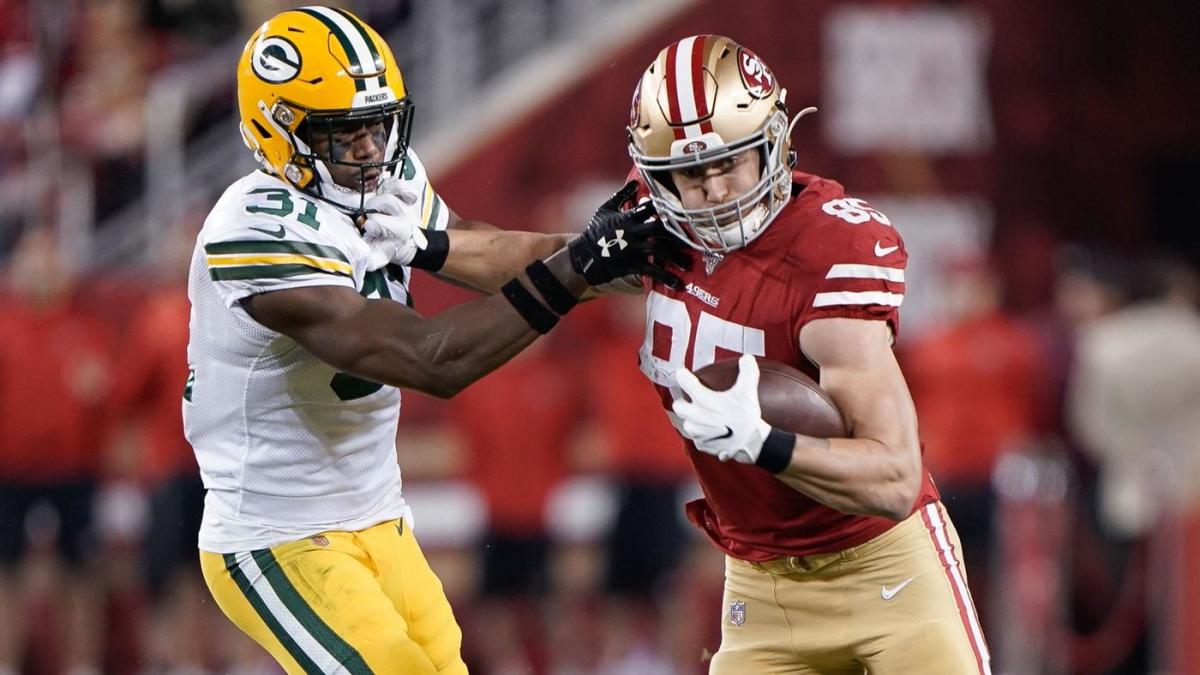 George Kittle will be on the field when the 49ers host the Packers in Sunday’s NFC Championship Game.

Kittle, who missed Wednesday’s practice with “ankle soreness” stemming from last Saturday’s playoff win over the Vikings, was a full participant during San Francisco’s last two practices in preparation for Sunday’s game. An All-Pro for the first time this season, Kittle caught 85 passes for 1,053 yards and five touchdowns this season despite missing two games due to injury.

Along with Kittle, running backs Tevin Coleman (elbow) and Raheem Mostert (calf) will play on Sunday after being full participants throughout the 49ers’ practices this past week. The duo combined to rush for 163 yards and two touchdowns on 34 carries in San Francisco’s 27-10 win over the Vikings, with Coleman leading the way with 105 yards and two scores on 34 carries.

Also playing in Sunday’s game for the Packers is receiver Allen Lazard, who was limited during Wednesday and Thursday’s practices with an ankle injury before being a full participant on Friday. Linebacker Preston Smith and lineman Billy Turner will also suit up on Sunday despite missing practice time earlier this week with ankle injuries.

Green Bay will need as many healthy bodies as possible for Sunday’s game, as they prepare to face a 49ers team that drubbed them in the Bay Area back in Week 12, 37-8. Green Bay is currently a 7.5-point underdog heading into Sunday’s game, according to SportsLine.