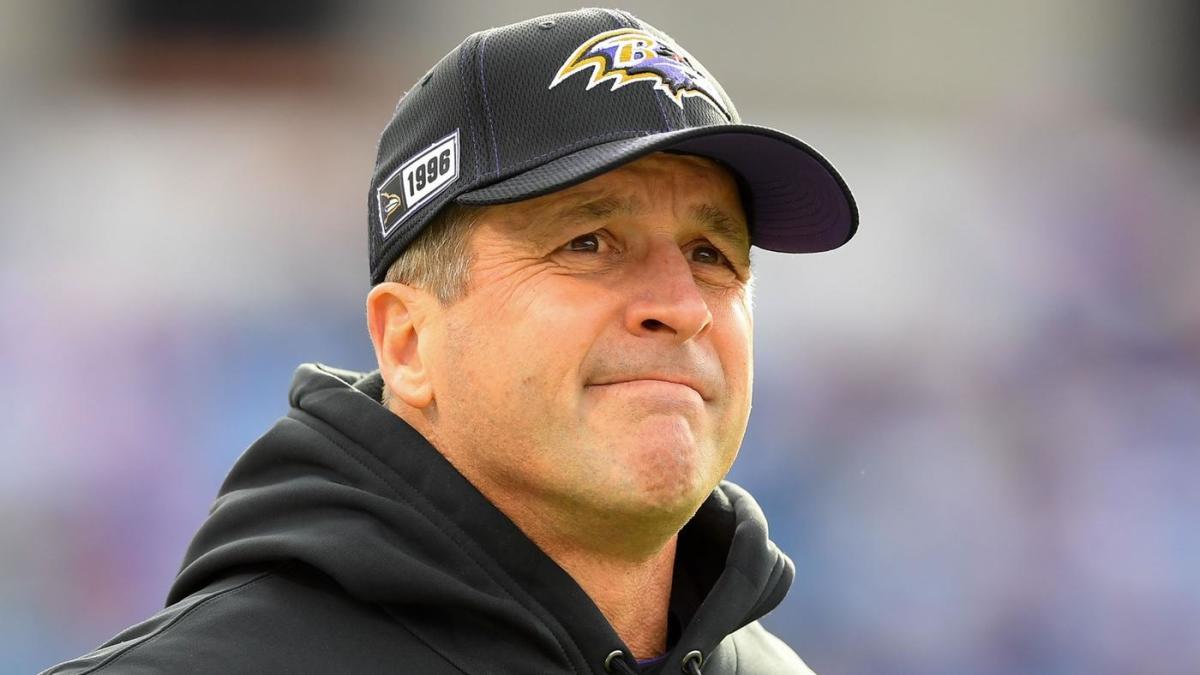 To bench, or not to bench?

That’s the question some NFL head coaches face when their teams have nothing to play for (in terms of playoff positioning — with seeding already locked in) entering the final game of the regular season. Some coaches elect to bench some of their starters to give them an extra week of rest while also ensuing their availability for the playoffs. Conversely, some coaches play their starters and risk the consequences that come with their decision.

The majority of coaches traditionally go with the former and rest some of their starters, which is what Ravens head coach John Harbaugh elected to do ahead of Baltimore’s Week 17 game against Pittsburgh, a game the Ravens won despite resting several starters that included quarterback Lamar Jackson, running back Mark Ingram, tight end Mark Andrews, offensive lineman Marshal Yanda, defensive lineman Brandon Williams, and safety Earl Thomas.

Harbaugh, speaking to reporters less than a week after his team’s upset loss to the Titans in the divisional round of the AFC playoffs, was asked if he would still bench several of his starters for Week 17 given the benefit of hindsight.

“Right now, if I had to do it today and we’re in the same situation, I’ll probably go the other way,” Harbaugh said, via ESPN’s Jamison Hensley. “Now, when that comes up and you’re blasting me for risking our guys, I won’t second-guess it then either.”

Harbaugh, whose team had already locked up the AFC’s No. 1 seed ahead of their regular season finale, admitted during the week of the game that deciding whether or not to play each of his starters was not an easy decision.

While he amassed an astounding 508 all-purpose yards, Jackson, who will likely be named the league’s MVP during the league’s annual awards show next month, came out flat last Saturday after not playing in an NFL game since Baltimore’s Week 16 win over Cleveland. After completing 66.1% of his throws during the regular season, Jackson completed just 52.5% of his throws against the Titans. Jackson also threw two interceptions (he threw just six during the regular season) and was sacked four times in his team’s 28-12 loss.

A narrative has now surfaced suggesting Jackson can’t win in the postseason, as he is now 0-2 in postseason play after Baltimore fell at home to the Chargers in last year’s wild-card playoff round. Harbaugh, who has won just one playoff game since leading the Ravens to victory in Super Bowl XLVII, stood by his quarterback on Friday.

“He was in my office for a good while (earlier this week). I asked him, ‘What do you need to do to get better?’ We talked about a couple of different areas,” Harbaugh said of Jackson, who this season set an NFL record for rushing yards by a quarterback in a single season. “Without getting into what they are specifically, he nailed them. The priority list in the exact same order that Greg and I nailed the priority list when we were talking on Monday. So it’s not a secret. The things he needs to work on, like any young quarterback, he’ll say everything and it’s true. And then you prioritize what’s the order and what’s the plan going to be going forward to work on those things, and he’s really smart about that. He’s really self critical. He really understands where he needs to improve in order for us to keep taking steps as an offense.

“I think it’s really interesting to look at Lamar Jackson. Look at the progress he made in last year, because the same question, I think you asked it last year, how is gonna get better going forward and he did a good job, right? He’s 23-years-old. He’s younger than Joe Burrow, OK? So he’s got a pretty good head start right now. He’s along the way. The Manning brothers had five losses in their first five playoff games before they won one. Montana, Young, and Favre didn’t start a playoff game until their third season. Brees and Aikman until their fourth season and Rodgers until his fifth season. Interesting. Everybody’s different, right? But I’m really confident in Lamar and him understanding the things he needs to do to get better.”

Jackson certainly did improve by leaps and bounds following his rookie season, when the former Heisman Trophy winner was thrust into the lineup after Baltimore won just four of their first nine games. But with Jackson under center, the Ravens won six of their final seven games en route to their first division title since 2012. But while Jackson’s rookie success was mostly on the strength of his running ability, Jackson saw rapid improvement as a passer in 2019, as he led the NFL with 36 touchdown passes.

Before he delves into another offseason, Jackson’s 2019 season is not done yet. On Friday, it was announced that Jackson will take part in this year’s Pro Bowl, as Jackson will look to end his season on a positive note before preparing for the 2020 campaign.