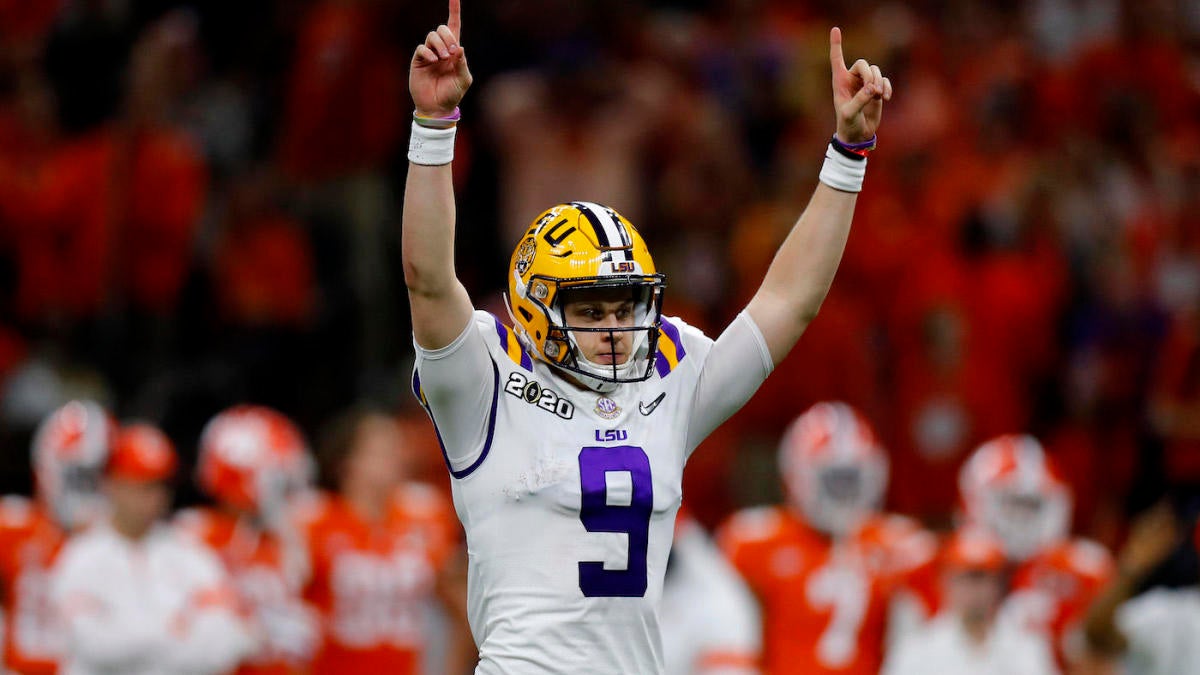 Joe Burrow is the projected top pick in the 2020 NFL Draft and the Cincinnati Bengals have the No. 1 overall selection. The Bengals need a quarterback as they look to rebuild their franchise after finishing with the NFL‘s worst record. Burrow led LSU to a national championship and won the Heisman Trophy on the way to a historic season for the Tigers. On paper, he seems like a perfect fit for the Bengals and the cherry on top is that he’s also an Ohio native. However, there has been some speculation Burrow might not want to play for the Bengals, but we have since learned that is far from the case.

Burrow’s father, Jim, a former defensive back for the Green Bay Packers and the Canadian Football League’s Montreal Alouettes, recently said his son would be happy if Cincinnati would select him with the No. 1 overall pick.

Here was Jim Burrow’s response when asked about the possibility in a radio interview on TSN 690 in Montreal (via Cincinnati.com):

“Yes, we’ve talked about it. I can be in my seat in 3.5 hours from Athens – you know, that’s certainly a positive. You’re always – if you’re the top pick or one of the top picks – that’s the way the NFL Draft is set up. You’re not gonna get picked by a team that has a great record. So, you know, he’s excited to even be in that conversation. If the Bengals do draft him, he’s gonna be happy.

“And, you know … you’ve probably seen some of his interviews. He’s very confident. And he’ll look at it as a challenge. But he’ll be confident that eventually, they can win a lot of games there at Cincinnati. But, you know, the Ohio people are ecstatic about this opportunity, maybe, that that could happen. But there’s a long way between now and the draft. That’s for sure.”

Burrow completed 76.3 percent of his passes for 5,671 yards, 60 touchdowns and six interceptions in leading LSU to a perfect 15-0 record and a national championship. He became the first quarterback in SEC history to throw for 5,000 yards in a single season while setting SEC single-season records for total offense, passing yards, passing touchdowns, and touchdowns responsible for. In addition to winning the Heisman (which he won by the largest margin in the award’s history), Burrow won the Maxwell, Walter Camp, Davey O’Brien and Johnny Unitas Golden Arm Awards in 2019.

The Bengals are certainly intrigued in drafting Burrow No. 1 overall, already liking what they see in early returns of the quarterback.

Burrow and the Bengals are setting up for a good relationship. Cincinnati hopes the marriage lasts a long time, with a few championships along the way.