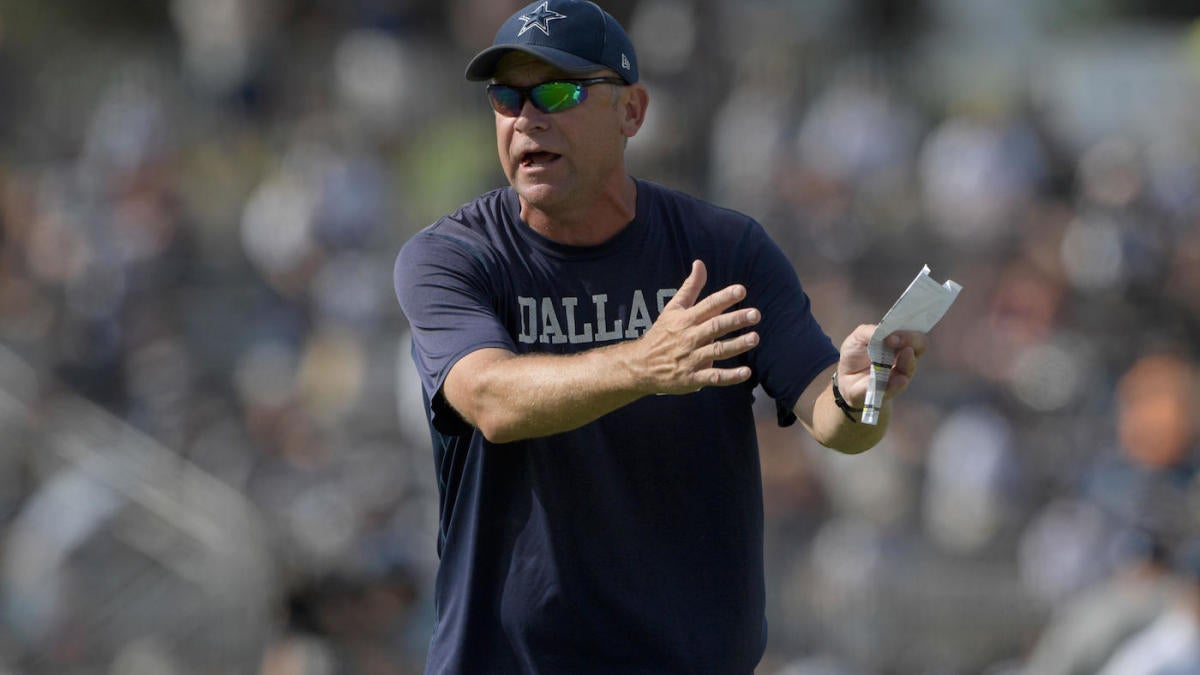 What a difference one year makes, or even two, for that matter. In 2018, both Jason Garrett and Scott Linehan were longstanding employees of the Dallas Cowboys, operating as head coach and offensive coordinator, respectively. In 2019, Garrett was forced to finally part ways with Linehan and, 12 months after that, the Cowboys sent Garrett packing right behind him.

And now, they’re both interviewing for a chance to work with the rival New York Giants.

Big Blue initially requested an interview with Garrett while he was still under contract in Dallas, and while permission was granted, they opted to change course and move quickly to sign New England Patriots wide receivers coach and special teams coach Joe Judge. They weren’t done with Garrett though, meeting with him once his contract expired with the Cowboys for a shot at being named the Giants new offensive coordinator under Judge.

He’s the frontrunner to land the job and there’s now a hint that he may have already, with Linehan reportedly set to interview with the club as well, per Chris Mortensen of ESPN. It’s yet unclear if Linehan would join Garrett as [again] his right hand, i.e., passing game coordinator, or if he’s outright competing with his protege for the OC role, but the former is more likely than the latter.

After all, it’s not happenstance that Linehan’s first interview since leaving the Cowboys in 2019 would be with the same team speaking to Garrett in 2020.

Time will tell, though.

That said, it’s not the only opportunity Linehan is researching. He’s also expected to meet with the Carolina Panthers, who named former Baylor coach Matt Rhule as their new guy in charge, and the Jacksonville Jaguars, who surprisingly opted to retain Doug Marrone as head coach.

Linehan joined the Cowboys in 2014 as Garrett’s passing game coordinator before being promoted to offensive coordinator at the expense of Bill Callahan, who took his talents to the Washington Redskins. His connection to Garrett goes back to 2005 when, as offensive coordinator of the Miami Dolphins, he gave Garrett his first NFL coaching job — as quarterbacks coach in South Florida.

The rapport between the two is strong and there was some measure of offensive success in their tenure with the Cowboys, but an inability to adapt the offense led to a drastic downturn in production on the back end of Linehan’s tenure, and despite making drastic changes to the roster and coaching staff.

Given one more year to prove he deserved an extension, this time with a fresh-minded Kellen Moore as offensive coordinator, Garrett’s Cowboys finished with an 8-8 record and out of the playoff picture; and he was subsequently out of a job as the club moved on to hire Mike McCarthy and rebuild the coaching staff mostly from the ground up.

That same rebuild is occurring with the Giants, who love the experience and knowledge of the NFC East Garrett brings to the table, and they feel the same about Linehan; hence granting him a sit-down. Only two short years ago, both were patrolling the halls in Dallas, and the possibility both (or either) could head into 2020 as members of the rival Giants proves the following adage true:

Life comes at you fast.