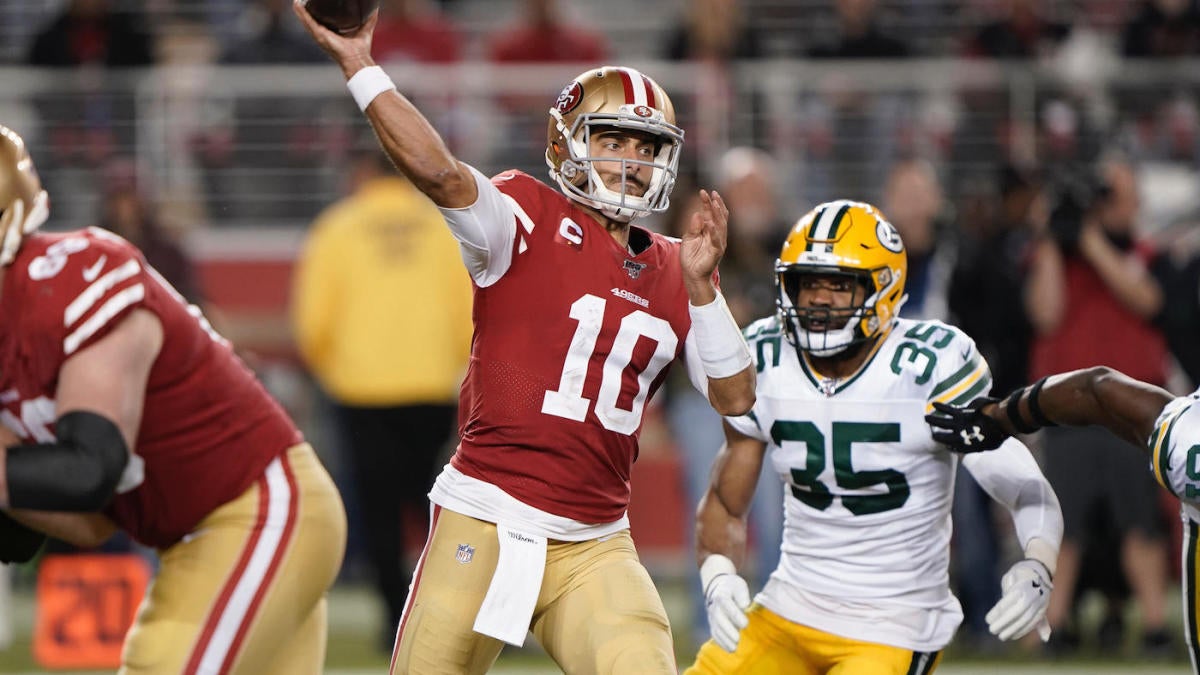 Beating an NFL team once during the regular season is difficult, doing it twice is an achievement, and pulling off the latter with a trip to the Super Bowl on the line is a feat — especially when that team employs a maverick like Aaron Rodgers.

This simple NFL reality is one reason why divisional rivalries are always so heated, and although the San Francisco 49ers and Green Bay Packers operate in the NFC West and NFC North, respectively, they’ve already met in 2019, with Jimmy Garoppolo and his band of angry men waxing the floor with Matt LaFleur’s group with a 37-8 mop in Week 12. Still, Rodgers and star wideout Davante Adams plan on playing “loose” in the NFC Championship Game, noting all the pressure is on the No. 1-seeded 49ers at Levi’s Stadium.

Garoppolo himself isn’t looking backward at Week 12, mostly because it’s irrelevant now. With his eyes planted firmly on Sunday afternoon, he’s not naive to why sweeping a team during a season is a challenge.

“Whenever you have to do that, it’s always different the second time,” Garoppolo told reporters on Thursday. “It’s a lot of cat and mouse — we think they’re going to do this, they think we’re going to do that, type of thing. Just the back and forth with it. At the end of the day, you gotta go out their and play, and react to what’s happening on the field.”

A former backup of Tom Brady, he already has two Super Bowl rings in his trophy case, and he will lean heavily on what he learned in his time with the New England Patriots to help him lead the 49ers to Miami this year.

“I think [it helps] from a preparation standpoint,” he said. “Seeing things from a far in New England and seeing what it takes to win these types of games. Hopefully, it’ll help in this one.”

The 49ers pass rush sacked Rodgers four times in their first meeting, holding him to only 104 yards passing and one touchdown, while Garoppolo threw for 253 yards and two touchdowns — largely fueled by a dominant George Kittle racking up 129 yards receiving. Kittle nursed an ankle injury this week but has declared himself just fine ahead of the matchup, ensuring the Packers defense will again have their hands full trying to contain him along with a surging Deebo Samuel and running back unit.

But while the 49ers enter as favorites, they know defeating Rodgers is one thing, but doing it twice — the second time being in the playoffs — is quite another.