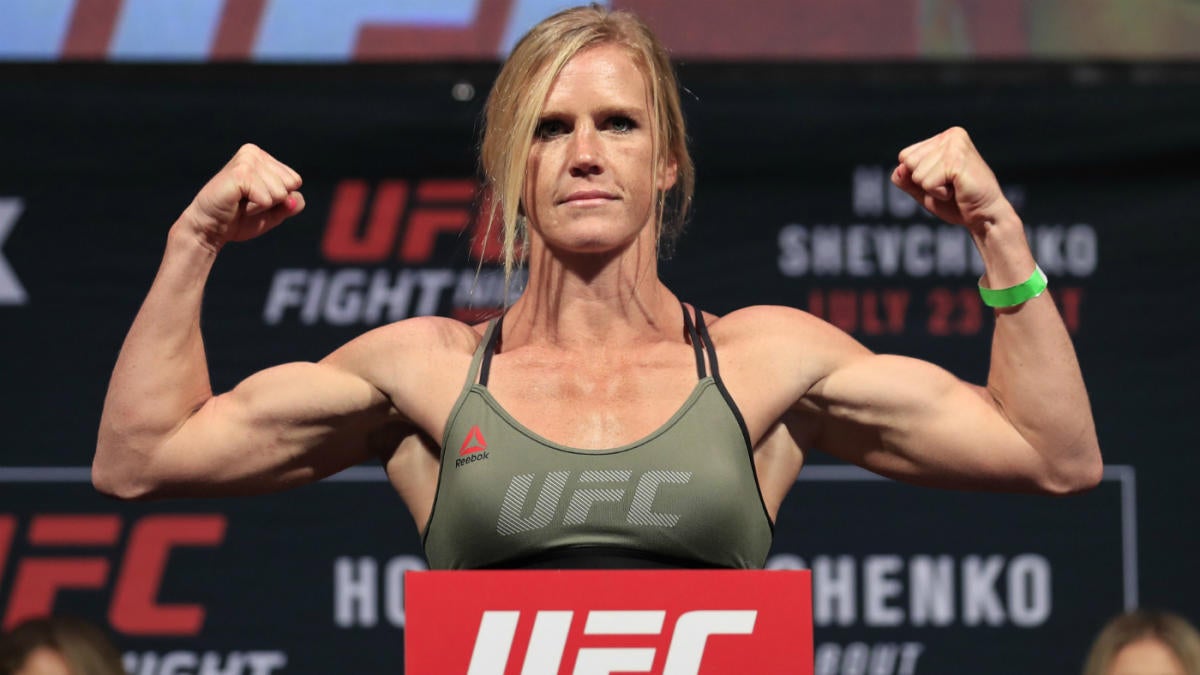 The UFC’s 2020 kicks off on Saturday when the biggest star in the sport returns to the Octagon. Conor McGregor, the former featherweight and lightweight champion, will fight for the first time since late in 2018 when he steps into the cage to face the always-tough Donald Cerrone in a welterweight fight from Las Vegas’ T-Mobile Arena.

Options abound for McGregor if he can score a win in his first fight since a brief retirement from the sport. Cerrone, however, will be looking to derail McGregor’s plans to once again hold UFC gold and maybe earn his own way back to a second career shot at a UFC belt. Former women’s bantamweight champ Holly Holm will square off with Raquel Pennington in the night’s co-main event.

With so much to look forward to, we at CBS Sports took the time to give you a breakdown of every fight on the main card. Let’s take a closer look at those bouts with some background on each fighter.

Carlos Diego Ferreira -240 vs. Anthony Pettis +190, lightweights: Former WEC and UFC lightweight champ Pettis (22-9) was once one of the brightest stars in the sport. After winning the belt with a submission of Ben Henderson and defending it by submitting Gilbert Melendez, Pettis has gone on a years-long skid, running up a record of 4-7. During that time, he has not put together more than one consecutive win, though the quality of opposition that has beat him has been extremely high.

By contrast, Ferreira (16-2) is currently riding a five-fight win streak. After breaking into the UFC with a pair of wins, Ferreira lost back-to-back fights against Beneil Dariush and Dustin Poirier. He rebounded with a decision over Olivier Aubin-Mercier in January 2016 but then was sidelined after a USADA anti-doping violation. After returning in February 2018, Ferreira continued running in the right direction, leading to a huge opportunity against Pettis.

Claudia Gadelha -115 vs. Alexa Grasso -115, women’s strawweights: Gadelha (17-4) and Grasso (11-3) have both struggled to find consistent success in the Octagon. Despite having never picked up a win streak longer than two fights in the UFC, Gadelha remains No. 5 in the division in the CBS Sports UFC Divisional Rankings. That’s largely based on the quality of opponent that has beaten her. Two losses came against Joanna Jedrzejczyk when the former champ was at the height of her powers. She also lost to eventual champ Jessica Andrade and No. 6-ranked Nina Ansaroff. Gadelha only fought once in 2019, defeating Randa Markos via unanimous decision in July.

Grasso debuted in the UFC in November 2016 with a victory. She has traded wins and losses from that point forward. She does own a split decision win over Markos, giving her a win over a shared opponent who defeated Gadelha. In 2019, Grasso defeated Karolina Kowalkiewicz by unanimous decision before dropping a majority decision to Carla Esparza.

Maurice Greene -130 vs. Aleksei Oleinik +100, heavyweights: Greene (8-3) made an immediate impact in the UFC when he arrived off “The Ultimate Fighter”. Greene lost in the semifinals of the show, but submitted Michel Batista with a triangle choke while appearing on the TUF Finale card in November 2018 in what was his official Octagon debut. He followed that win up with a split decision win over Jeff Hughes and a TKO of Junior Albini before he was on the wrong end of Sergei Pavlovich’s punches for a TKO loss last October. Standing 6-foot-7 and pushing the heavyweight limit of 265 pounds, Green is a monstrous presence in the cage.

Oleinik (57-13-1) has 60 more professional fights than Greene, and that’s only counting mixed martial arts experience and not the Ukranian-born Russian’s combat sambo career. Oleinik has been in with some of the sport’s top names dating back to a 2006 BodogFight bout against Chael Sonnen. He also holds wins over Mirko Cro Cop, Jared Rosholt, Travis Browne and Mark Hunt. In his two most recent fights, Oleinik was knocked out by Alistair Overeem and Walt Harris, halting any momentum up the heavyweight rankings.

Holly Holm -135 vs. Raquel Pennington +105, women’s bantamweights: For a moment in time, Holm (12-5) was the biggest star in mixed martial arts. One of the biggest stars in any sport, really. In Holm’s 10th pro fight, she scored a brutal knockout of Ronda Rousey, who had been, until that fight, thought of as nearly unbeatable. Holm was 10-0, UFC champion and seemingly on her way to true superstardom as her accomplishment was replayed endlessly. In the seven fights to follow, Holm has only gone 2-5, losing to the best names in the division while managing to knock out Bethe Correia and decisioning Megan Anderson along the way. Amazingly, four of those seven fights since the Rousey knockout have been losses in championship fights. Her days as champion may well be behind her, but seeing if she can still take down someone like Pennington will reveal a lot about her future in the sport.

Pennington (10-7) has already lost to Holm, dropping a split decision at UFC 184 in February 2015. Had the judging gone the other way, there’s no telling what the current state of the UFC would be. Would Holm have ever faced Rousey? Would that fight have gone down the same way? Either way, Pennington is 5-2 over her own seven most recent fights, including wins over Jessica Andrade, Bethe Correia and Miesha Tate. She dropped a shot at Amanda Nunes and the bantamweight title, getting knocked out in the fifth round in May 2018. Her other loss was a unanimous decision against Germaine de Randamie where Pennington missed weight. She rebounded from those back-to-back losses with a split decision win over Irene Aldana. In fact, four of her 11 UFC bouts have ended in split decision.

Conor McGregor -320 vs. Donald Cerrone +250, welterweights: The “welterweight” tag here is a bit misleading as this has been called a lightweight fight without weight cutting. And UFC president Dana White has said a successful Octagon return for McGregor (21-4) in this 170-pound bout would put him in position to rematch Khabib Nurmagomedov for the lightweight title. So, place an asterisk next to the weight class. McGregor has spent more time fighting to keep out of jail than fighting professionally over the past few years. With only a single UFC fight since winning the the lightweight championship in November 2016 (the aforementioned Nurmagomedov handing him a submission loss), it is hard to predict exactly what to expect from the Irishman. At the peak of his talents, he was a devastating striker who wiped out the legendary Jose Aldo in 13 seconds. But fans have also seen McGregor struggle with cardio and a lacking ground game, both were factors in losses to Nate Diaz and Nurmagomedov.

Cerrone (36-14) always brings the fight, but in his illustrious and record-setting career, he has not quite broken through to defeating a serious run of elite opponents. That is why he has only fought for the UFC title once in his career, losing to Rafael dos Anjos in just 66 seconds. It would be hard to knock the accomplishments of “Cowboy” given the lengthy resume and large amount of respectable-to-great wins, but the elite fighters he has stepped into the cage with have almost all gotten the better of him. Cerrone has picked up wins over Benson Henderson and Eddie Alvarez in his career, the two best wins on his resume. And those wins stand out as a reminder that on his best nights, when he puts all the pieces together, Cerrone does have it in him to pick up the big win.