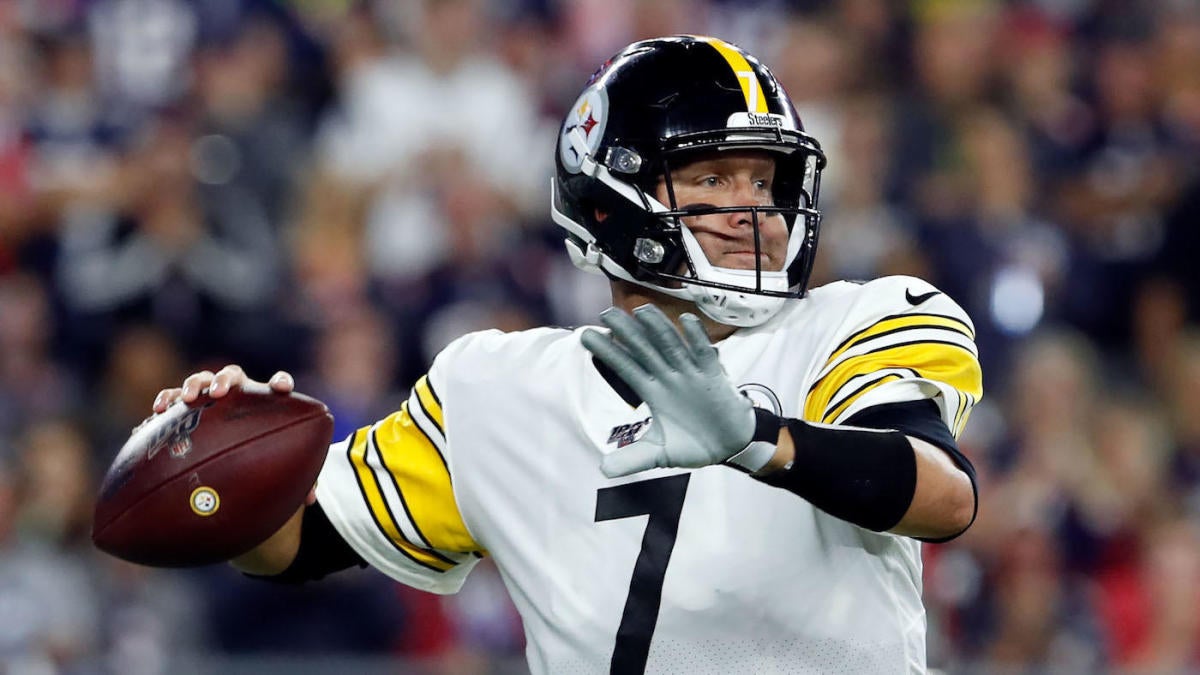 The Steelers may have been on the outside looking in of the playoffs this season, but there was more than meets the eye to the 8-8 campaign in 2019 that team president Art Rooney II called “one of the craziest” years he’s been around. Injuries hit Pittsburgh hard this year, especially at key spots on the depth chart, including with franchise quarterback Ben Roethlisberger. He played just six quarters before going down for the season with a right elbow injury.

Behind Roethlisberger, the Steelers were then forced to ride the the hot hand between quarterbacks Mason Rudolph and Devlin Hodges. While they were a scrappy team (particularly on defense following the addition of safety Minkah Fitzpatrick), the instability under center ultimately proved to be their undoing.

With the attention now turned towards the 2020 season, Roethlisberger’s rehab and recovery from his elbow injury has become vital to their success. As he recapped last season, Rooney provided a positive update on Big Ben that would suggest that he should be ready to go to start the regular season.

“Everything we hear so far is positive, in particular Ben’s attitude about things,” said Rooney, via the official team website. “He seems to feel good about it. He really is still in the early stages of his rehab. He hasn’t been able to do a whole lot yet, but that is going to start to ramp up here over the next couple of months, obviously. We are anxious to see his progress.”

One date that is being circled as a potential milestone for Roethlisberger to begin throwing the football again is by OTAs in May. Back in late September, CBS Sports NFL Insider Jason La Canfora reported that Roethlisberger was expected to make a full recovery and also should begin throwing in the spring, so it appears like that timetable has remained unchanged.

While Roethlisberger may be on track to return as the starter next season, the Pittsburgh Steelers do have an opportunity this offseason to add a veteran to place behind him in the event he get injured again. That avenue, however, doesn’t appear to be one that the organization is looking to go down as Rooney notes they like having Rudolph under center as the backup.

“We are still kind of in the process of digesting the season and analyzing what we are doing, where we are going,” said Rooney. “I think as we sit here today, we are all comfortable with Mason being our backup. Speaking of unusual seasons, he had an unusual season. He had to deal with some unusual circumstances, including injuries and everything else. I think it was an experience for him … (you know) the old story, what doesn’t kill you makes you stronger. Hopefully it is that kind of situation for him. I think we are all pretty comfortable with Mason coming back as our backup and being a guy who can continue to develop.”

To help bring along Rudolph and the rest of the quarterbacks, the Steelers did hire former Maryland interim head coach Matt Canada as their quarterbacks coach, a role that was unmanned in 2019. The team hopes that not only will he help the younger quarterbacks develop, but improve the offense as a whole.

As long as the Roethlisberger and the rest of the injured Steelers are able to get back to full health before the start of 2020, Pittsburgh should make quick work of getting back into the conversation as legitimate contenders in the AFC.