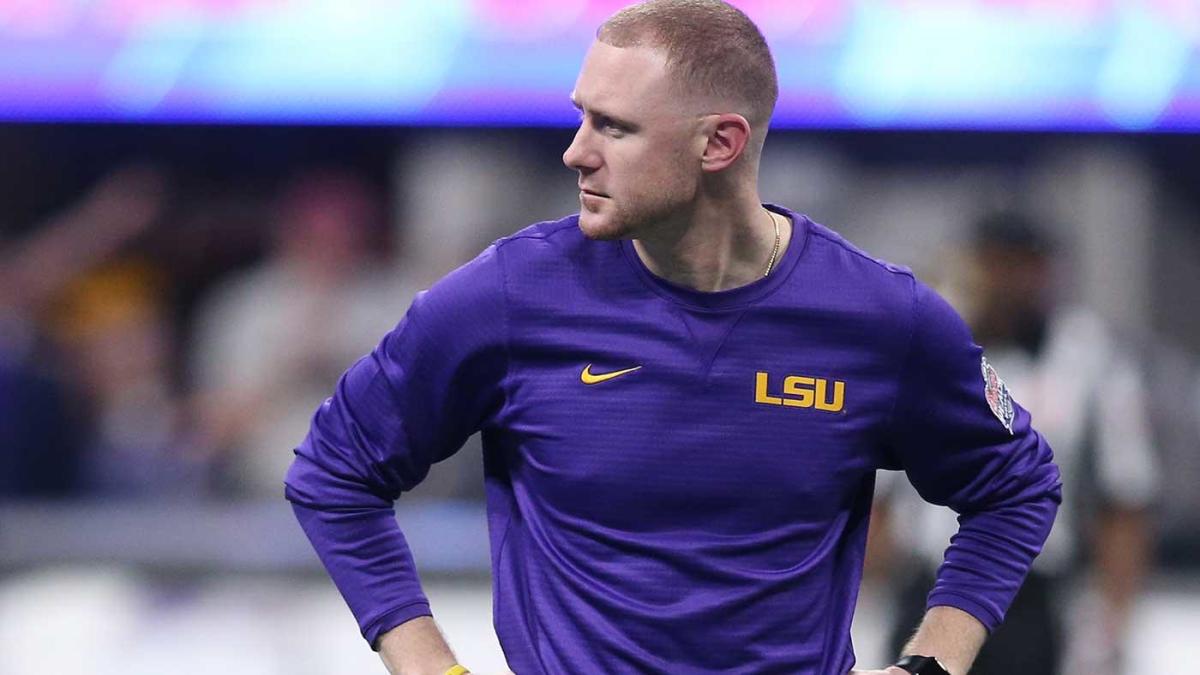 On Thursday, the Carolina Panthers announced that they had hired former LSU passing game coordinator Joe Brady as their new offensive coordinator. Fresh off of a college football national championship win over Clemson, Brady, now the youngest coordinator in the NFL, will walk into a precarious position — but one where he has the potential to shine.

The Panthers are in a bit of a transition period. Head coach Ron Rivera was traded out for former Baylor head coach Matt Rhule, the franchise may be considering moving on from quarterback Cam Newton and defensive captain Luke Kuechly just shocked the NFL by retiring at the ripe old age of 28. Still, Brady is considered to be one of the top offensive minds in college football, and he could expedite the potential rebuild Carolina may undergo.

Brady implemented the spread attack at LSU, and it helped quarterback Joe Burrow pick up a Heisman trophy last month. As the Panthers’ official website points out, LSU finished the 2019 season with college football’s top-ranked offense, and averaged 568.5 yards per game and 48.4 points per game. LSU also finished second in passing offense with 401.6 passing yards per game while Burrow, who completed 76.3 percent of his passes to lead the nation, set a new FBS single-season record with 60 passing touchdowns while his 65 total touchdowns responsible for are also an FBS record.

So, how would Brady describe his offensive philosophy? In one word, it would probably be aggressive. He utilizes different formations to set up the big play, and focuses on exploiting mismatches.

“The most important thing that we do from a system standpoint is we find out what our players do well so we can put them in position to have success,” said Brady. “I don’t believe that a system is, this is what we do regardless of who we have. Now, it’s critical that we find a vision for each and every player. The offense that we’re looking to have is one that applies pressure. I don’t believe defenses are the only ones that apply pressure. We can do that in multiple ways, whether that’s formations, whether that’s personnel groupings or tempo. It’s our job to exploit mismatches and move guys around to get them the matchups that we want. Applying pressure, getting your speed in space, making defenses defend every blade of grass and just let your players do what they do best.”

With a weapon like Christian McCaffrey, Brady has the potential to find success quickly with an aggressive spread offense. The third-year back recorded over 1,000 yards rushing and 1,000 yards receiving in 2019. Brady also believes he can be just as successful in implementing a new offense with the Panthers as he was at LSU.

“In a way, you are almost limited at the college level with the amount of time you can have with your players,” explained Brady. “Now I can expand upon that package and hone in on some new things that we didn’t have an opportunity to get to. But from an offensive structure standpoint, yes, that all can translate. We’ll put together a system as a staff and I’m excited to see the end result.”