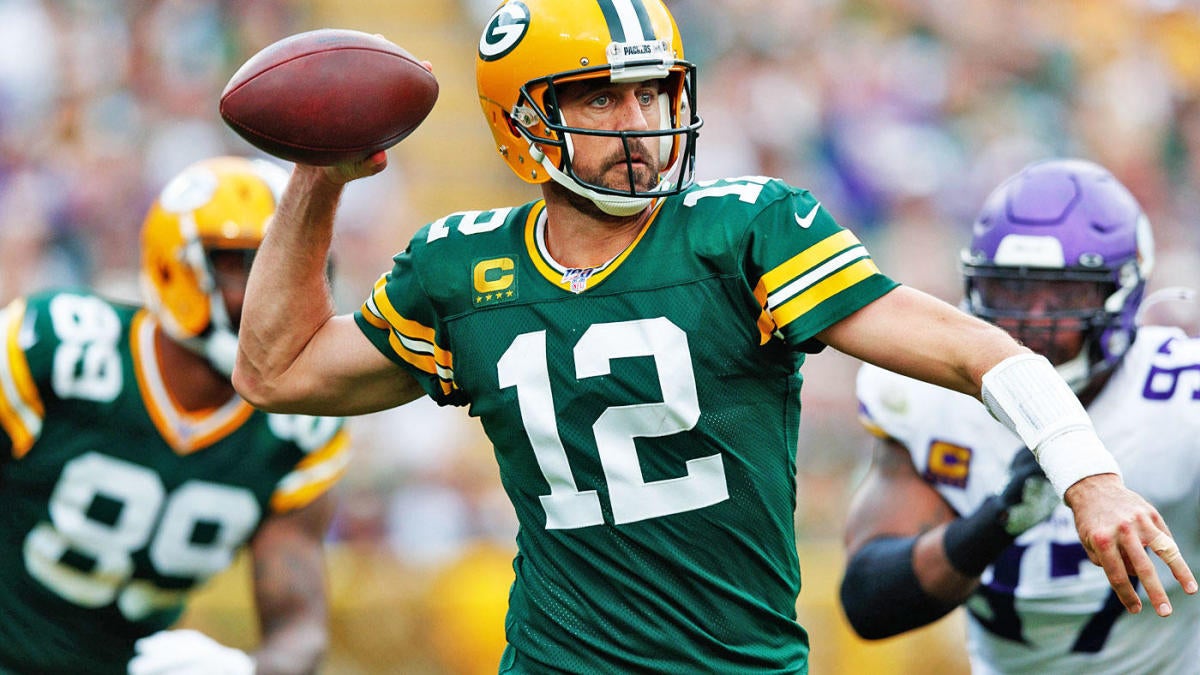 By this time last year, the Green Bay Packers and San Francisco 49ers were well into their offseasons after finishing near the bottom of their divisions. Now, both rejuvenated clubs are one win away from a berth in the 2020 Super Bowl. They meet on Sunday in the 2020 NFC Championship Game at Levi’s Stadium, with kickoff set for 6:40 p.m. ET. The 49ers won just four games last year in a season beset by injuries at key positions, while the six-win Packers appeared apathetic under former coach Mike McCarthy.

Now, they are both division winners as Green Bay (14-3) has thrived under first-year coach Matt LaFleur and captured the NFC North title. The NFC West champion Niners (14-3) have turned the corner behind a healthy Jimmy Garoppolo at quarterback and a stifling defense. San Francisco is a 7.5-point favorite after the line opened at a touchdown, while the over-under for total points scored is 45.5 in the latest Packers vs. 49ers odds. Before making any 49ers vs. Packers picks, be sure to see the latest NFC Championship Game predictions from SportsLine’s R.J. White.

White has been SportsLine’s top pro football analyst for three years. Since Jan. 1, 2017, the CBS Sports NFL editor and expert has returned $2,383 to $100 bettors on his NFL picks against the spread.

The stats guru, whose NFL picks are coveted by fans everywhere, has hit it big in the world’s most prestigious handicapping tournament — the Westgate Las Vegas SuperContest — twice in the past five years. What’s more, he has had a particularly keen eye for the trajectories of the Packers and 49ers.

He has posted a record of 49-14 on against-the-spread picks involving these clubs, which includes an amazing 35-6 mark in his last 41 involving the Packers. He has hit six straight on Green Bay, including advising SportsLine members to back the Packers (-3.5) against Seattle last week. Anyone who has followed him is way up.

Now, he has locked in on Packers vs. 49ers from every angle and released another confident point-spread selection. You can go to SportsLine to see it. Here are several NFL lines for 49ers vs. Packers in the NFC Championship Game 2020:

White knows the 49ers have thrived in part thanks to the rapid development of a young, talent-rich defensive line. The unit now features four first-round draft picks, and the most recent might be making the biggest difference. Rookie Nick Bosa, the second overall pick out of Ohio State, is living up to the hype that hailed him as perhaps the draft’s top player.

His nine sacks rank fourth in franchise history for a rookie, and he also ranked third in the NFL with 68 quarterback pressures. Bosa also has been solid against the run and showcased his versatility last week when he anticipated and broke up a screen pass intended for Minnesota running back Dalvin Cook. Bosa finished with six tackles, two sacks and two tackles for loss.

Even so, San Francisco’s dominance in the first meeting doesn’t mean it will cover the Packers vs. 49ers spread in the NFC Championship Game 2020. The Packers have won six straight and their mettle has been tested as five of those victories have been one-score games. Rodgers also gave a commanding performance against a Seattle team that rallied from an 18-point deficit to close within five points in the fourth quarter.

Rodgers delivered two huge plays to help the Packers seal the win. He threw a 32-yard strike to Davante Adams on third down to keep the chains moving. He did the same a few plays later, with a nine-yard dart to Jimmy Graham for a first down that allowed Green Bay to run out the clock. Rodgers finished 16-of-27 for 243 yards with two touchdowns and zero interceptions. Aaron Jones rushed for 62 yards and a pair of scores.

How to make Packers vs. 49ers picks

White is leaning under on the total, and he’s also discovered a crucial x-factor that makes one side of the spread a must-back. He’s sharing it only at SportsLine.

Who wins Packers vs. 49ers in the NFC Championship Game 2020? And what critical factor makes one side of the spread a must-back? Visit SportsLine now to see which side of the 49ers vs. Packers spread you should jump on Sunday, all from the top NFL expert who’s a whopping 49-14 on picks involving these teams, and find out.