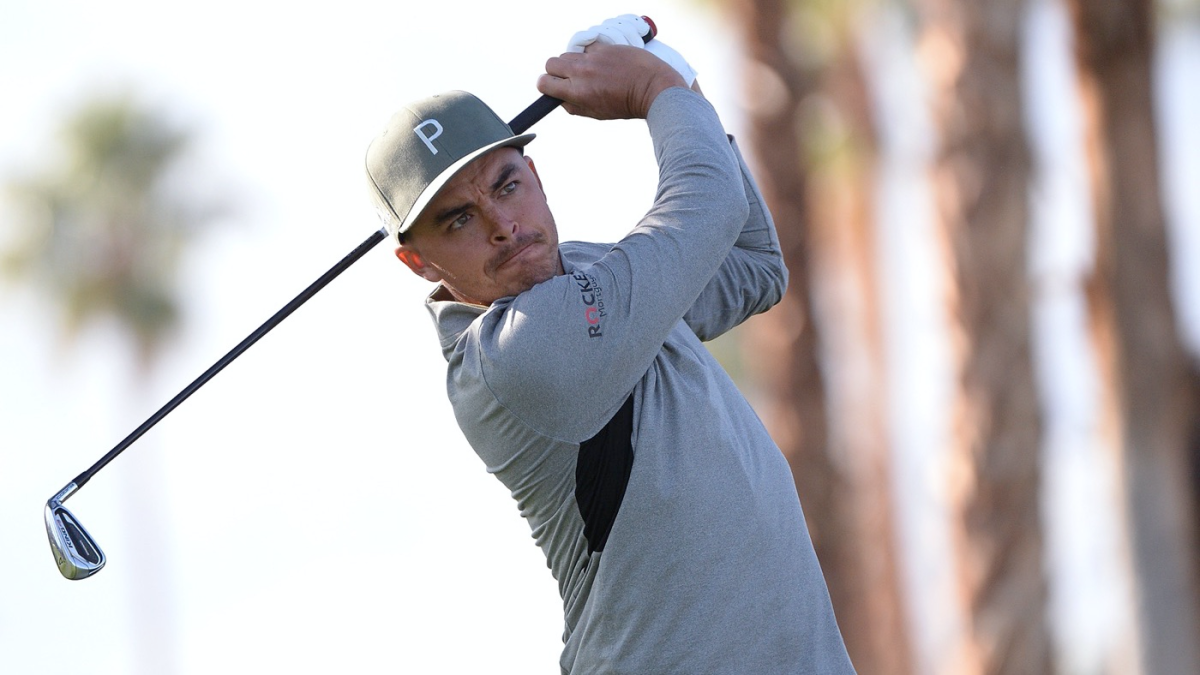 As is normally the case at The American Express, Thursday’s first round was an eventful one full of low scores and stars on the leaderboard. After 18 holes, we have improbable co-leaders in Grayson Murray and Zac Blair with plenty of firepower behind him. Let’s dive into the first day of play in the desert.

First place — Grayson Murray, Zac Blair (-8): Murray certainly has a propensity to get as hot as anybody in the field, but I didn’t envision him leading after the first day. Murray played the Stadium Course (one of three courses being used this week), which actually played as the toughest on the day. That makes his 8-under 64 the most impressive round in the field. Blair played La Quinta and also played his first round in 8-under 64. He scrambled his way around the place, too, as he only hit 12 of 18 greens in regulation but got up and down six times en route to a bogey-free round.

Other contenders — Rickie Fowler (-7), Matthew Wolff (-5), Paul Casey (-4), Sungjae Im (-4): Being three or four down might look like a pretty big gap after Day 1, but scores get so zany on these courses that you’re not even close to out of it at those numbers. This group represents the players behind Blair and Murray with the most juice to make a run over the last three days with Fowler — who came in as the favorite — as an obvious headliner. He birdied his last five holes on the front nine to go out in 31 and bookended it with a 34 on the back for that 65. (He was my one-and-done pick this week so I have a bit of a rooting interest here.) He wasn’t thrilled given the start, but he’s in a good spot.

“Lost a little steam on the back, but 7 under is a good start and so looking forward to kind of piecing the rest together the next couple days and getting into a good position for Sunday,” Fowler said.

What did Phil Mickelson do? It was fun to see tournament host Mickelson in the booth after his round, but his on-course play was only so-so. He absolutely obliterated the ball off the tee (see stat below), but he only hit five fairways and nine greens, which is obviously not great.

Stat of the day: I’ve been staring at these numbers for several minutes, and I still can’t believe them. How is Phil Mickelson — at age 49 — outdriving Cameron Champ? Again, it didn’t translate to much on the scorecard (mostly because he had a double bogey), but Lefty is keeping up with the biggest hitters on the PGA Tour off the tee. That’s how the game is played these days, and he’s playing that part of it quite well.

Quote of the day: I enjoyed this from Mickelson on how he plays the 9th hole up the 1st hole and then got unlucky because that resulted in him being behind a tree.

“So the tee ball on 9 I just tried to crush it as high and as far as I can up 1 fairway to that back right pin and I have about usually 100, 110 yards with a straight-up angle,” Mickelson said. “Takes the water out of play and I just have a much better angle. I actually pushed it a little bit across and got a little bit unlucky to be behind the tree, but I ended up just chipping a little wedge underneath it and getting it on.”

What to watch on Day 2: This would be a good event for Fowler to go out and take one. He’s the best player in the field, and he has nothing but runway in front of him. Other guys are going to get hot for a day or maybe two, but he can legitimately string together four straight 5 under or better rounds and walk away with an easy (“easy”) win to start the new decade.