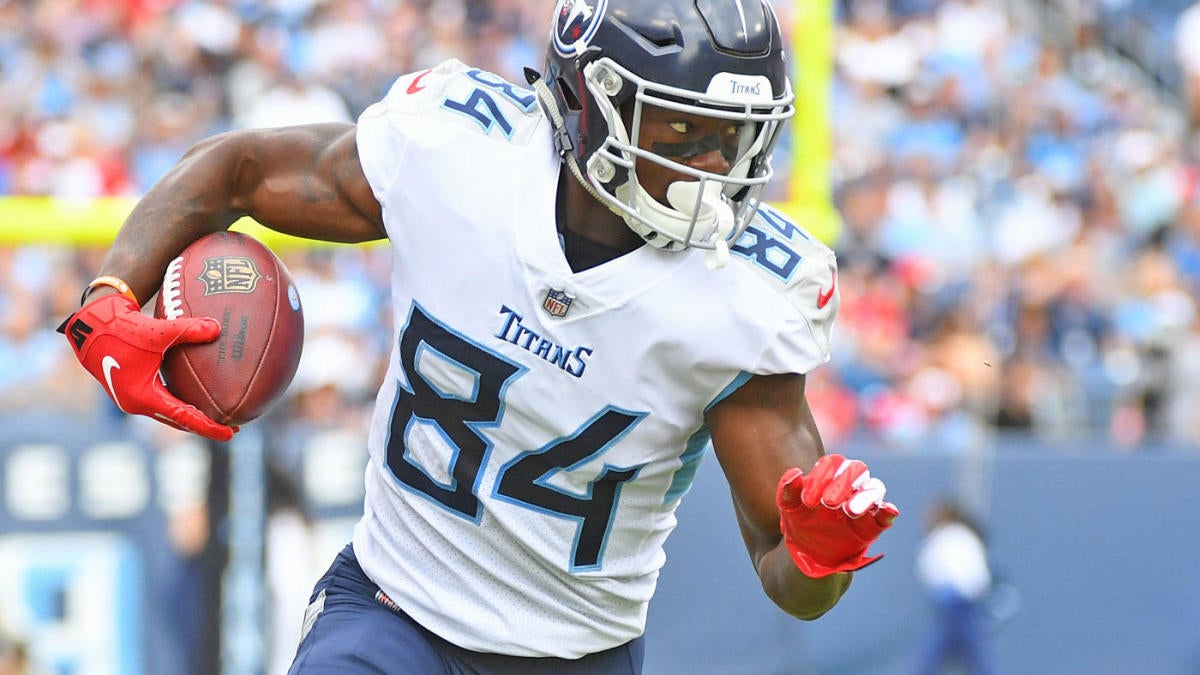 The Tennessee Titans hope their ground attack leads to another upset victory when they visit the Kansas City Chiefs for the 2020 AFC Championship Game on Sunday. Kickoff from Arrowhead Stadium is set for 3:05 p.m. ET. Tennessee (11-7) has reached this point thanks in large part to its running game, which produced over 200 yards in road wins over New England (201) on wild-card weekend and Baltimore (franchise playoff-record 217) in the divisional round.

Kansas City (13-4) hasn’t won two games in the same postseason since 1993, going 3-12 in the playoffs after topping the Houston Oilers in the divisional round that year. One of those victories came in impressive fashion last Sunday as the Chiefs spotted the Houston Texans the game’s first 24 points before scoring 41 straight en route to a 51-31 destruction. Kansas City is a seven-point favorite in the latest Titans vs. Chiefs odds, while the over-under for total points scored is up to 53 after opening at 51. Before making any Chiefs vs. Titans picks, check out the NFL predictions from SportsLine expert Mike Tierney.

A veteran sportswriter, whose work has appeared in The New York Times and Los Angeles Times, Tierney has covered football of all levels for decades. He has been SportsLine’s most profitable NFL handicapper this season, posting a record of 62-35 in his last 97 NFL picks, returning $2,351 to $100 players. Tierney also has had a sharp eye for the trajectories of these clubs, posting a stunning record of 22-11 on his last 33 spread picks involving the Titans or Chiefs.

In the wild-card round of the 2020 NFL Playoffs, Tierney told SportsLine members that the defending champion New England Patriots‘ elite defense would have trouble with Titans running back Derrick Henry. And it certainly did, as the workhorse ran for 182 yards as Tennessee (+4.5) pulled off the 20-13 upset. Anyone who has followed Tierney is way up.

Now, he has locked in on Titans vs. Chiefs from every angle and released another confident point-spread selection. You can go to SportsLine to see it. Here are several NFL lines for Chiefs vs. Titans in the AFC Championship Game 2020:

Arrowhead Stadium has a reputation for being a tough venue for opposing teams, and Kansas City has covered the spread in five in a row there. Mahomes was out the last time the Chiefs failed to cover, and the quarterback has thrown for more than 250 yards in four of the last five games overall. He has plenty of weapons to work with, the biggest being All-Pro tight end Travis Kelce, who had 134 receiving yards and three touchdowns in the 51-31 comeback win against Houston.

The Chiefs have covered the spread in their last five games after allowing more than 30 points in their previous game, and the defense performed well last Sunday after special teams miscues led to 14 Houston points. Frank Clark had three of the unit’s five sacks of Deshaun Watson and stopped the Texans on four of five fourth-down conversion attempts. The defense allows an average of 19.4 points, ranking seventh in the NFL, and is eighth in pass defense at 221.4 yards per game.

Even so, Kansas City isn’t a lock to cover the Titans vs. Chiefs spread in the AFC Championship Game 2020. The Titans will ride 2019 rushing leader Derrick Henry as far as he is able to take them. The fourth-year running back out of Alabama has run for over 100 yards in seven of his last eight contests after doing so only six times in his first 58 career games. He’s gained more than 180 in his last three outings.

Henry is the first player since the AFL-NFL merger to accomplish that feat, amassing a total of 588 yards in the process, and the first to record at least 175 twice in the same postseason. His performances against New England and Baltimore helped take pressure off quarterback Ryan Tannehill, who passed for fewer than 90 yards in each contest but threw a total of three touchdown passes and ran for another score.

How to make Titans vs. Chiefs picks

We can tell you Tierney is leaning under on the total, but he also says a critical x-factor makes one side of the spread a must-back. He’s sharing what it is, and which side to back, only at SportsLine.

Who wins Titans vs. Chiefs in the NFL Playoffs 2020? And what critical x-factor makes one side a must-back? Visit SportsLine now to see which side of the Chiefs vs. Titans spread you should be all over Sunday, all from the expert who’s 22-11 in his last 33 picks involving these teams.