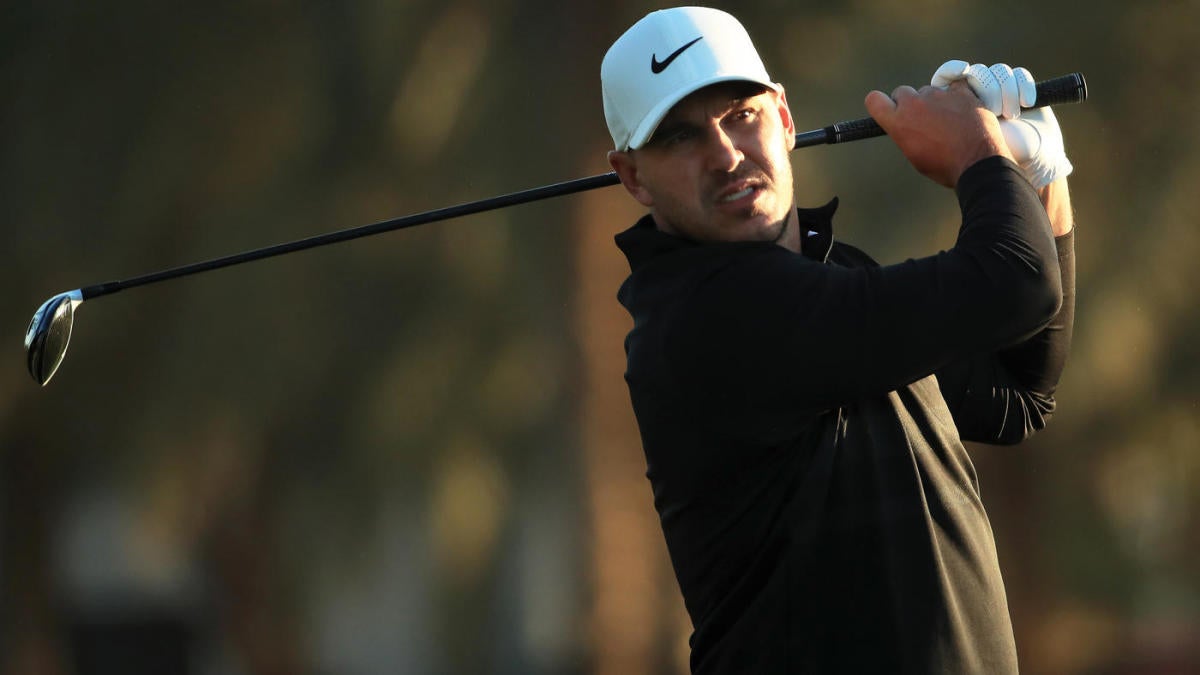 After his first round at the 2020 Abu Dhabi HSBC Championship on Thursday — a bogey-free 66 — I am not convinced that if everyone in professional golf had to stop playing golf for five years and then play a 100-hole tournament on their first day back, Brooks Koepka would win by 30.

Koepka was nearly flawless over his first competitive 18-hole round since last October when he withdrew from the CJ Cup, and he’s 6 under, two back of leaders Shaun Norris and Renato Paratore.

“I like the way I’ve played. I’ve kind of known I’ve been hitting it really well, putting it really well for a couple weeks,” Koepka said. “I think the first day I picked up the club, same thing. Felt like I hadn’t left. I’ve done it for years and years. You don’t forget how to swing the golf club.”

That was apparent in his performance.

Koepka averaged 315 yards off the tee and showed his touch by chipping in on the 17th hole as he closed that side of the course birdie-birdie to go out in 32. Two more birdies in the first three holes on the front nine (Koepka started on No. 10) and it looked like something under 65 was in play. He parred home over the last six holes, though.

“It’s good to be back,” he added. “Missed the competition obviously. Played really solid. Missed a few putts early if I really want to pick it apart. Drove the ball well. Controlled ball flight and controlled distances really well and that’s what you have to do out here.”

He did say afterward that his injured left knee — which kept him out for most of the fall, including the 2019 Presidents Cup — was tender but that was probably normal. It sounds like it’s something to be aware of, but if he’s going out and shooting rusty 66s after that long of a layoff, I don’t know that it’s going to be a storyline at any point over the next few months.

“It was a little sore last night,” he noted. “Just did some treatment on it. That’s expected. This is a first week I’ve walked 18 holes and I’ve done it three times already. It’s a little tired.”

Koepka has a little firepower behind him on this board. Sergio Garcia, Rafa Cabrera-Bello and Haotong Li are all 5 under and one back of the top player in the world. But ahead of him, it’s clear sailing. The tournament is his for the taking, and the betting numbers reflect that as Koepka has move to the +350 or +400 favorite to win this event.

So we know he was great on the course in Abu Dhabi on Thursday, but he was pretty great off of it as well. Following his 66, Koepka hopped on Twitter and pummeled Bryson DeChambeau — who shot an even-par 72 — into oblivion. DeChambeau called Koepka out earlier this week for not having any abs (which is as ridiculous to type as it is to say out loud). Here’s the video.

Koepka went for the throat with this tweet in which he took a photo of his two U.S. Open trophies and two PGA Championship trophies and told DeChambeau that he was correct, Koepka is still two shy of a six-pack. If his golf on Friday, Saturday and Sunday resembles his golf (or his Twitter game) from Thursday, we’re going to be talking about another, different trophy for Koepka to raise at the end of the week.