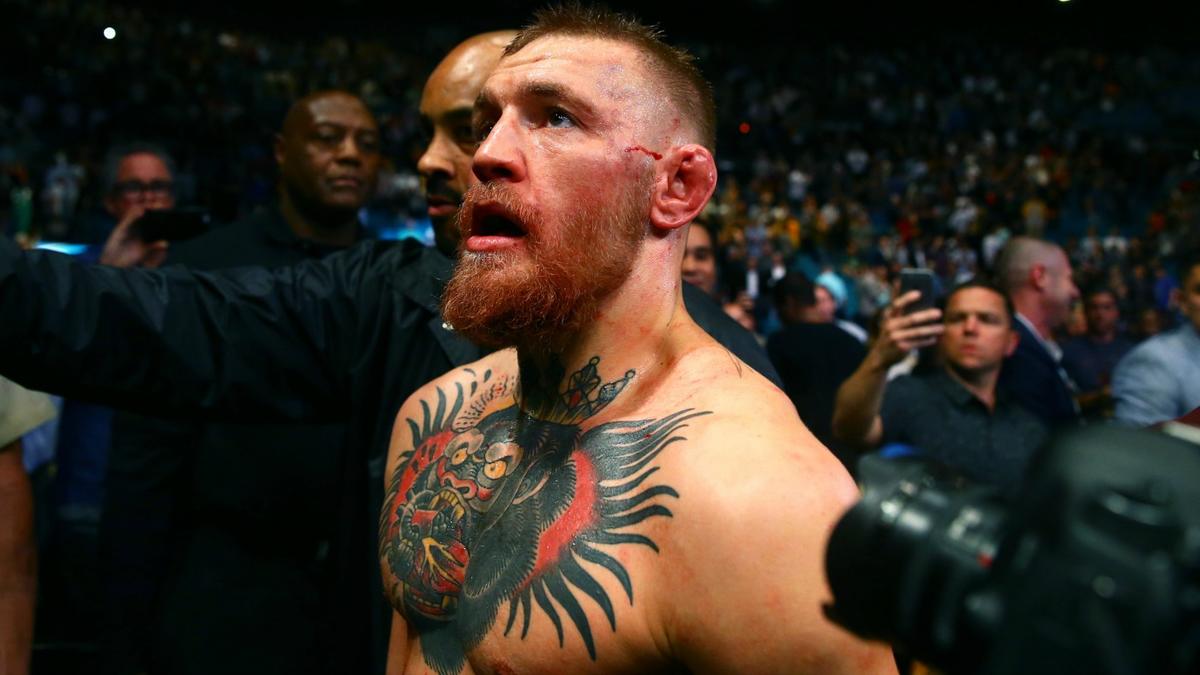 If Saturday’s UFC 246 main event were a pro wrestling match, the script would be an easy one.

Conor McGregor, the embattled former two-division champion and the biggest star in MMA history, returns from a long layoff to knock out rugged veteran Donald “Cowboy” Cerrone in their five-round welterweight bout and open the door to countless lucrative matchups for UFC in 2020.

That’s certainly a script UFC officials might admit in a candid moment would be the best for business. It’s also a result fans seem to want in earnest, even with McGregor’s polarizing identity amid multiple sexual assault accusations and Cerrone’s reputation as a crowd favorite.

Can’t get enough UFC? Subscribe to our podcast State of Combat with Brian Campbell where we break down everything you need to know in the Octagon, including an early preview of McGregor vs. Cerrone.

From a betting standpoint, it’s also the outcome that is most likely, which is why the 31-year-old Irish star has held firm as the favorite against the 36-year-old Cerrone (36-13, 1 NC) who dropped his last two fights via knockout versus elite competition.

If McGregor (21-4) does as expected in his first fight since being submitted in a one-sided lightweight title loss to Khabib Nurmagomedov some 15 months ago, UFC will have succeeded in giving him a sneaky “get well” fight in what has all the makings of a blockbuster pay-per-view event at T-Mobile Arena in Las Vegas.

But how about this as a question very few people seem to be talking about ahead of this fight: What if McGregor doesn’t win? From the standpoint of everything from his brand to the UFC’s bottom line and Cerrone’s legacy, what exactly are the implications?

Given the wildly unpredictable nature of wins and losses in MMA, it’s always risky to put too much stock on the importance of one fight. With that said, the exact opposite argument could be made that McGregor has never had more pressure to win because of how much he would stand to lose with a defeat.

Because of how meteoric his initial rise to the featherweight title was, there are many critics who still look at McGregor as more of a one-dimensional fighter who rode one of the hottest streaks in UFC history but wasn’t able to rely on the same power at 155 and 170 pounds that he did at 145 to so consistently call his shots and deliver in dramatic fashion.

McGregor has fought just once since his November 2016 knockout of then-lightweight champion Eddie Alvarez that left him virtually on top of the MMA world. The three-plus years that followed saw inactivity laced with enough varying levels of extracurricular activity to further put into question whether McGregor could ever reactivate the magic of his “Mystic Mac” days where anything seemed possible each time he entered the cage.

Because of that, McGregor stands at a unique crossroads entering Saturday where a win would catapult him instantly into title contention at both lightweight and welterweight while reviving his brand as UFC’s biggest attraction. But a loss, especially against a fighter perceived to be firmly in his twilight, would be nothing short of disastrous with the potential to demote McGregor to a full-time role as a celebrity fighter playing out the string of his remaining paydays. A second straight defeat would also drop McGregor to 2-5 since 2015.

McGregor is such a coveted opponent thanks to the money he brings in that a loss would also affect potential marque fights across two divisions, including opening the door for Justin Gaethje to draw the winner of Nurmagomedov-Tony Ferguson at lightweight and Jorge Masvidal going down the path of welterweight champion Kamaru Usman instead of waiting on McGregor.

UFC proved in 2019 when McGregor was idle that it has moved on from its financial need for him to be active and successful. President Dana White repeatedly boasted it was the promotion’s richest year, thanks in large part to the specifics of its new deal with ESPN as an exclusive broadcasting partner. That doesn’t mean a McGregor loss wouldn’t substantially alter just how big the next 12 months could be for UFC should he instead win and trigger a rematch with Nurmagomedov that challenge PPV records.

A loss for McGregor might catapult Cerrone into a new level of stardom and opportunity as a crossover fighter that appeared closed after he was stopped by Ferguson in June thus ending his bid for a title run that could’ve added the cherry to the sundae of his memorable career. Cerrone, who owns UFC records for everything from wins and finishes to appearances inside the Octagon, could see himself fighting for a BMF title against Masvidal for all we know as a potential reward in the biggest fight of his career.

Maybe the biggest thing on the line for McGregor on Saturday is the potential for what type of chain reaction the result of this fight will trigger and how that plays into how we will someday remember him.

Is McGregor an all-time great fighter who is on the verge of authoring a second chapter consistent with the legends before him? Or is “The Notorious” simply a fighter who at one time was great before excess and inactivity produced a caricature of his once lethal self?