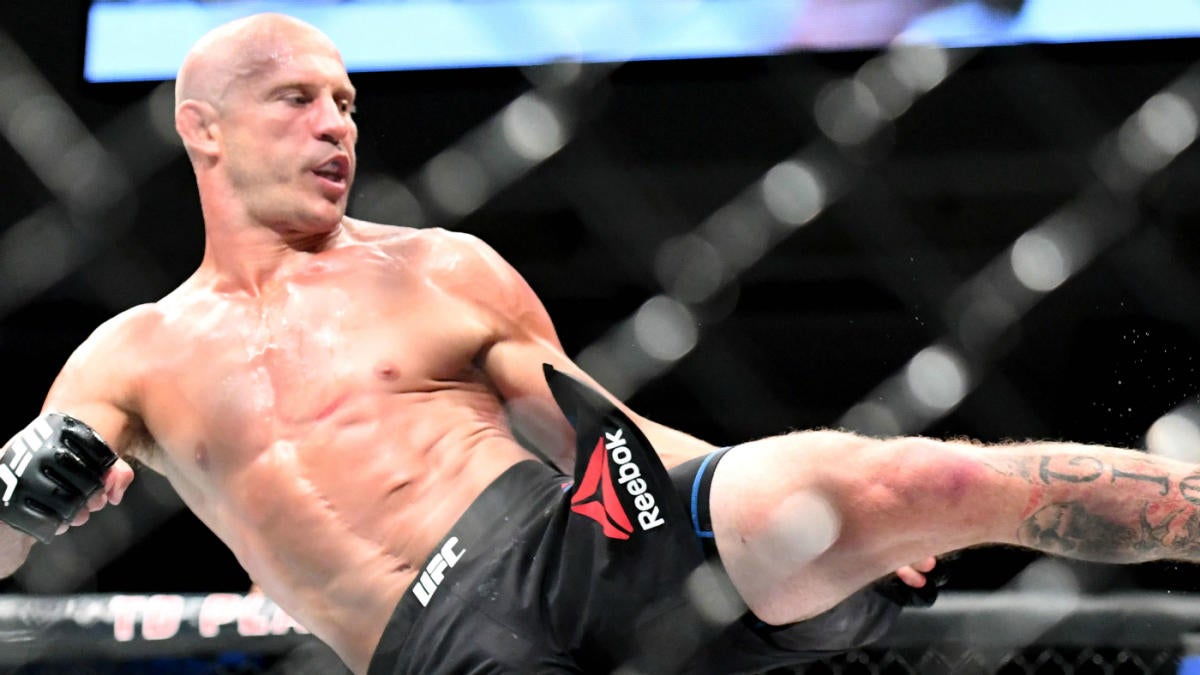 There is little doubt about Donald Cerrone’s role at UFC 246 is that of “opponent.” Cerrone is the B-side in the main event, but who isn’t when it comes to fighting against Connor McGregor? The odds for the fight show McGregor as a clear favorite, but Cerrone is not typically an easy out. In fact, Cerrone holds the record for most UFC wins, having had his hand raised 23 times in the promotion.

So, what then, are the clearest paths to victory for Cerrone when the two meet on Jan. 18 from Las Vegas’ T-Mobile Arena? Let’s take a look.

Can’t get enough UFC? Subscribe to our podcast State of Combat with Brian Campbell where we break down everything you need to know in the Octagon, including an early preview of UFC 246.

Take the fight to the ground: McGregor’s two losses in the UFC have come via submission. He was badly outclassed on the ground by both Nate Diaz and Khabib Nurmagomedov, and in both cases eventually gave up his back before being forced to tap out. Cerrone has a solid ground game of his own, though his fan-favorite status largely comes as a product of his willingness to engage in striking wars. McGregor recently posted on Instagram that the “first one to shoot’s a cowb—-,” which seems like clear bait to keep the fight standing and in the realm where McGregor established himself among the sport’s elite.

Cerrone, for his part, seems determined to keep the fight standing, however. Possibly as a product of knowing what’s expected from him and possibly to prove some larger point to fans — and himself. “You know, I probably should [take him down], but I don’t think I will,” Cerrone told ESPN’s Brett Okamoto. “I like to fight too. I like to get in there and throw down. Everyone says his standup is amazing, so why not go and test it? Everyone says, ‘you want to just stand there, you’re going to get knocked out, that’s such a stupid game, that’s a stupid decision.’ But it’s my decision. It’s my stupidity. Who the f— are you to tell me what I can do?”

Use length and distance: McGregor stands just 5-foot-9. Cerrone has three inches on the shorter Irishman, and if he is determined to engage in a striking game, it should revolve around using a jab and firing off kicks. Both striking options would keep McGregor from establishing a presence inside where he’d be able to fire off powerful strikes of his own. Cerrone has scored many stoppages that came off of head kicks, and knowing letting go with kicks won’t be countered into takedowns should free him up to let loose with them to the head as well as the body and legs.

Similarly, working off a stiff jab has the potential to frustrate McGregor and set up other openings. In his fight with Rick Story at UFC 202, Cerrone landed one of the best combinations of his career, throwing a jab, right hand to the body, left hook and then a head kick. Working off the jab is something Cerrone does well when he is on his game and he needs to not abandon one of the most effective tools in his arsenal in favor of engaging in a wild brawl.

Establishing distance will also make it harder for McGregor to dig shots to Cerrone’s body, which has been a weak spot in the game of “Cowboy” in the past. And sparring footage from the McGregor camp appeared to show a fair amount of attention being paid to body work.

Play the long game: McGregor has been past the second round just three times in his career and there have been questions about his cardio as a result of that small sample size. McGregor has faded in fights when he doesn’t get an early finish, partially because his aggressive style leads to dumping a lot of energy into going for the kill from the opening bell. McGregor never really got on track against Nurmagomedov before being finished in the fourth round. Against Nate Diaz in their rematch, he won the first two rounds on every judge’s scorecard before losing the third and fifth rounds. Even in his boxing match with Floyd Mayweather, McGregor faded in very visible ways as the fight went on.

Cerrone has been past the second round 18 times in his career. He does not always come out with a win against elite competition, which is the biggest reason for only receiving one UFC title shot in his storied and lengthy career, but he is experienced in fights that both end with a bang in the early rounds or play out over the course of 15 to 25 minutes.

Weathering an early storm from McGregor will likely be necessary for Cerrone. But if he can keep his cool and not get caught in the first or second round, the fight may be there to be taken over as McGregor fades.