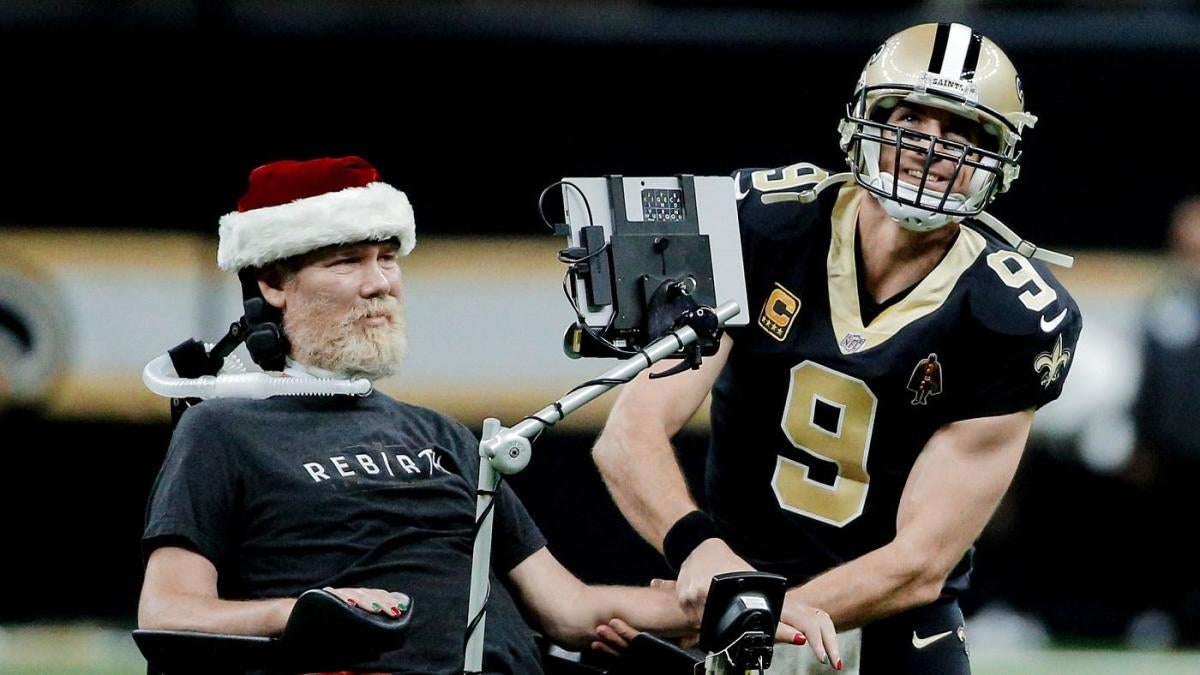 Former New Orleans Saints safety Steve Gleason is being bestowed with a tremendous honor in the Washington D.C. On Wednesday, Gleason was presented with the Congressional Gold Medal for his work related to ALS, also known as Lou Gehrig’s disease.

Gleason was diagnosed with ALS back in 2011 and has helped more than 15,000 ALS patients receive care through his Team Gleason foundation. He will be one of just eight professional athletes that receive the Congressional Gold Medal.

“Talk about feeling undeserving! The list of past winners is filled with enlightened and powerful giants of humanity. It’s ridiculously overwhelming,” Gleason told the Saints official website earlier this week. “I am honored and accept the Congressional Gold Medal for all the families who have been diagnosed with ALS, as well as anyone struggling to overcome life’s inevitable adversities.”

Louisiana senator Bill Cassidy nominated Gleason for the Congressional Gold Medal, which is the highest honor that Congress can award a civilian. An act of congress is required for a person to be awarded the special medal.

“Steve Gleason has shown tremendous courage and resolve in the face of ALS,” Cassidy told 4WWL News in New Orleans. “He has remained positive in the face of extreme adversity, inspiring all who hear his story. Steve deserves this medal, and I look forward to his presentation ceremony.”

Gleason played for the Saints from 2000 to 2006 and was responsible for one of the franchise’s biggest moments. Gleason blocked an Atlanta Falcons punt in 2006 during the first quarter of a September game. It was the first game in New Orleans in nearly two years following the aftermath of Hurricane Katrina.