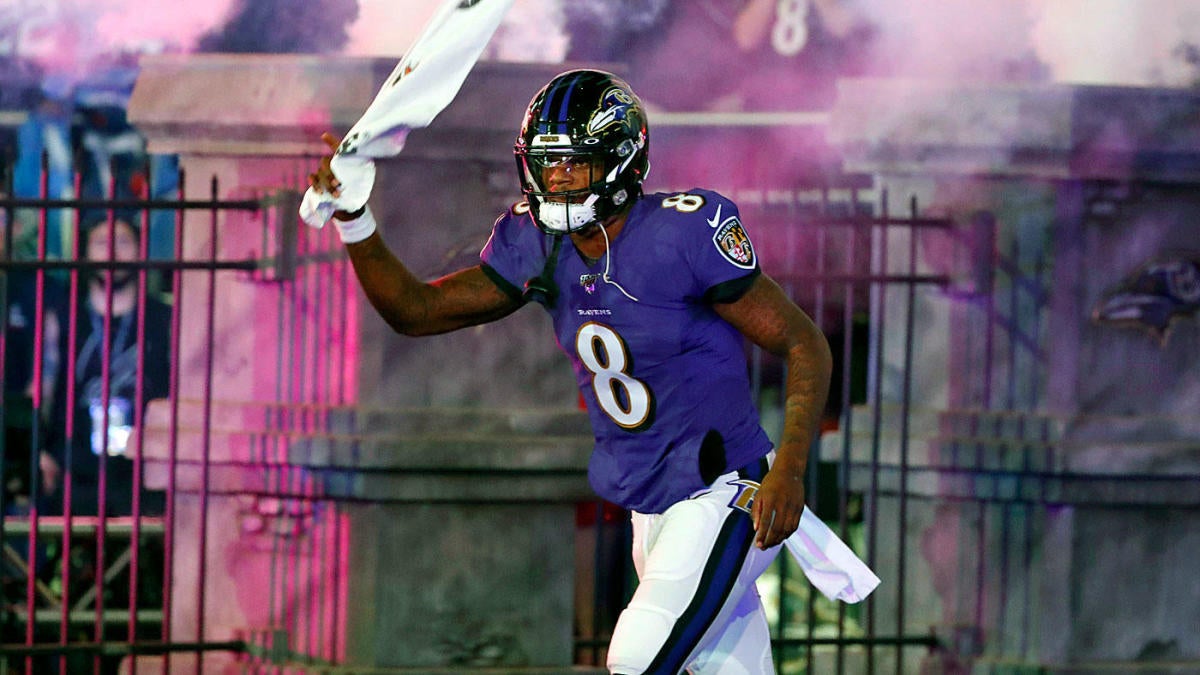 Lamar Jackson’s historic season may have concluded with a loss in the AFC divisional round, but the numerous awards are starting to fill up the trophy case for the Baltimore Ravens quarterback. The Pro Football Writers Association selected Jackson as league MVP and Offensive Player of the Year Wednesday and New England Patriots cornerback Stephon Gilmore earned Defensive Player of the Year honors.

Jackson had a historic season for the Ravens, becoming the first quarterback to throw for over 3,000 yards and rush for over 1,000 yards in a single season; Jackson also had the most rush yards by a QB in a season in NFL history (1,206), leading the league with 6.9 yards per carry, finishing with seven touchdowns. Jackson completed 66.1 percent of his passes for 3,127 yards, 36 touchdowns and six interceptions for a 113.3 passer rating. He led the NFL in touchdown passes and touchdown percentage (9.0). His 43 total touchdowns led the league.

Jackson is the first Ravens player to win PFWA honors since Jamal Lewis in 2003. Jackson led the Ravens to a 14-2 regular season and the No. 1 seed in the AFC as Baltimore became just the seventh team in NFL history with multiple 1,000+ yard rushers (Jackson, Mark Ingram II). The Ravens set the NFL record for rushing yards in a season with 3,296 and Baltimore became the first team to pass for 3,000 yards and run for 3,000 yards in a season.

Gilmore started all 16 games for the Patriots, finishing with 53 tackles (44 solo), six interceptions for 126 return yards and two touchdowns. He also had 20 passes defensed and one fumble recovery. While Gilmore led the league in interceptions and passes defensed, opposing quarterbacks had just a 44.1 passer rating when targeting him. Gilmore allowed just 51 catches for 599 yards and zero touchdowns in 2019.

Gilmore is the first Patriots player to win defensive player of the year honors and just the third cornerback to win the award, joing Deion Sanders (1992) and Charles Woodson 2009).