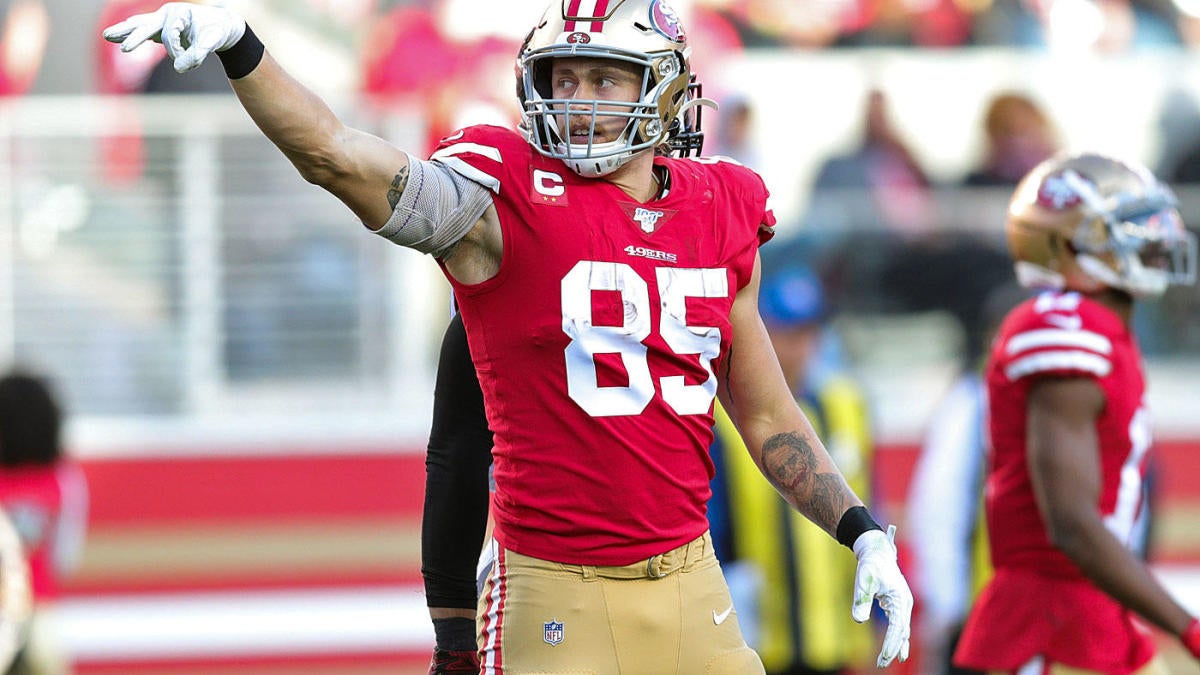 George Kittle was an unexpected absence when the 49ers released Wednesday’s injury report in preparation for Sunday’s NFC Championship Game against the Packers.

Kittle, the 49ers’ All-Pro tight end, is dealing with “some ankle soreness” following the team’s divisional round playoff win over the Vikings, according to ESPN’s Nick Wagoner. Kittle’s injury is not expected to keep him out of Sunday’s game. Another 49er that was absent from Wednesday’s practice was defensive lineman Dee Ford, who is currently dealing with a quad/hamstring injury. Like Kittle, Ford, who missed five regular season games due to injury, is expected to be active for Sunday’s game.

49ers linebacker Kwon Alexander (pec) was limited during Wednesday’s practice, while running backs Tevin Coleman (elbow) and Raheem Mostert (calf) were both listed as full participants. The duo of Coleman and Mostert combined to rush for 163 yards and two touchdowns on 34 carries in San Francisco’s 27-10 win over the Vikings, with Coleman leading the way with 105 yards and two scores on 34 carries.

The return of Bulaga is a welcome site for the Packers after the veteran lineman was forced to miss last Sunday’s game due to an illness. Bulaga, who missed Green Bay’s regular season loss to the 49ers with a hand injury, is expected to play in Sunday’s game.

“It was super-unfortunate timing,” Bulaga said on Wednesday when asked about missing last Sunday’s game, via Sports Illustrated’s Bill Huber. “I woke up at 3 a.m. on Sunday and it was downhill from there. It sucked to miss that one. It looked fun watching it from the inside the training room. But, unfortunately, we did everything we possibly could to try to get my body back for the game and it just wasn’t happening. Went through a lot of IVs. I wasn’t able to eat anything. It just wasn’t possible.”