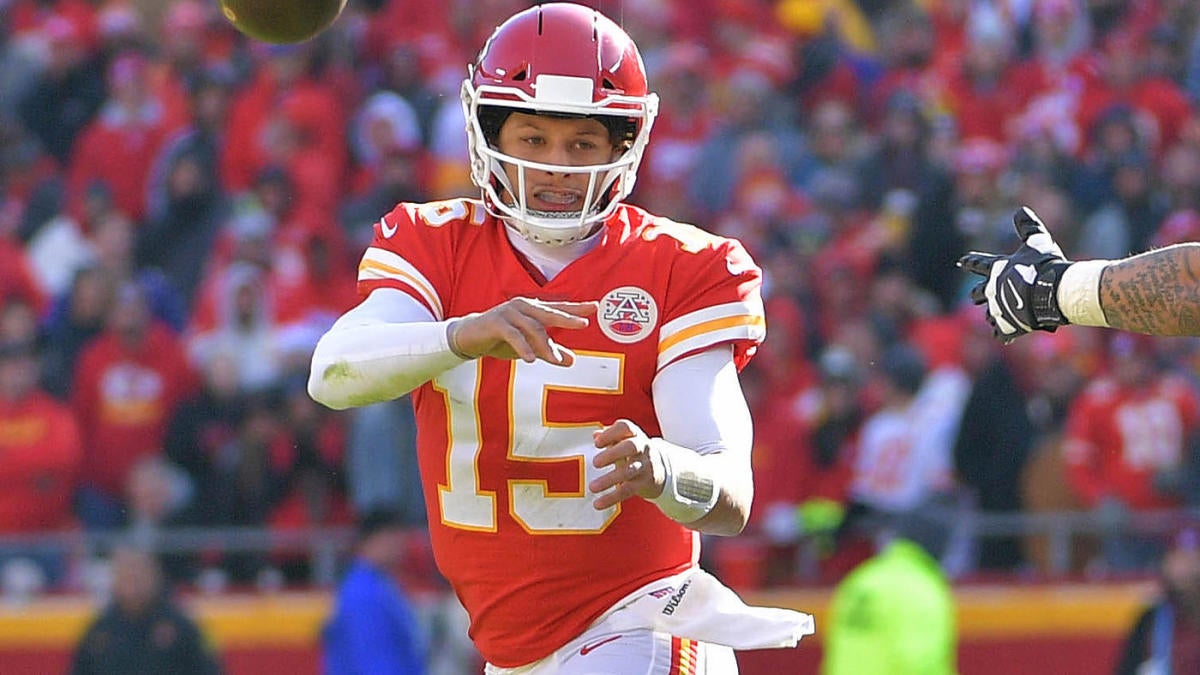 Millions are at stake during Championship Weekend for NFL DFS players who will be investing in on-field players looking to earn the ultimate prize – a trip to Super Bowl LIV. That means making tough choices among the remaining elite quarterbacks, as Green Bay’s Aaron Rodgers hits the road against San Francisco’s Jimmy Garoppolo in the 2020 NFC Championship Game on Sunday. Meanwhile, a contrast of styles is set for the 2020 AFC Championship Game, as Patrick Mahomes and the high-flying Kansas City Chiefs battle bruising running back Derrick Henry and the visiting Tennessee Titans. But which NFL DFS players can you trust to perform on Championship Weekend?

FanDuel is hosting a $1.6M NFL Sunday Million and DraftKings is running a $3M Fantasy Football Millionaire that awards $1M to the winner, which will make every NFL DFS decision that much more important. Before you enter these NFL DFS tournaments or any others for Championship Weekend, you’ll want to see the latest NFL DFS picks and lineups from Mike McClure. He’s a DFS pro who has won almost $2 million in his career and his top daily Fantasy football picks, optimal lineups and stacks can help you make all the right calls for Chiefs vs. Titans and Packers vs. 49ers on Sunday.

McClure rolled through the 2019 NFL season, including a strong 3x return on DraftKings in the Week 3 main slate. On Sunday of Week 5, his optimal lineup finished in the top 1 percent of tournaments on DraftKings, with his four core players — Deshaun Watson, Michael Thomas, Christian McCaffrey and Will Fuller — combining for a whopping 196.34 points, enough to cash in tournaments by themselves. He followed that up by cashing his FanDuel and DraftKings lineups on Sunday Night Football and Monday Night Football in Week 6 and then cashed everywhere on his SNF lineups yet again in Week 7.

He continued his roll with wins on both sites on the main slate, SNF and MNF in Week 8. He added 5x returns on his optimal lineups on both sites in Week 9 and cashed in main slate tournaments on both sites in Week 11. His Week 13 main slate lineups returned at least 10x on DraftKings and produced returns as high as 40x in higher-stakes tournaments. In Week 15, all of his lineups cashed handily, and then he continued his success in the divisional round, cashing on every lineup he posted on SportsLine. Anybody who has been following him has seen huge returns.

Now, he has turned his attention to the NFL DFS player pool for the AFC and NFC Championship games and locked in his top daily Fantasy football picks. You can only see them by heading to SportsLine.

One of McClure’s top NFL DFS picks for Championship Weekend is Chiefs quarterback Patrick Mahomes at $8,600 on DraftKings and $7,500 on FanDuel. The defending NFL MVP had a monster divisional round performance against the Texans, throwing for 321 yards and five touchdowns. Mahomes passed for 4,031 yards, 26 touchdowns and just five interceptions in 14 games during the regular season.

Plus, Mahomes lit up Tennessee’s defense in his last meeting against the Titans. In Kansas City’s 35-32 loss at Tennessee earlier this season, Mahomes completed 36 passes for 446 yards and three touchdowns. He’s also thrown multiple touchdown passes in three of his last four games. Lock him in as one of the top overall NFL DFS plays on Championship Weekend and look for a big return against the Titans.

Part of McClure’s optimal NFL DFS strategy for Championship Weekend includes rostering Chiefs wide receiver Sammy Watkins at $5,200 on FanDuel and $4,600 on DraftKings. Watkins had three touches in the divisional round against the Texans, but he again proved to be one of the NFL’s fastest players, turning two catches and one carry into 90 total yards.

Watkins was a central part of the game plan when the Chiefs played the Titans in November. He was targeted nine times, his fourth-highest total of the season. He also had two carries for 12 yards, and his seven total touches tied for his second-highest mark of the season. With Titans cornerback Malcolm Butler (wrist) out, Tennessee’s secondary could struggle to shut down all of Kansas City’s receiving options. That should open up opportunities for Watkins, who has shown he has the athleticism to capitalize in a huge way for NFL DFS players.

How to set your Championship Weekend NFL DFS lineups

McClure is also targeting a player who could go off for massive numbers on Sunday because of a dream matchup. The stars are aligning for him to go for 30, even 40 points on FanDuel and DraftKings. This pick could be the difference between winning your tournaments or going home with nothing.

So who is DFS pro Mike McClure putting in his optimal NFL DFS lineups for Championship Weekend? And which player could put up tournament-winning numbers? Visit SportsLine now to see the full optimal tournament and cash game lineups from a professional DFS player who has almost $2 million in career winnings, and find out.