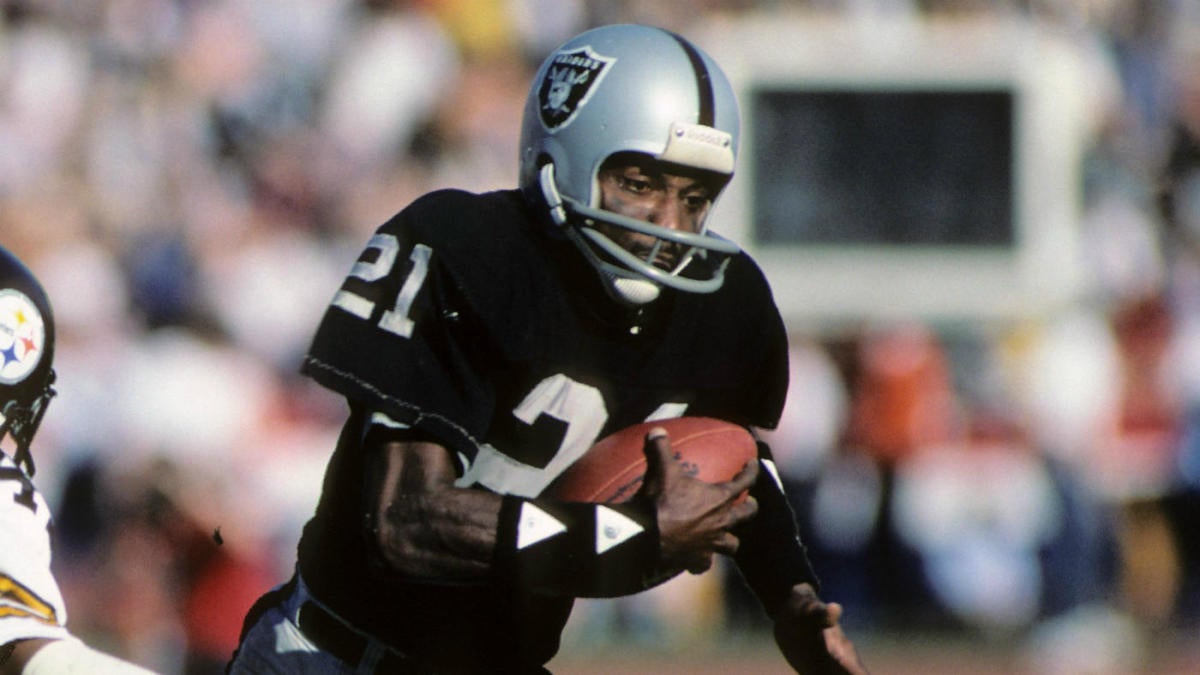 Drew Pearson’s emotional reaction to not getting the call to Canton on Wednesday symbolized the agony that comes with not being selected for enshrinement into the Pro Football Hall of Fame. While Pearson, the only member of the 1970s All-Decade Team that has yet to receive his gold jacket, did not hear his name called on Wednesday, 10 senior candidates and three contributors were selected as part of the Hall of Fame’s 20-member centennial class. The 2020 class won’t be complete until the five modern-era finalists are selected on the eve of Super Bowl LIV.

In light of Wednesday’s announcement, we decided to rank the top five snubs from the senior candidates and coaches category from this year’s Hall of Fame class.

After leading UCLA to a Rose Bowl victory over Woody Hayes’ Buckeyes, Vermeil took over a struggling Eagles franchise in 1976 and turned them into a playoff team in 1978. Two years later, Vermeil guided the Eagles to their first-ever NFC title.

After a 14-year break, Vermeil returned to the sidelines in 1997, taking over a Rams team that was among the worst in football during the decade. After two losing seasons, Vermeil and the Rams went on a magic carpet ride in 1999, as the Rams transformed into the “Greatest Show on Turf” behind quarterback Kurt Warner, running back Marshall Faulk and receivers Isaac Bruce and Torry Holt. The ’99 Rams won 13 regular season games before defeating the Titans in Super Bowl XXXIV, evening Vermiel’s Super Bowl record in the process.

Vermeil stepped away from coaching after the ’99 season before embarking on his third and final coaching stop in Kansas City in 2001. For a third time, Vermeil transformed a struggling team into a winner, leading the Chiefs to a 13-3 regular season in 2003. While his .524 regular season winning percentage is likely the reason why he is not currently in Canton, Vermeil should be remembered for his ability to turn dormant franchises into winners, something he did on three different occasions over four different decades.

The No. 1 overall pick in the 1966 draft and the first pick in Falcons history, Nobis spent most of his 11-year career toiling on bad teams. While the Falcons only had two winning seasons during his time in Atlanta, Nobis put the franchise on the map with his superb play on the football field. Regarded as one of (if not the) hardest hitting players of his era, Nobis earned the respect of each of his opponents while earning the nickname “Mr. Falcon”. He was also a versatile linebacker who could catch even the fastest of players.

“Nobis was as fast as most backs,” said former Cowboys Hall of Fame coach Tom Landry. “In my opinion, he was a super player.”

“It was not one thing he did, it was everything he did,” added former Bears Hall of Fame tight end Mike Ditka. “He was an old-fashioned linebacker. He didn’t call attention to himself. He went out and played it.”

A member of the NFL‘s 1960s All-Decade Team, Nobis was a Pro Bowler in five of his first seven NFL seasons.

The only member of the NFL’s 1970s All-Decade Team that is not currently in the Hall of Fame, Pearson, nicknamed “Cluch” by his teammates, earned three All-Pro selections and three Pro Bowl nods from 1974-77. During that span, he helped the Cowboys appear in two Super Bowls that included a victory in Super Bowl XII. In 1977, the season that saw Dallas win their second Super Bowl during the decade, Pearson led the NFL in receiving yards while averaging 18.1 yards per reception.

While his career stats hold up with any other receiver from his era, Pearson’s postseason production is as good as any receiver in NFL history. In 21 career playoff games, Pearson caught 68 passes for 1,131 yards and eight touchdowns while averaging 16.6 yards per reception. His greatest postseason moment came in the 1975 playoffs, when he was on the receiving end of the first Hail Mary pass in NFL history.

The most versatile running back of his era, Craig, a member of the NFL’s 1980s All-Decade Team, became the first player in NFL history to catch and rush for over 1,000 yards in one season in 1985. A four-time Pro Bowler from 1985-89, Craig’s 1,502 rushing yards and 2,036 all-purpose yards in 1988 helped the 49ers win their third Super Bowl of the decade. A year later, Craig’s versatility helped San Francisco become the fourth team in league history to win back-to-back Super Bowls.

Like Pearson, Branch was a dynamic receiver that struck fear into opposing defenses during an era when the running game still ruled the NFL. That being said, Branch helped revolutionize the game by becoming one of the most dangerous deep ball threats of his era. In 1974, his first season as a starter, Branch led the league in receiving yards and touchdown receptions. Over the next three years, he would earn three Pro Bowl selections and two All-Pro nods while again leading the NFL in touchdown receptions in 1976. That was also the season where Branch helped the Raiders compile a 13-1 regular season record en route to the franchise’s first-ever Super Bowl win.

Branch continued to be a dangerous, deep threat receiver well into his 30s while helping the Raiders win two Super Bowls during the 1980s. His two touchdown catches in Super Bowl XV helped Oakland defeat the Eagles, 27-10. Three years later, at the age of 35, Branch’s six-catch, 94-yard, one touchdown performance in Super Bowl XVIII helped the Raiders dismantle the defending champion Redskins in Super Bowl XVIII, 38-9. In 22 career playoff games, Branch caught 73 passes for 1,289 yards and five touchdowns while averaging 17.5 yards per reception.