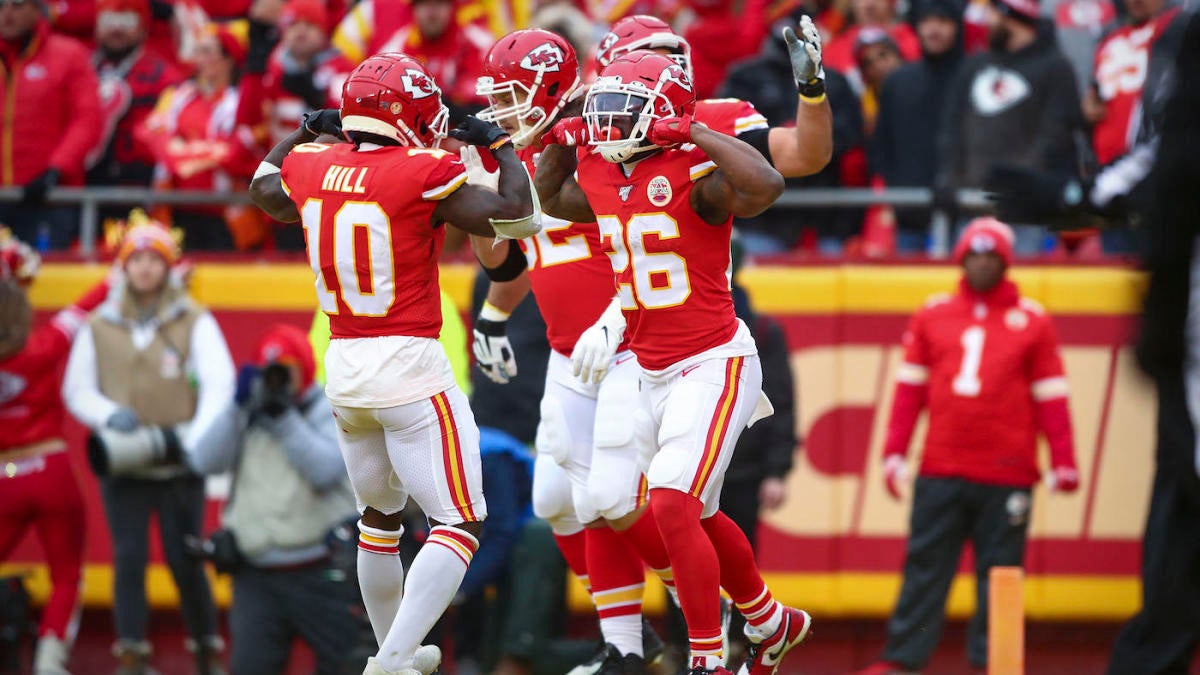 The Kansas City Chiefs completed an incredible comeback against the Houston Texans in the divisional round to advance to the AFC Championship game, where they will face the Tennessee Titans this Sunday. After falling behind 24-0 in the second quarter, the Chiefs scored four unanswered touchdowns to acquire a 28-24 halftime lead. As Jenna Laine of ESPN pointed out, per Elias, the Chiefs became the first team in NFL history in the regular season or postseason to lead at halftime after trailing by 24 or more points.

All four of those second-quarter touchdowns were passes from Patrick Mahomes, as Kansas City’s wideouts began to run wild against Houston’s secondary. Mahomes finished with 321 passing yards and five touchdowns in the 51-31 victory — and while he was fantastic — his wideouts deserve credit as well.

During an interview with reporters on Wednesday, Hill told the media that he believes no team in the NFL can guard the Chiefs’ offensive weapons.

“I feel like nobody in the NFL can guard any of us,” Hill said, according to James Palmer of the NFL Network. “I mean that’s no disrespect to nobody. That’s just the confidence I got in myself and the wideouts I got around me, including the tight ends and the running backs. I feel like no DB unit, no secondary unit, no linebacker, or any defense can guard any of us. So man to man is just easy for us to beat. And if you just allow us to just run through zone, it’s even easier.”

Hill caught just three passes for 41 yards against the Texans, but his running mate Sammy Watkins caught two passes for 76 yards, and tight end Travis Kelce was virtually unstoppable, as he caught 10 passes for 134 yards and three touchdowns.

In two postseason games, the Titans have allowed an average of 277 yards through the air, which is the most by any team alive in the postseason other than the Chiefs, who gave up 348 passing yards in their one playoff game. The 51 points the Chiefs scored on Sunday are also the most points any team has scored in the postseason this year. The Titans have been great defensively, however, and have allowed just a total of 25 points in the wild-card and divisional rounds.

In the Chiefs’ Week 10, 35-32 loss to the Titans, Mahomes threw for a season-high 446 yards and three touchdowns — despite the fact that he had missed the previous two games due to injury. Hill caught a career-high 11 passes for 157 yards and a touchdown in Tennessee earlier this year, and while the Chiefs put up 530 yards of total offense, the Titans still found a way to get the win.

Sunday should be another interesting matchup between these two teams, with a spot in Super Bowl LIV on the line.