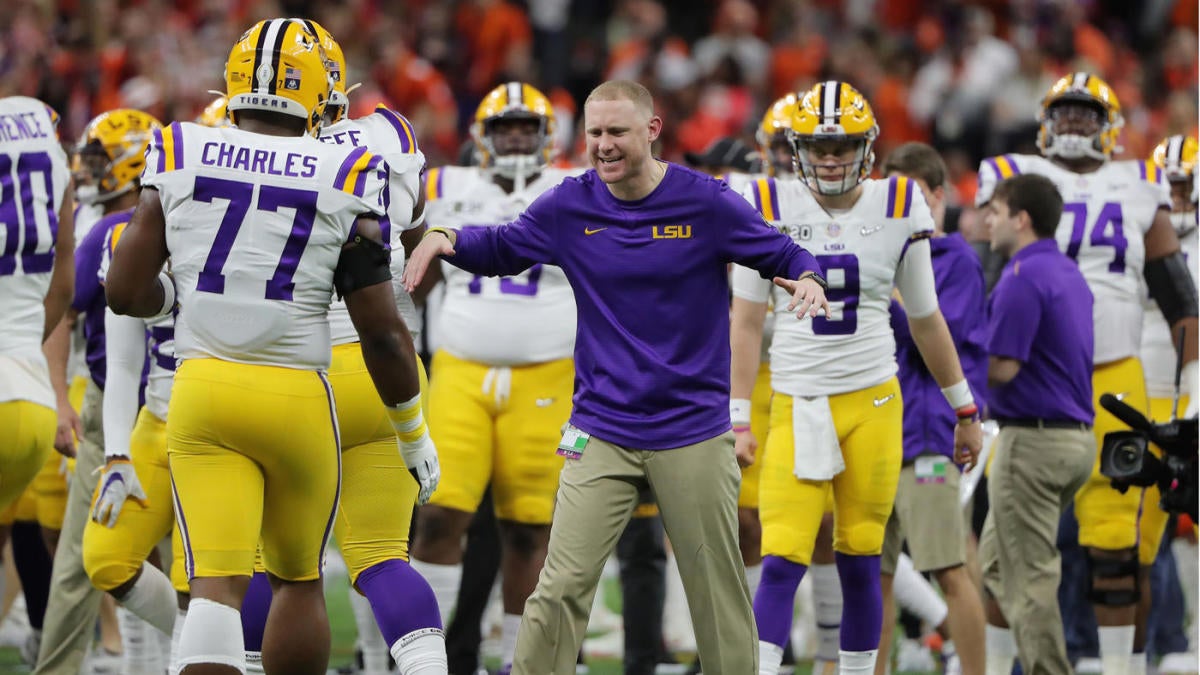 Fresh off a College Football Playoff National Championship win over Clemson, LSU coach Ed Orgeron is on the hunt for his next great hire. Not even 25 hours after the confetti fell in New Orleans’ Mercedes-Benz Superdome, Tigers wide receivers coach and passing game coordinator Joe Brady is reportedly headed to the Carolina Panthers as the team’s offensive coordinator.

If/when that becomes official, it’ll be a well-deserved promotion for Brady, who is still just 30 years old. The Broyles Award winner for top assistant coach was easily the most impactful hire in the college football ranks over the past year for reasons that are both obvious and lengthy. It’s easier to just point to Heisman Trophy winning quarterback Joe Burrow and the laundry list of records he broke this past season. Put simply, Brady was an influential part behind the Tigers scoring more passing touchdowns in 2019 than they did from 2015 to 2018 combined. He also helped unlock loads of potential with Burrow, the surefire No. 1 pick in the upcoming NFL Draft, and the handful of freaky talented pass-catchers the Tigers usually possess, but have rarely fully utilized.

Brady’s jump to the NFL makes sense. He has previous experience with the New Orleans Saints. The money is also probably amazing since it was previously reported that Brady had agreed to a three-year extension with LSU worth roughly $3 million. That was considered “NFL” money, but that’s exactly what he’ll make with the Panthers.

The point is, Brady’s time with LSU was likely limited anyway. If you’re good enough, you get hired away. That’s a decent problem for LSU and Orgeron to have. To the same tune, it’s why Power Five programs want players to go on to the NFL, even if it’s after three years. While the loss of Brady is significant, it’s a chance for Orgeron to show he can get lightning to strike twice in the same spot. If 2019 was anything, it was proof that it can adapt to the times and win the way football games are won anymore. The program is still in good hands with offensive coordinator Steve Ensminger, Orgeron is just finding the next complementary piece.

Orgeron went out and got a gem in Brady a year ago. He’ll be tasked with finding another capable offensive mind to keep up the pace on offense in 2020. But this time there’s a lot more confidence outside the program that he’ll be able to do it.