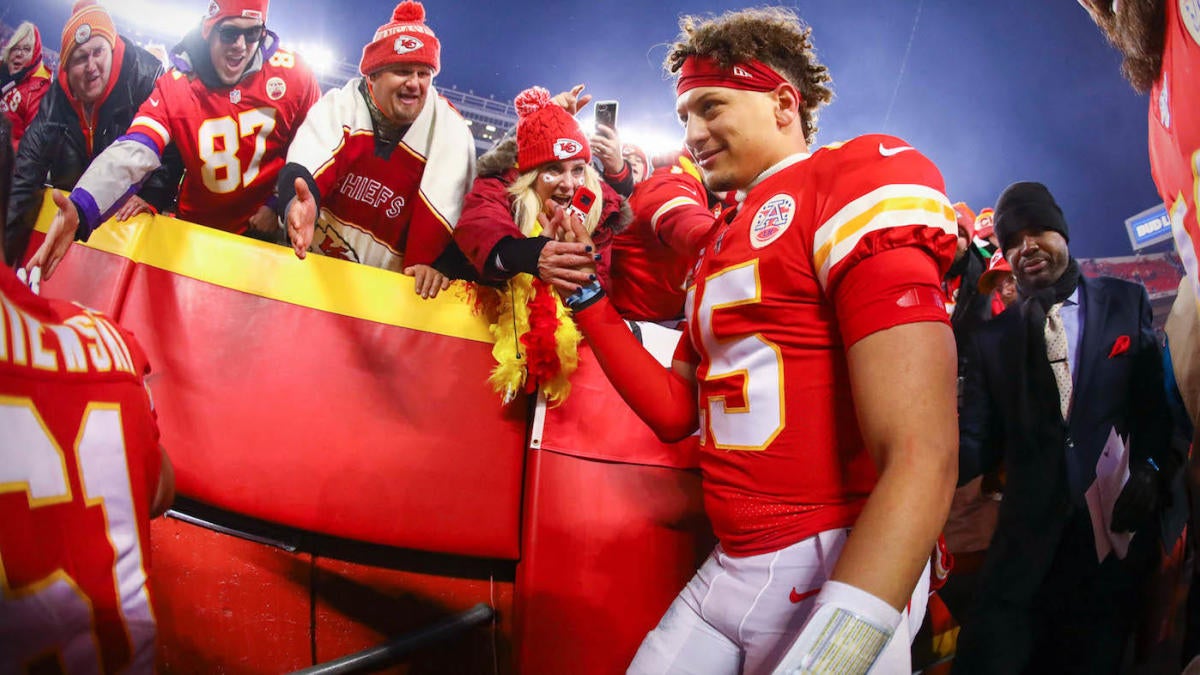 And then there were four. After the divisional round last weekend, just four clubs remain in the hunt for a Super Bowl LIV berth and the chance to hoist the Lombardi Trophy in early February. For the most part, things have shaken out to be a bit chalky with three of the four remaining teams being top-two seeds in their respective conference.

The one club that didn’t make it, however, was a doozy.

After sitting as the clear-cut Super Bowl favorite for largely the entire second half of the regular season, the No. 1 seeded Ravens were knocked out of the postseason in rather stunning fashion by the Titans. As was the case in their upset over New England on Wild-Card Weekend, Tennessee rode the back of star running back Derrick Henry, who rushed for 197 yards on the day and even passed for a touchdown. Meanwhile, Ryan Tannehill made the throws that he needed to in the upset and the Titans defense largely kept the Ravens out of the end zone and had them settling for field goals.

Despite these impressive back-to-back wins, Tennessee is still looked at as the least likely team to win Super Bowl LIV, standing at 8/1 odds. That could be due to their next opponent in the Kansas City Chiefs, who’ll now host the AFC Championship at Arrowhead thanks to Baltimore’s loss. K.C. was nearly upset in their own right as the Houston Texans went up 24-0 early in the first half. It was at that point when the Chiefs exploded with a 28-point second quarter and ultimately finished with 51 points in the comeback win.

Because of their potent offense, the Chiefs are not only favored in this upcoming matchup with Tennessee but are the new favorites to win the Super Bowl, even over the No. 1 seed in the NFC in the San Francisco 49ers.

It’s possible that the limitations of quarterback Jimmy Garoppolo, who threw a touchdown and a pick in the divisional round win over Minnesota, is what is holding San Francisco back from claiming top odds in the league. The running game for the Niners was strong against the Vikings, totaling 186 yards on the ground and two touchdowns, while the defense held them to just 10 points and less than 25 yards rushing as a team. The fact that Garoppolo didn’t turn in the type of showing that Mahomes did in his game could have been the swing for the oddsmakers with Baltimore eliminated.

While Tennessee is last in these odds, the Packers aren’t too far behind them at 7/1 odds after outlasting a comeback attempt by Seattle at Lambeau Field. Receiver Devante Adams was the headliner out of this game after he averaged 20 yards a catch and totaled 160 yards to go along with two touchdowns.

Now, we’re just under a week away from finding out which clubs will represent the AFC and NFC in Super Bowl LIV down in Miami. Will the 49ers continue their dominance? Can Derrick Henry keep putting the Titans on his back? Does Aaron Rodgers have another Lombardi in him? Will Patrick Mahomes continue to ascend into an elite postseason quarterback?

It’s going to be fun finding out.