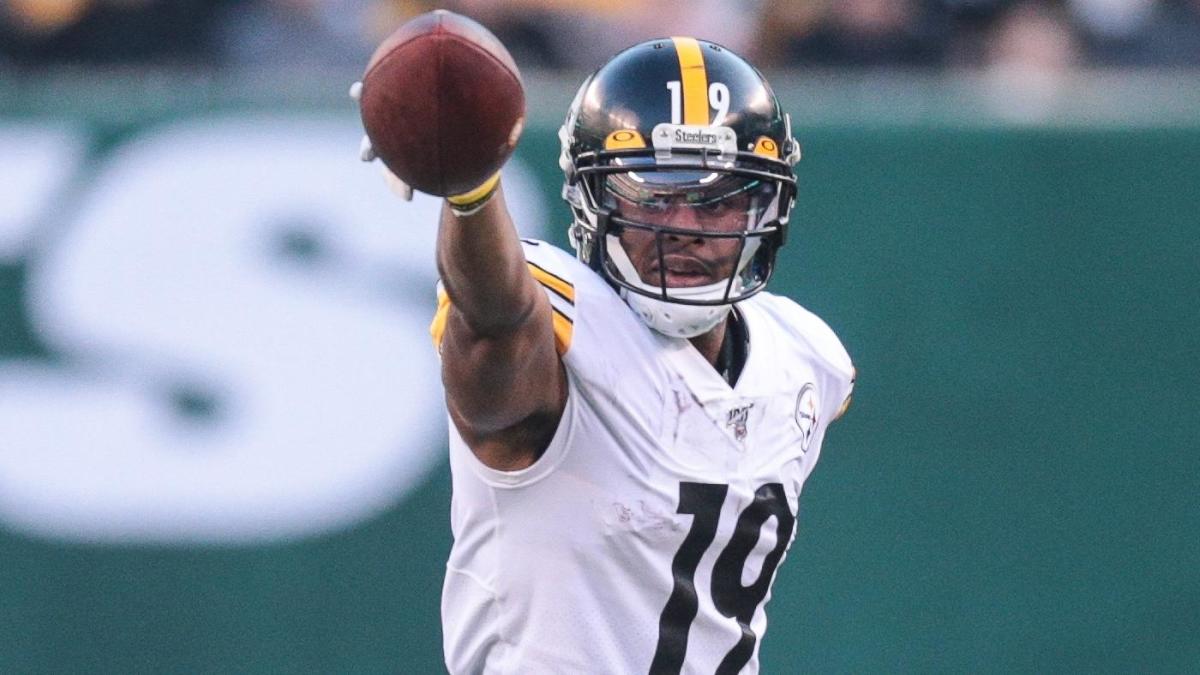 JuJu Smith-Schuster is mixing things up as he delves into his third NFL offseason following a rough 2019 campaign.

The Steelers‘ former Pro Bowl receiver is motivated to put last season behind him after he dealt with a slew of injuries that contributed to a considerable dip in production. After catching 111 passes for 1,426 yards and seven touchdowns in 2018, Smith-Schuster caught just 42 of 70 yards for 552 yards and three touchdowns in 12 regular season games. A year after leading the Steelers in receptions and receiving yards, Smith-Schuster, who dealt with foot and knee injuries during the course of the season, finished fourth on the team in receptions and third in receiving yards.

Of course, some of that drop-off can be attributed to the loss of Ben Roethlisberger, who was injured in Week 2 and lost for the season, meaning Smith-Schuster would catch passes the rest of the year from backups Mason Rudolph and Devlin “Duck” Hodges.

To get back on track, Smith-Schuster is already back at work. He’s currently working with Corey Calliet, a celebrity trainer whose clients include actors Michael B. Jordan and John Boyega, television/radio personality Rocsi Diaz, and model/fashion influencer Jasmine Sanders.

According to his website, Calliet’s training philosophy “pulls from athletic strength and conditioning techniques and professional bodybuilding fundamentals … It trains them to meet high physical demands and function at an elite level. His ability to transform both mind and body makes him highly sought after by celebrities, professional athletes, and those requiring drastic changes to their physique.”

While his worth ethic has never been in question, it appears that Smith-Schuster is putting an extra emphasis on his training and overall fitness level as he prepares for his fourth NFL season.

Along with his injures along and the loss of Roethlisberger, Smith-Schuster also had to fight through added attention from opposing defenses that no longer had to worry about Antonio Brown, who left Pittsburgh during the 2019 offseason. With opposing defenses now putting two and sometimes three defenders in his area, Smith-Schuster struggled to adjust to the added attention. His struggles contributed to Pittsburgh’s offensive woes, as the Steelers’ offense was 27th in the NFL in scoring, 28th in passing, 29th in rushing, 27th on third down efficiency and 32nd in red zone efficiency. This is after a 2018 season that saw the Steelers lead the NFL in red zone efficiency while scoring a franchise record 53 touchdowns.

Smith-Schuster, assuming that he’s healthy, should have more success within Pittsburgh’s offense in 2019. Big Ben is expected to make a full recovery following last September’s elbow surgery. James Conner will also look to get back to full healthy after missing six games with injuries last season. And Pittsburgh’s complementary receivers, led by Diontae Johnson and James Washington, should be better in 2020 after showing tremendous growth during the 2019 season. Johnson, the team’s third round pick in 2019, led the team in receiving touchdowns while earning All-Pro recognition for his work on special teams. Washington, a second round pick in the 2018 draft, led the Steelers with 735 receiving yards while averaging 16.7 yards per reception.

Smith-Schuster’s contract status is surely another motivating factor for him as he looks to have a bounce back season in 2020. While Smith-Schuster — who is entering the final year of his rookie contract — may receive a long term deal from the Steelers this offseason, it is anything but a sure thing. This offseason, the Steelers are expected to offer linebacker T.J. Watt a long term deal. Watt, who was selected one round ahead of Smith-Schuster in the 2017 draft, turned in an All-Pro season in 2019 with 14.5 sacks, eight forced fumbles and four fumble recoveries. Pittsburgh is also expected to offer fellow OLB Bud Dupree a long term deal after Dupree, the team’s first round pick in 2015, recorded a career high 11.5 sacks to go with four forced fumbles and a pair of fumble recoveries.

While his contract situation is among the Steelers’ biggest offseason question marks, it’s clear that Smith-Schuster is focused on what he can control, which is being in the best shape possible heading into his fourth season in Pittsburgh.