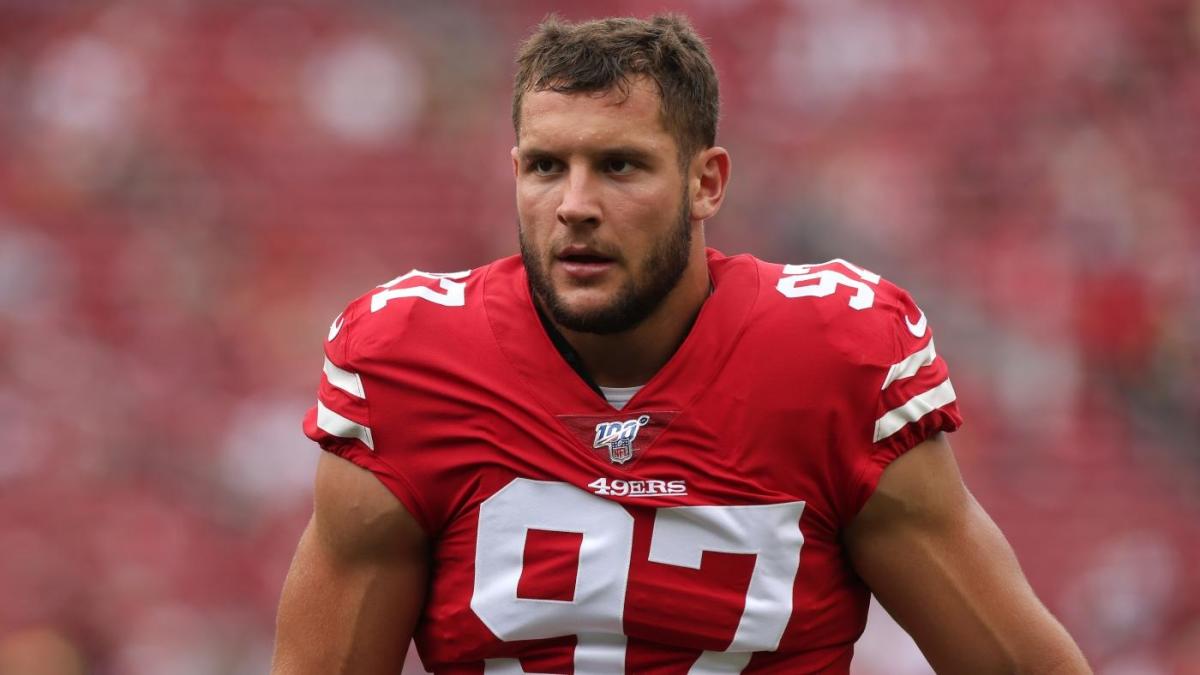 Less than a month after being selected to his first career Pro Bowl, Nick Bosa has received another accolade in what has been a memorable rookie season.

Bosa, the 49ers‘ rookie edge rusher, was recently selected as the Pro Football Writers of America Rookie of the Year as well as the Defensive Rookie of the Year. Bosa, the third overall pick in the ’19 draft out of Ohio State, recorded nine sacks during the regular season for the 49ers, who will host the Packers in Sunday’s NFC Championship Game. In his first career playoff game, Bosa recorded two sacks in San Francisco’s 27-10 win over the Vikings.

While Bosa came away with the biggest hardware, Raiders‘ running back Josh Jacobs was tabbed as the Offensive Rookie of the Year. The 24th overall pick out of Alabama, Jacobs, despite missing three games to injury, led all rookie running backs with 1,150 yards and seven touchdowns while averaging 4.8 yards per carry.

Here’s a look at the entire PFWA All-Rookie Team, broken down by position.