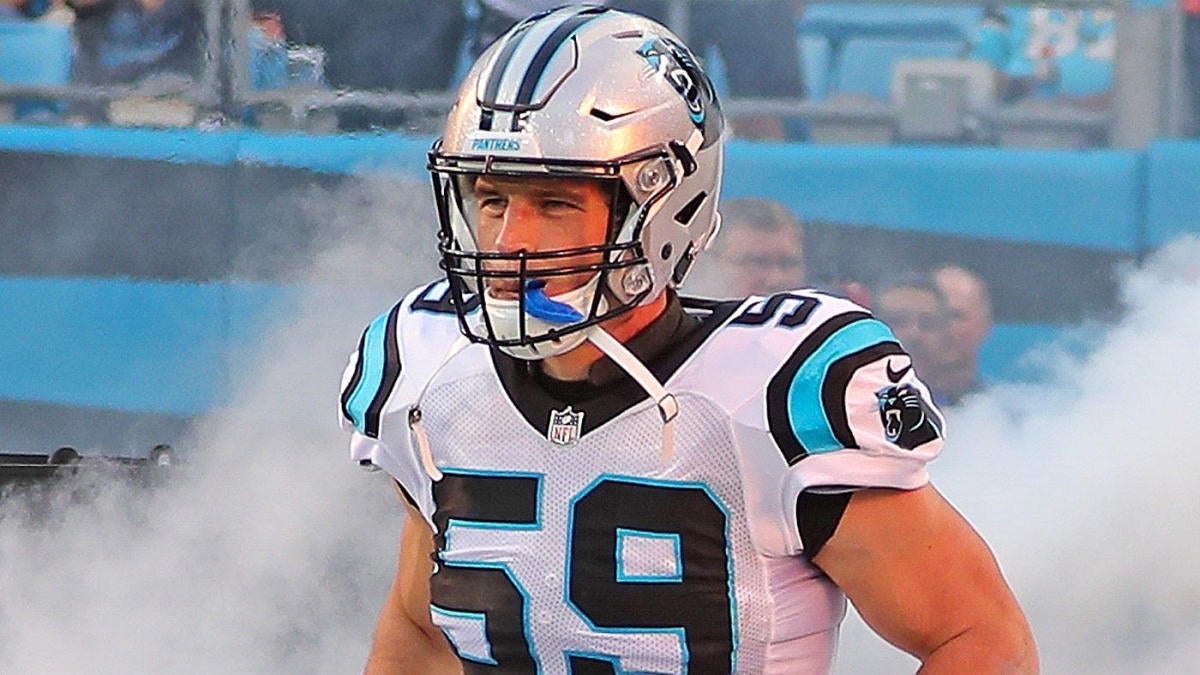 The best tight end of all time, the most heralded quarterback prospect since John Elway and now the best middle linebacker of the 2010s have all retired in the past year before their 30th birthday.

Luke Kuechly’s surprise news Tuesday night added to the growing list of players — great players — choosing to step away from football at a relatively early age.

As you may have read when Rob Gronkowski or Andrew Luck retired, some view this as a trend in this violent game. More and more, one may say, players are choosing their long-term health over the game they love.

No doubt players today are more aware of the dangers of this game. In Kuechly’s case, he’s suffered three known concussions. He knows more about brain injuries and their effects than most people on the other side of medical school.

What’s always missing in that analysis, though, is that these players not only have more information available to them now, but they also have more money. The decision to walk away from football can be made easier (but mind you, not easy) with financial security for their lives and their next generation.

In Gronkowski’s case, injuries mounted over the years playing for a franchise where he had to subscribe to a way that was incongruent with his personality. He left football a three-time Super Bowl champion with nothing else to prove (at least to this writer) about his place at the top of the all-time list at his position.

But Gronkowski also made around $54 million in his career. And in the next several years it’s possible he doubles that and more with his various endorsement deals and potential movie contracts.

It took Luke Kuechly, earner of about $65 million in his career, a few years in Charlotte before he got cable at his home. He’s a low-key guy who loves football, his family and fishing. It’s clear from watching his farewell video that this decision pains him. He doesn’t believe it’s in his body’s best interest to keep playing this game.

Andrew Luck came from a privileged background thanks in part to his father’s work in sports business. In 2011, he didn’t have to leave school for the draft to take care of his family like many who play this game are forced to. He made almost $110 million in his seven-year NFL career. This isn’t to say he doesn’t or didn’t love the game, but at some point he and others realize that they don’t need it.

The money is part of that.

You know that epic scene in the 1996 film ”Jerry Maguire?” The one where Cuba Gooding Jr.’s character gets Tom Cruise to shout out “Show me the money!” Maguire did get that big contract for Rod Tidwell, one of the best receivers in the NFL. It was a four-year deal with Arizona worth $11.2 million. Tyler Boyd made $11.3 million with Cincinnati this year alone.

Though the NFL still trails behind the MLB and NBA in terms of guaranteed money and average salaries per year to its top players, the league’s incredible growth over the last quarter-century has introduced permanently-life-changing money tier that previously didn’t exist. It took Jerry Rice, the greatest player at his position ever, 20 years to make what Kuechly made in six years, with four of those seasons being on a below-market-cost rookie contract. The years of the aging vet on a bum knee sticking around simply for one more payday should be fading away.

Yes, there’s more information than ever about the affects football can have on the brain and body. And yes, that appears to have played the biggest role in all three of these men’s individual decisions to retire before 30. Though it’s uncouth and uncomfortable to discuss someone else’s financials, it has to be pointed out that they can make this decision. That the NFL’s robust pension and insurance packages will also always be there for them. That if they take care of their money with any moderate level of responsibility they’ll never have to worry about their back account again.

And that’s simply not the case across the board in an NFL that still chews up and spits out players with vicious regularity. The average stay in the league for a player still sits around 3 years, which isn’t long enough to make it to the point where you’d negotiate a salary.

The All-Rookie first-teamer hasn’t walked away yet. Neither has the second-year All-Pro player.

Don’t let this take away from the passion Gronk, Luke and Kuechly all have for this game. In each man’s case, the decision appeared impossibly hard. But money was one thing none of them had to consider.