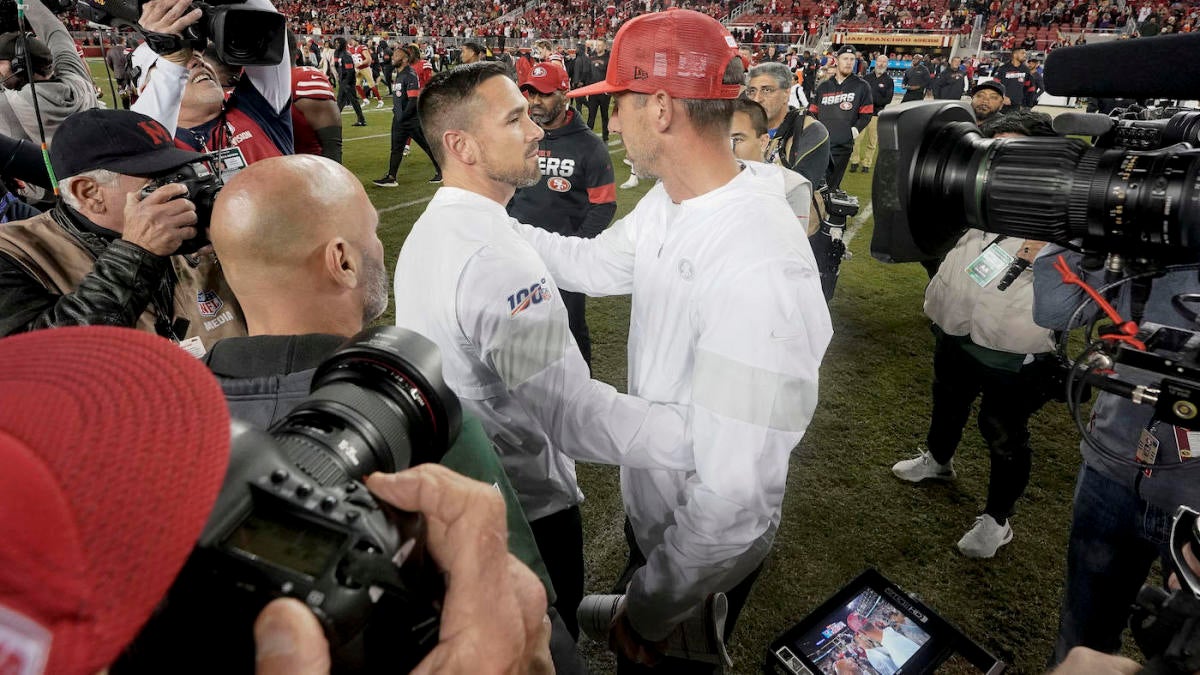 On Sunday, the San Francisco 49ers will host the Green Bay Packers at Levi’s Stadium in San  ta Clara. The game is many things. First and foremost, it’s the NFC Championship Game, meaning the winner will head to the Super Bowl. It’s also the 69th head-to-head matchup between the two teams, with Green Bay sporting a 36-31-1 record against San Francisco, including a 4-3 record in the playoffs. Finally, it’ll be a rematch of a Week 12 game that saw the 49ers dismantle the Packers in a 37-8 win.

It’s that last bit of information that 49ers coach Kyle Shanahan is focused on. Two days after the 49ers thumped the Vikings to secure their spot in the conference championship game and one day after the Packers edged the Seahawks to advance to the next round, Shanahan revealed what his message to his team is regarding their earlier result against Sunday’s foe.

It has to do with not being stupid.

“Don’t be that stupid,” Shanahan said, via ESPN. “That’s not real. This is about Sunday’s game. … There’s so many stories like that. And this is the NFL, so no team, the game before never matters like that. There are four teams left and that’s four very, very good teams and it’s going to be a hard game for all of us.

“Also, our players — the type of guys they’ve been all year — I’m not concerned about that. They’ll have to answer that question, I’m sure, a lot. But I don’t think that will be a worry for our players, which means it won’t be for me.”

Shanahan continued, explaining why he thinks the game will be different this time around.

“I don’t think they’ve lost a game since then, so I think that game really holds zero relevance to what’s going to happen this Sunday.”

Point taken. It’s not difficult to understand why Shanahan is warning his team to take the threat the Packers pose to them seriously. The 49ers might be better than the Packers, which is why they’re 7.5-point favorites, but they’re not so much better that they can sleepwalk their way through a game with the Super Bowl on the line and still manage to win. You’d hope that every coach on the planet would have a similar message.

But most signs indicate the 49ers have every right to enter this matchup confident.

According to the Elias Sports Bureau and ESPN, Sunday’s game between the Packers and 49ers will represent the 37th time in the Super Bowl era that there will be a playoff game involving two teams who played each other in the regular season in a game that saw one of those two teams emerge with a win of 25-plus points. The team that won the first meeting is 22-14 in the second matchup. That record includes a 7-2 mark in the conference championship round.

History aside, the 49ers have the formula to take down the Packers again.

In Week 12, their defense got after Aaron Rodgers, taking him down for five sacks and hitting him 10 times. Rodgers wound up completing 20 of his 33 passes for only 104 yards. His 3.2 yards per attempt represents the least efficient start of Rodgers’ career.

Eight weeks later, the 49ers’ defense remains elite. They just got Dee Ford and Kwon Alexander back from injury. Their front four — featuring the likes of Ford, Nick Bosa, Arik Armstead, and DeForest Buckner — is good enough to generate pressure without the help of extra rushers, allowing the 49ers to drop seven men back into coverage, as they often did against the Vikings. Richard Sherman is still playing at a high-enough level to virtually shut down one half of the field. And so on.

While Rodgers played some of the best football of his season this past weekend, he did so against a Seahawks defense that finished the regular season 18th in DVOA. The 49ers were the league’s second-best defense. Nobody should expect Rodgers to play as terribly as he did back in Week 12, but nobody should expect him to perform like he did against the Seahawks because the 49ers’ defense is an entirely different monster and the fact remains that Rodgers, over the entirety of the season, did not play like a top-level quarterback (eighth in DYAR, 13th in DVOA, and 20th in total QBR). Maybe Rodgers is in the process of piecing together a nuclear playoff run. Or maybe he played well against a bad defense that didn’t have a plan to stop Davante Adams and will struggle against a far better defense — a defense, by the way, that has allowed the fewest explosive passing plays.

On the other side of the ball, the 49ers will be going up against the league’s 15th-best defense by DVOA, a defense that happens to be worse against the run (23rd). We just saw the 49ers steal the Vikings’ soul by pounding the ball in the second half. We just watched Kyle Shanahan scheme up open throws all season long for his quarterback. There’s no reason why he can’t do the same against this Packers defense.