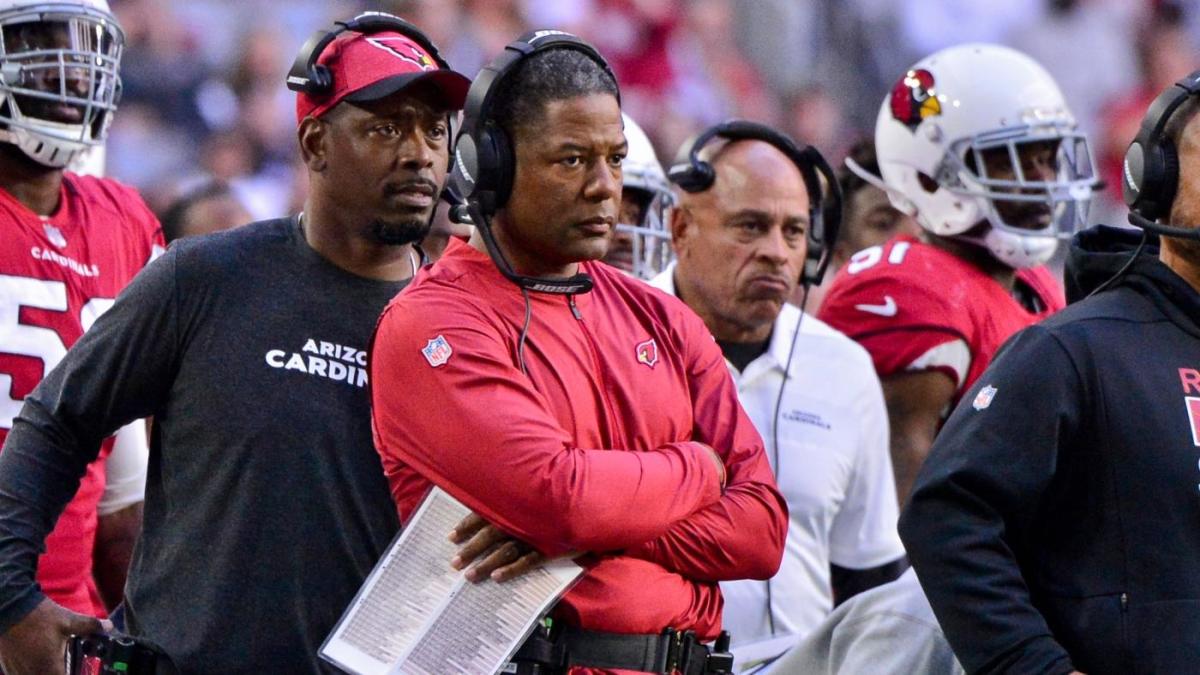 Kevin Stefanski has narrowed his choices for defensive coordinator down to San Francisco 49ers defensive backs coach/passing game coordinator Joe Woods and incumbent Steve Wilks, according to NFL Media’s Jim Trotter. A decision is expected to come sooner rather than later.

49ers defensive coordinator Robert Saleh was reportedly the other finalist for Cleveland’s head coaching vacancy so it is interesting that one of his assistants might defect for a role under Stefanski. Stefanski’s first eight NFL seasons were spent alongside Woods in Minnesota. The latter was working as the team’s defensive backs coach at that time. He has since gone on to serve as the Denver Broncos defensive coordinator for two seasons under Vance Joseph and is now in his first season with San Francisco.

According to a report from Cleveland.com, Wilks would have been Stefanski’s defensive coordinator of choice if he were hired last offseason. In his first season with the team, the defense ranked in the bottom half of the league in yards allowed and they were relatively average in the points allowed category. One benefit to retaining Wilks is his experience as a head coach. It might be an invaluable tool for the first-year head coach; although, it did not work out that well for Freddie Kitchens.

Wilks spent a good chunk of his early coaching career in the college ranks before becoming the defensive backs coach of the Chicago Bears in 2006. He held that title through 2008 before holding the same role with the San Diego Chargers between 2009 and 2011. He followed Ron Rivera to the Carolina Panthers in 2012 as the defensive backs coach before being promoted to assistant head coach in 2015. After being named defensive coordinator in 2017, he was hired as the head coach of the Arizona Cardinals in 2018.

The Cardinals fired Wilks after one season in which the team went 3-13. Cleveland primarily used a base 4-3 defense in 2019, but his time in San Diego exposed him to 3-4 concepts. There do not appear to be any ties between Stefanski and Wilks.

Special teams coordinator Mike Priefer is the only coach rumored to be a part of the first time head coach’s staff currently. Priefer and Woods were linked as potential candidates in the initial CBS Sports coaching staff tracker. The search for an offensive coordinator has been eerily quiet. From the beginning, it was rumored that 49ers passing game coordinator Mike LaFleur and 49ers running game coordinator Mike McDaniel were the favorites for the position. It is possible that details surrounding that vacancy have remained on the backburner because San Francisco plays in the NFC Championship this weekend.