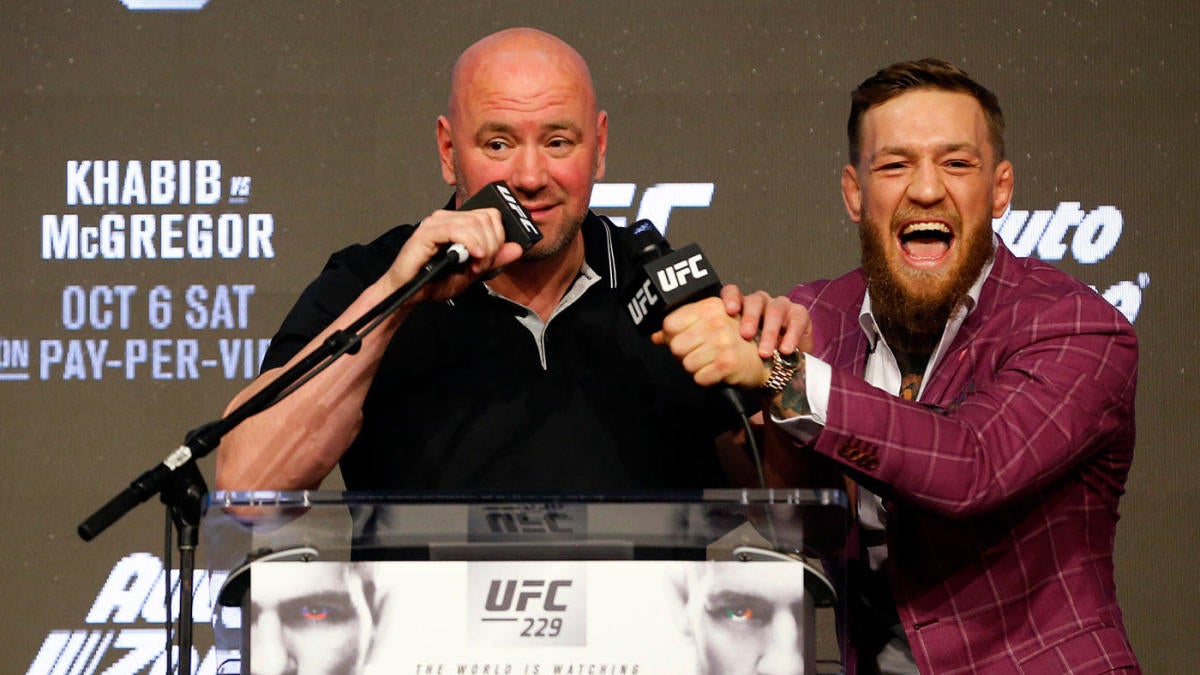 Stars have a way of sucking everything into their orbit. Conor McGregor’s rise to global superstar has put an entire sport in his orbit. That was true when he was competing in the UFC, when he briefly flirted with pro boxing and even when he announced a retirement almost no one expected to stick. Now, less than a week from his return to the Octagon after more than a year out of action, the volume amplifies and McGregor again becomes a subject everyone must discuss, rather than a background topic lying on the edge of every conversation about the featherweight, lightweight and welterweight divisions.

McGregor is set to return against Donald Cerrone on Jan. 18 at UFC 246. The fight carries with it the usual assortment of McGregor oddness. The two men have both fought much of their careers at lighter weights but are meeting at welterweight with UFC president Dana White stating the fight is a “lightweight fight without weight cutting.” That distinction becomes important with White’s second declaration: McGregor will earn a shot at the 155-pound title if he beats Cerrone at 170 pounds. McGregor, of course, has thrown out the odd tweet about “weight cutting p—ies.” Odd, if for no other reason than that he not only spent the entirety of his career cutting weight for fights, but will absolutely have to cut weight for the title shot he is fighting to earn.

Then there’s the recently laid to rest legal issues stemming from the Irish pub assault of an elderly man for refusing a shot of whiskey. And the still ongoing investigations into multiple sexual assaults hanging over McGregor’s head. Though, White has more or less hand waived those concerns away while saying McGregor “hasn’t been charged with anything. You can’t accuse somebody and stop them from making a living when they haven’t even been charged of anything.”

Of course, if the lightweight title doesn’t appeal to McGregor, there’s no shortage of options. Khabib Nurmagomedov, for his part, has dismissed the idea of a rematch, telling McGregor to get to the back of the line and build up a lengthy winning streak if he wants to earn a rematch. McGregor has done his own rewriting of history when it comes to the first fight with Nurmagomedov, stating he had won almost the entire fight before the champ managed to submit him in the fourth, and blaming his performance on a bad camp.

Jorge Masvidal is peaking in his starpower, and seems to be set up for a shot at welterweight champion Kamaru Usman. But Masvidal hasn’t lost sight of the big money McGregor brings. Before he faced Nate Diaz for the BMF title at UFC 244, Masvidal made waves on ESPN by saying he didn’t want to “go to jail” for the things he’d do against McGregor should they fight. While that sounded dismissive at the time, he has now come around to the idea of the huge money fight.

“I would want that fight because it’s a big money fight,” Masvidal said on Ariel Helwani’s MMA Show. “It’s a dude that’s two-time division champion, he has some impressive records, and he comes to fight. So in that aspect, yes. We’re gonna f—ing both sell out wherever we’re f—ing fighting at, and there’s gonna [be] violence. But if the dude doesn’t want to fight, I’m not a bully. Go do your thing. If he doesn’t want this, I don’t give a f— then. You don’t want to fight, you don’t want to fight, but don’t flirt with me. You either want it, or you don’t. Leave me the f— alone if you don’t.”

Usman, for his part, has taken the “I’ll hurt the guy” route in conversations about a potential McGregor fight. McGregor said he wants to capture gold at 170, which would be the third weight where he became world champ. Usman dispatched of Tyron Woodley to capture the belt and followed up by winning a war over rival Colby Covington. Being a part of the McGregor show would probably feel like a relief after the circus that came with a Covington rivalry.

“A fight is a fight, anything can happen,” Usman told MMA Fighting. “But just being real, that’s a tremendous mismatch. I think I would hurt him really, really bad.

“I mean we saw what Khabib did to him. He had to take some time off after the Khabib fight. Now imagine him fighting me. I don’t think we ever see him back in the sport.”

Usman added that the fight wouldn’t even make sense if McGregor didn’t pick up more wins in the division first.

At lightweight, it’s not just Nurmagomedov that could interest McGregor. Justin Gaethje has seemingly fallen on the bad side of White, who has taken to pointing out all the fights Gaethje has turned down — all fights that would add zero to the resume of a man nearing a title fight, including knocking out Cerrone in his most recent fight. Gaethje has talked about the various ways he could beat McGregor and daydreamed about beating him in Ireland. And Gaethje has made it clear a win over Cerrone should not lead to McGregor jumping him in line for a lightweight title shot. His chatter was enough to draw a response from McGregor, who put him on “the list.”

“He’s on the list,” McGregor said. “Maybe I will face him next. He has it coming to him. I mean, I laugh at Justin. He’s a funny guy. He’s been taking it to heart. I know the feeling when you do that. Maybe I’ll get through Donald and I’ll have a quick turn around against Justin. Maybe that’s what will happen, but Justin is on the list no doubt.”

Of course, standing in the way of every potential next step, and every potential title shot is Cerrone. The give-no-cares cowboy who lives to fight as much as he makes a living off fighting. Cerrone also isn’t the type to chatter like the rest of the men in the orbit of McGregor. He’s a weird, alien craft only here because it’s where he chooses to be.

“I didn’t care,” Cerrone told MMA Fighting about the upcoming fight. “They called and said Conor wants to fight you at 170. I said hell yeah let’s do it. It wasn’t a beat other than that.”

And that is what makes McGregor vs. Cerrone an oddity. It’s a McGregor fight without the trash talk, the wild media tours or even the feeling of a full-court press from the UFC. Maybe it’s caution from the promotion that McGregor’s return could be more fizzle than bang, or maybe it’s the avoidance of potential tough questions from the media surrounding his legal situations.

Regardless of the reason, this is a rarity in McGregor’s career. And waiting on the other side, regardless of who shares the poster with him, is an almost guaranteed return to the craziness of a typical McGregor fight build. Enjoy the quiet while it lasts.