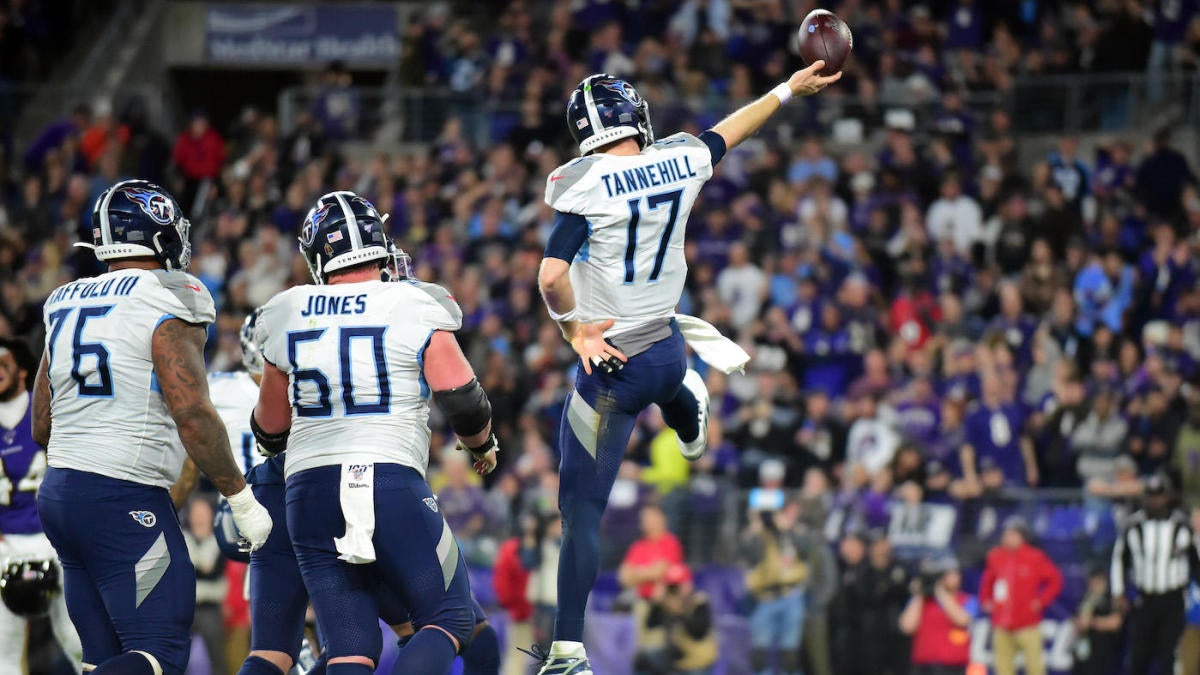 The Tennessee Titans have been the biggest surprise of the 2020 NFL postseason. A team that stamped their ticket to the playoffs on the very last week of the regular season, the Titans upset the New England Patriots in Foxborough and then defeated the supposed best team in the NFL in the Baltimore Ravens last Saturday.

The Titans have truly embraced the underdog role, and they are now just one game away from the Super Bowl. It’s been quite a while since this team was competitive. They haven’t made the AFC Championship game since 2002 and haven’t made it to the Super Bowl since 2000. Now — all of a sudden — they have a chance to shock the NFL world, even more so than they have over the past couple of weeks.

If you do not have an allegiance to either the Green Bay Packers, San Francisco 49ers or Kansas City Chiefs, you should be cheering for the Titans to win the over the next few weeks. Here’s why:

The main reason the Titans have found themselves in this situation is because of their star running back. If you had to name an MVP of the postseason right now, it would absolutely have to be Henry. He recorded 182 rushing yards and a touchdown on 34 carries against the Patriots, and then 195 rushing yards on 30 carries against the Ravens. What’s wild is that the Ravens knew the offensive game plan was going to revolve around Henry, and he had an even better game than he did against the Patriots! It’s hard not to like the former second-round pick out of the University of Alabama. He wasn’t someone people were tabbing as a star at the beginning of this season, and he didn’t really break out until the latter half of the year. In fact, his hot streak started against the Chiefs in Week 10. According to Graham Barfield of NFL.com, Henry has set an all-time record for most rushing yards in any eight-game stretch in NFL history. Over the past eight contests in which he has played, Henry has rushed 203 times for 1,273 yards, 11 touchdowns and is averaging 6.27 yards per carry. He’s a humble player who has taken the NFL by storm. It’s pretty incredible that he has been able to run over two of the best defenses in the NFL on the road in the postseason, and he has a chance to really turn heads if he can make it three wins in a row to get to the Super Bowl.

While Henry has been the reason the Titans have had success in the postseason, they wouldn’t have gotten there without Tannehill. Back in March, the Miami Dolphins decided to trade Tannehill to the Titans. After seven seasons in Miami, it was likely that the 31-year-old was going to be released after Adam Gase was fired. Tannehill was always a decent quarterback, but never got the Dolphins to the postseason and suffered a couple of injuries. He was forced to sit behind Marcus Mariota for the first six games of the season, but was given the starting role heading into Week 7. He scored a 23-20 win over the Los Angeles Chargers, and completed 79.3 percent of his passes for 312 yards, two touchdowns and an interception. Mariota hadn’t thrown for 312 or more yards in a game since Week 4 last season, and it took him four games to throw a touchdown to a wide receiver this season. Tannehill had two in his first game as the starter. Immediately, the offense began to thrive and Tannehill helped the Titans win seven out of their last 10 games. He finished the regular season with the highest passer rating in the NFL, and came through several times with games on the line late in the season. While he has thrown for just 160 yards, three touchdowns and one interception in the postseason, he’s done all that has been asked of him and has been an effective game manager. As evidenced by how he played in the regular season, Tannehill could play a much larger role in the offense this weekend. Still, it’s pretty incredible that this discarded quarterback who never started a postseason game before this season finds himself just one game from the Super Bowl.

Those descendants of Bill Belichick are a rare breed. Whether former assistant coaches or players, those who move on to lead other NFL franchises are usually pretty successful, and Vrabel is no exception. After failing to make the playoffs in his first season, many in Nashville were calling for his job after the team struggled earlier this year. He made the bold decision to play Tannehill over Mariota, and helped right the ship to get this team to the AFC Championship game. He’s even-keeled, loves his players and hasn’t let the recent success affect how he coaches or handles press conferences.

Just watch this video. It’s hard not to like this guy. (NSFW)

He also has a sense of humor. Earlier this offseason, his appearance on “Bussin’ with the Boys” — a podcast hosted by former Titans linebacker Will Compton and current Titans offensive tackle Taylor Lewan — raised some eyebrows. I won’t go into detail, but it was pretty funny. You can read about it here.

Everyone loves to root for the underdog, and the Titans fit that profile more so than any of the four remaining teams. Aaron Rodgers has already won a Super Bowl, Patrick Mahomes was the MVP last season and while the 49ers haven’t been to the postseason in several years, they were one of the best teams in the NFL all season. The Titans really came out of nowhere, and even their fans didn’t see this kind of postseason run coming. If there ever was a team of destiny this year, it has to be the Titans. To end the Patriots’ dynasty in the wild-card round and then defeat arguably the best team in the league — that says something. Especially considering that both victories came on the road. We all wanted something different, right? As my colleague Will Brinson pointed out on Twitter this week, only four quarterbacks have represented the AFC in the Super Bowl over the last 16 years! How wild would it be if Tannehill was the next quarterback to represent the AFC? Let’s root for the small team out of Nashville.

5. Let’s introduce a little anarchy to the NFL

Yes, the Titans are the true underdogs, but if the Titans win the Super Bowl, could it change how people view the league or how to build a successful team? Think about it, even after what the Titans have done so far in the postseason, not everyone is taking them seriously. What if this team went on to win the Super Bowl? The quarterback is supposedly the most important position in football. What if Tannehill took down someone like Mahomes and then Rodgers? Could the focus of football then shift back to building a defense or even the run game? The NFL is supposedly a passing league now, but the Ravens got to 14-2 with the best rushing offense in the NFL. What if Henry leads the Titans to a Super Bowl win? Do teams start to consider paying running backs again? Henry is set to become a free agent this offseason — and while there are only a couple of running backs people would open their wallets for — Henry has worked himself into that discussion. I’m interested to see how the league would shift their focus if the Titans can finish off this miraculous run. They are winning thanks to a tough defense and an effective run game. Wouldn’t that turn the league on its head?

Sports News - February 28, 2021
0
Here's your one-stop shop for everything you need to know about Shaquil Barrett's free agency