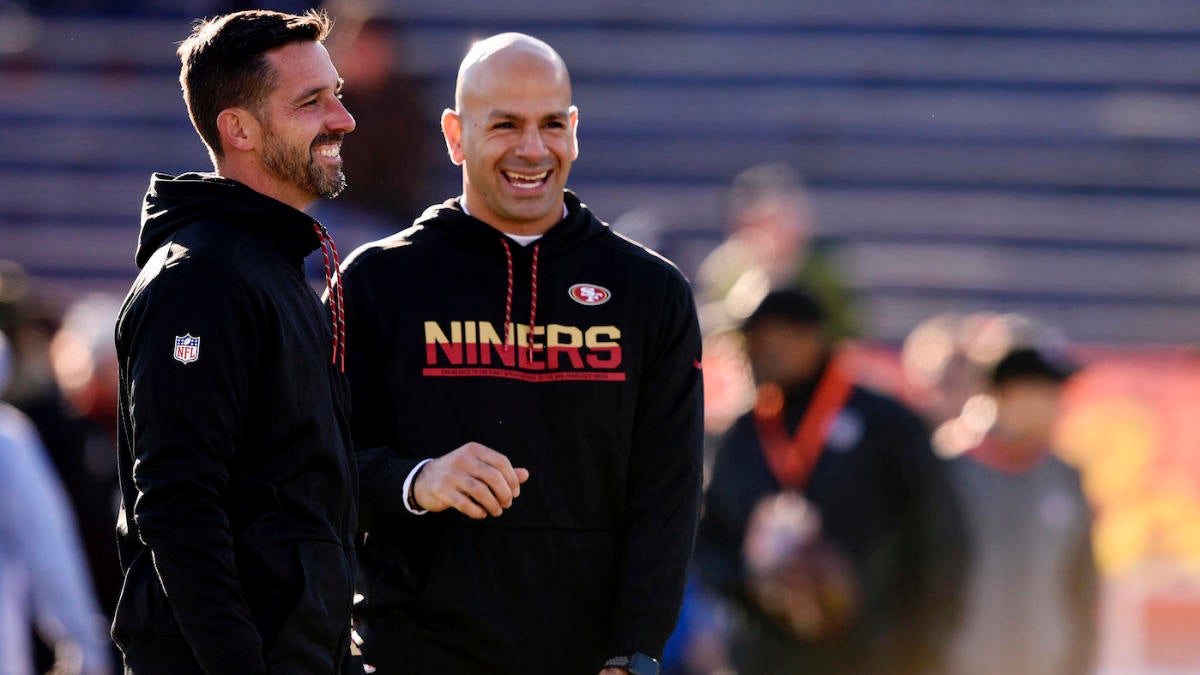 San Francisco 49ers head coach Kyle Shanahan is “pumped” that his defensive coordinator Robert Saleh failed to get hired as a head coach this year. It may sound odd to hear that a coach is excited to see another fellow coach get passed over for a job, but it means that Saleh will get to remain in San Francisco for the near future.

Saleh appeared to be one of the finalists for the Cleveland Browns job. Instead, on Sunday, it was announced that the Browns would be hiring former Minnesota Vikings offensive coordinator Kevin Stefanski.

“I was pumped,” Shanahan told reporters on Monday, via NFL.com. “I heard it on my way into work, so I was extremely excited. I definitely have some empathy for Saleh. I know anyone who goes through that process and stuff, we’re all competitive, and you want to win and you want to get that opportunity and stuff, but for Saleh, every year we keep him we’ll be very fortunate. Saleh’s going to be a head coach in this league. Could’ve been one this year. Most likely he’ll be one next year. But he’s going to have the right opportunity come around for him. It’s just a matter of time. I’m just very happy that we’re going to be able to have him going into next year.”

The 49ers take on the Green Bay Packers this Sunday in the NFC conference championship game, and just to know that Saleh is staying put definitely takes away whatever distraction might be there. In the 49ers’ 27-10 divisional-round victory over the Vikings, Saleh’s defense allowed just 147 yards of total offense — including just 18 rushing yards from dynamic running back Dalvin Cook. It was arguably the best defensive performance by any team in the postseason.

While Shanahan is happy that Saleh will be on his staff moving forward, he understands that it’s just a matter of time before Saleh gets his shot as a head coach in the NFL.

“He knows me well enough to know how I am, but I’m definitely excited he didn’t get it and that’s not just for selfish reasons because I care a lot about this organization too,” Shanahan said. “So, it definitely helps me, but it helps this whole organization and I think it will help Saleh in the long run. Like I said, he’s going to be a head coach, he just needs the right opportunity and he’s going to keep getting better and better too.”