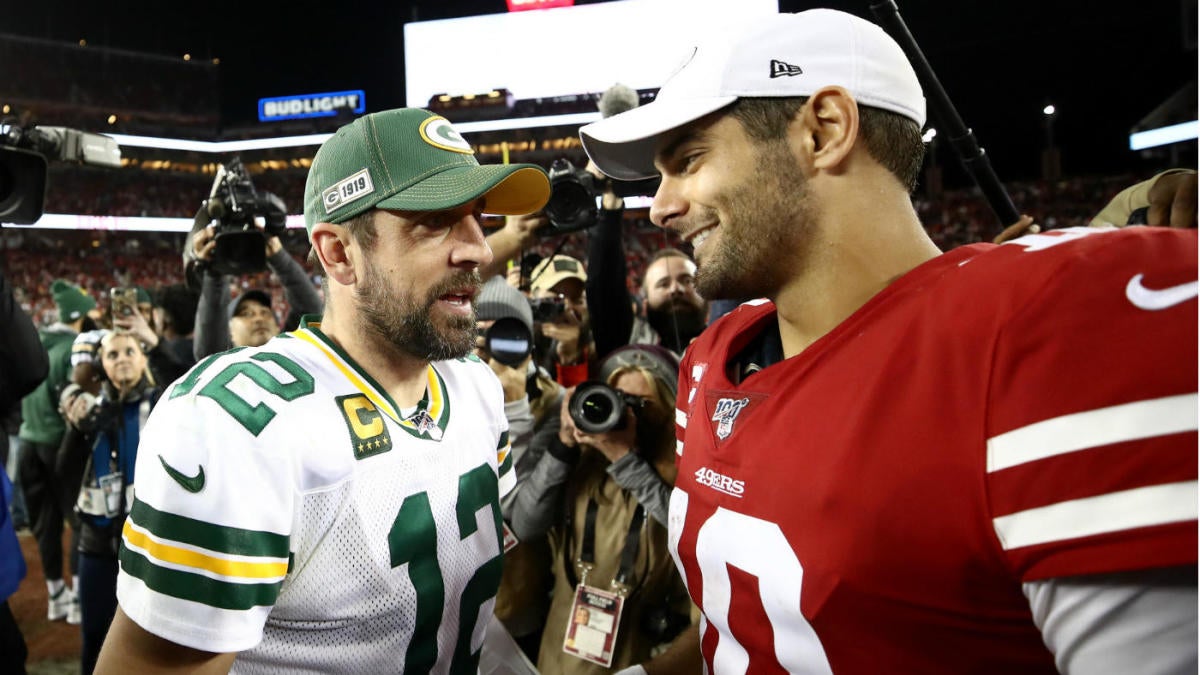 The NFL playoffs are speeding toward their big conclusion, but we’re not finished with predictions just yet!

Now it’s time for Championship Sunday. Four more teams have been eliminated, with only four left to compete for a Lombardi Trophy. Can the Titans confirm themselves as this year’s biggest underdog story and knock off the Chiefs? Or will Andy Reid and Patrick Mahomes get over the hump for a Super Bowl bid? Is San Francisco’s defense bound for a title run? Or can Aaron Rodgers help Matt LaFleur reach the promised land to close his first year on the sidelines?

A week after yours truly went 3-1 picking divisional round games, we’ve got more predictions and picks against the spread — for each conference championship — as we draw closer to Super Bowl LIV. Buckle up, and enjoy!

The Titans deserve all the credit in the world for this underdog run. No one thought they’d be here — not even those who could see clearly that Ryan Tannehill was an upgrade over Marcus Mariota under center. Derrick Henry, meanwhile, has been a one-man wrecking crew; his bulldozing alone should have K.C. on edge entering Sunday’s rematch. If Tennessee is smart, it’ll stick to the script and keep pounding away in the trenches. The Chiefs are vulnerable against the run, and with interior star Chris Jones still nursing an injury, they could have trouble controlling the clock and owning the time-of-possession game against Mike Vrabel’s squad.

All that said, it’s awfully hard to watch Andy Reid’s offense and feel great betting against Patrick Mahomes and Co. We obviously said the same thing in 2018, when the Chiefs lost a home AFC title game to New England, but it’s not as if K.C. was blown out then. Reid is never immune to big-game hiccups (see: clock management), but he’s also got the most dynamically armed quarterback in football — the same one fresh off a five-touchdown showcase at Arrowhead. If the Chiefs can overcome a 24-point hole to drop 51 points on the Houston Texans, they can definitely sneak by the Titans, even if by way of short, explosive bursts.

It’s been a long time coming, but Reid is about to go back to the Super Bowl.

If you’ve watched the Packers every week, you might be wondering how in the world they’ve won 14 of 17 games. Most of their second-half win streak has been fueled by some ugly victories, several of which included some notably iffy officiating. Aaron Rodgers has sandwiched some signature performances in between some quietly mediocre ones. And yet here they are, one win away from the Super Bowl. A “W” is a “W,” they say, and Green Bay just finds ways to get it done. If Rodgers can step up, Aaron Jones can stay busy on the ground and Za’Darius Smith can get in Jimmy Garoppolo’s face, they have a legitimate shot at an upset.

But the 49ers are the rightful favorites here. For weeks and weeks, we all wondered whether Garoppolo was actually the real deal at quarterback, and while he’s mostly proven he is, he also hasn’t always had to. That’s because Kyle Shanahan’s shown he’s the real deal, scheming up exactly what San Francisco needs offensively. Tevin Coleman, Raheem Mostert, Deebo Samuel, George Kittle — they’re all made better by Shanahan’s space-creating strategies. And that’s not even mentioning Robert Saleh’s defense, which has the elite talent (Nick Bosa, Dee Ford, Richard Sherman) to make life hard for Rodgers.

For whatever reason, it’s hard to completely shake the feeling the Packers could stun us all (maybe it’s just the Rodgers vs. Garoppolo component), but even so, the Niners are built to go the distance.