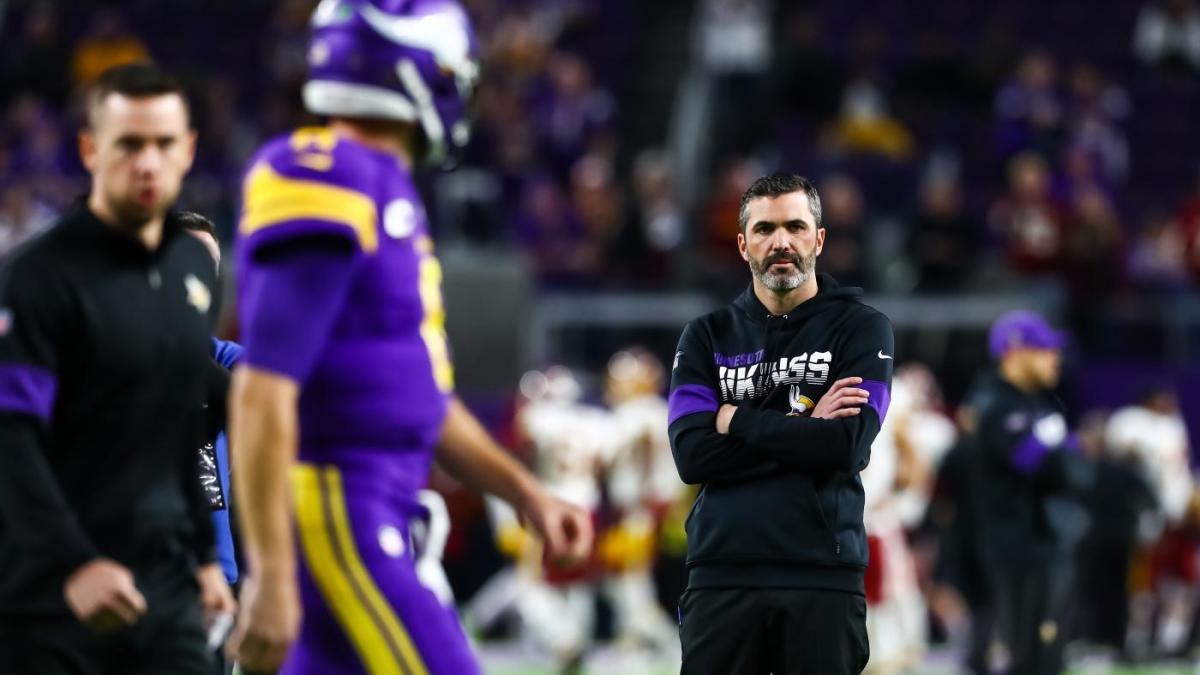 Why did the Browns hire Stefanski and not Saleh, McDaniels or one of the other five candidates to interview for the vacancy?

When the organization hired Hue Jackson in 2016, they ignored a recommendation from chief strategy officer Paul DePodesta to hire now Buffalo Bills head coach Sean McDermott. On Jan. 9, 2019, it was announced that interim offensive coordinator Freddie Kitchens would become the franchise’s 17th head coach. Kitchens won out over Stefanski, who was a favorite of DePodesta and then vice president of player personnel Andrew Berry, as CBS Sports’ Jason La Canfora pointed out in a recent column.

Ownership and general manager John Dorsey believed that Kitchens’ play-calling during the second half of the season and his relationship with quarterback Baker Mayfield out-weighed the advantages of hiring outside of the organization. They were desperate for continuity. As the 2019 season played out, the play-calling and Mayfield regressed. There may have been some smoke and mirrors during the process that ended with Kitchens’ hiring.

After parting ways with Dorsey and Kitchens, owners Jimmy and Dee Haslam laid more power at the feet of DePodesta. His voice would carry more weight in the latest search that ended with his candidate of choice a year ago despite reports of a strong interview by Saleh and the highly-anticipated meeting with McDaniels.

The search committee was seeking a coach who was going to hold players accountable but also to allow analytics to be involved with each week’s game plan. Kevin Clark of The Ringer shared a conversation with Stefanski where the coach revealed his tendency to read and consume analytics pieces each offseason. He seeks out any information that might aid him on Sundays.

At the same time, there was an emphasis on Mayfield’s progression and an offensive plan best suited to his skill sets. Mayfield is a rhythmic thrower. He is at his best when he is empowered to make quick decisions and operating out of a system with structure. The 2019 Browns offense was more likely to be described as discombobulated than structured. Last offseason, the Vikings brought in Gary Kubiak as assistant head coach/offensive advisor. He was able to help install a Shanahan-style run scheme to set up play action in the passing game. Stefanski was labeled the fourth-best play-caller in the NFL this season by Pro Football Focus and the Vikings offense ranked 10th in offensive DVOA, which measures overall efficiency.

The Vikings’ offensive line was among the most improved units in 2019 and that had more to do with Stefanski’s offensive system and play-calling than any 2019 offseason acquisitions they made.

Browns fans should sleep comfortably at night knowing that he intends to bring a similar system back to Cleveland; Kyle Shanahan ran it in 2014. It is no coincidence that the franchise narrowed their search down to two head coaching candidates who shared a vision of bringing in someone to run that scheme. For some insight into why the operation is so successful, look no further than the upcoming AFC and NFC Championships. Three of the four teams — Green Bay Packers, Tennessee Titans, and 49ers — deploy a Shanahan/Kubiak system. Why is it so successful?

“The bigger question is, do I feel this system is a really good scheme that puts quarterbacks and offensive players in a position to be successful?” quarterback Kirk Cousins said, via The Ringer. “And yeah, I think it does.”

According to John Kosko of Pro Football Focus, the Browns ran a play-action bootleg the fourth-fewest times in the NFL this season. When they did run it, they were successful 73.7 percent of the time, which led the league by a wide margin.

Will Brinson and the super friends discussed Cleveland’s decision to hire Stefanski on a recent emergency podcast of the Pick Six podcast, which is CBS Sports’ daily NFL podcast. Listen wherever you download podcasts!

“Let’s face it, we are learning it the hard way, right? I think everybody talks a lot about structure – and I think structure is important – but I think far more important are these two things: getting the right people and making sure they are aligned,” Haslam said during a Jan. 2 press conference.

“If you looked at the other 31 teams, there are all kinds of different structures, but if you look at the successful organizations that are consistently in the playoffs year after year, there is alignment within the organization and they have the right people in the right place – coach and GM. That is what we are focusing on tremendously, and that alignment is something that is really, really important. It sounds easy, but it is not.”

Stefanski came ready-made with two solid candidates: Vikings assistant general manager George Paton and Philadelphia Eagles vice president of football operations Andrew Berry. Paton has been a trusted cohort of long-time Minnesota general manager Rick Spielman so there is familiarity with Stefanski, who has worked alongside Paton for 13 of his 14 NFL coaching seasons. Berry, as noted above, was staunchly in the coach’s corner last offseason when the Browns hired Kitchens. Both men are grounded in analytics while Berry also carries a strong business acumen with a bachelor’s degree in economics and a master’s degree in computer science from Harvard.

So why Kevin Stefanski? He checked all of the boxes. The Haslams empowered a central voice with a plan and they followed that plan this offseason. Only time will tell if it leads to the desired outcome. Such is Cleveland.