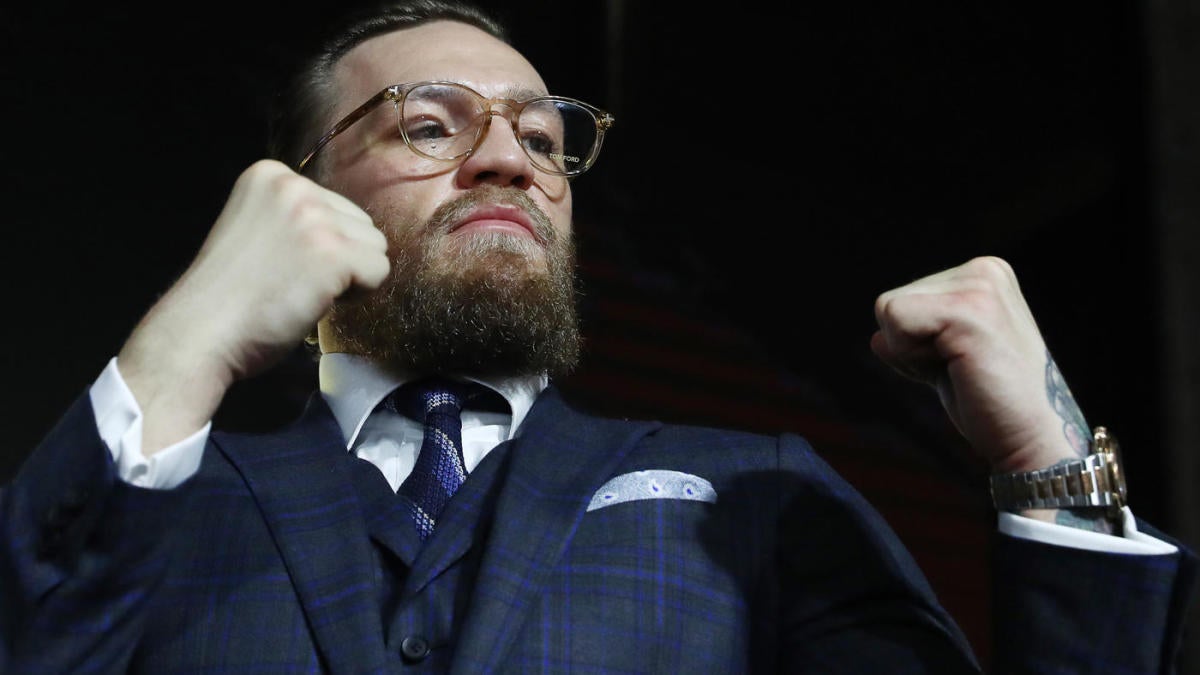 McGregor (21-4) will enter the Octagon for just the second time since 2016 when he faces veteran Donald “Cowboy” Cerrone (36-13, 1 NC) in a welterweight main event from T-Mobile Arena.

The 31-year-old Irish star, who has spent more time on the police blotter than training camp during his extended layoff, will look to work his way back into the title picture of two different divisions. Cerrone, meanwhile, will attempt to extend his record for UFC victories in the highest-profile bout of his prolific career.

Can’t get enough UFC? Subscribe to our podcast State of Combat with Brian Campbell where we break down everything you need to know in the Octagon, including an early look at McGregor vs. Cerrone.

Let’s take a closer look at the biggest storylines entering this weekend.

1 How much magic does McGregor have left?

It might not feel like it given how often his name revolves around the headlines, but it has been three full years since McGregor was last a full-time MMA fighter. The time off saw McGregor become filthy rich through the launch of his whiskey line and an appearance opposite Floyd Mayweather in a 2017 boxing blockbuster. “The Notorious” also added to his reputation in decidedly negative ways through a series of arrests and accusations. His only UFC appearance was a one-sided defeat to Khabib Nurmagomedov in the biggest fight in the sport’s history. McGregor is still only 31 and certainly slowed down the running odometer of his fight miles by not enduring much punishment inside the cage. But the bigger question that can only be answered inside the Octagon is whether McGregor can reignite his ferocious fighting spirit of old. Considering timing is such a huge part of why he’s a dangerous striker, his lack of consistency won’t be an asset entering his return. He certainly has a beatable — albeit dangerous — opponent in Cerrone, but the biggest amount of intrigue surrounds whether McGregor will be able to gut his way to a victory should the fight go rounds similarly to how he did in his 2016 rematch against Nate Diaz. McGregor’s swagger and confidence have always been his great gift. How much has time, fame and the ups and downs of life chipped away at the fuel that once made him great?

2. This is one bizarre No. 1 contenders match at lightweight

UFC president Dana White said it himself shortly after Saturday’s main event was announced: Should McGregor defeat Cerrone, he will most likely be next in line for the 155-pound title. It’s certainly not a surprising development considering McGregor is a former champion and his level of star power trumps from a business standpoint anything that more deserving candidates — i.e. Justin Gaethje — bring to the table in terms of wins and losses. If Nurmagomedov defends his UFC title against Tony Ferguson in April and the promotion has the chance to book a rematch with McGregor that could break the pay-per-view record the two set in 2018, White and company will do so without blinking an eye. That doesn’t mean it’s fair, however. It also doesn’t mean it makes much sense considering McGregor-Cerrone will be contested at welterweight — per McGregor’s request, according to White — only so “The Notorious” doesn’t have to worry about a weight cut. From the standpoint of catering to a star, this is about as shameless as it gets. Cerrone, who will no doubt collect a career-high payday, also isn’t being considered for a title shot if he wins, which makes this fight even more transparent an announcement for what it really is: a chance for UFC to shine up McGregor’s brand in hopes of huge business this calendar year.

3. How much of a live dog is Cerrone?

If you browse the pre-fight promotional vehicles created by UFC ahead of this fight, the storyline of McGregor making his triumphant return to the sport has been the overwhelming theme. The decision is certainly understandable from a marketing sense, even though Cerrone is one of the most beloved fighters in company history. It’s also understandable McGregor would open as a strong betting favorite given Cerrone is 36 and the fact that his greatest vulnerability matches up perfectly with McGregor’s best strength. But what happens if Cerrone makes it out of the first round and McGregor is forced to rally from adversity? Outside of Diaz rematch, McGregor doesn’t have a great track record of getting stronger into the championship rounds. Cerrone is also a much better mixed martial artist with more avenues to victory and an overwhelming advantage on the ground should the fight get there. As it goes with handicapping most McGregor fights, if it ends early it will likely be him as the last man standing. But the longer this fight goes, the greater Cerrone’s chances increase exponentially.

At 38, it’s hard to get a handle on what is still left to accomplish for the former women’s bantamweight champion and ex-pro boxing star who once shocked the world by handing Ronda Rousey her first pro defeat. Since the Rousey fight, however, Holm is just 2-5 in the UFC, although the majority of those fights have come against some of the best fighters the promotion has ever seen (including four losses in title fights). Holm remains a legitimate star and fan favorite and enters Saturday in her co-main event rematch against Raquel Pennington with a chance at removing the bad taste of her head-kick knockout loss to Amanda Nunes in their July 2019 title bout. Should Holm lose to Pennington, it would be difficult to find a reason to see her continue fighting and devolve to the level of gatekeeper status after such a meteoric rise and so many impressive performances, even in defeat. The fact that Holm is still among the best fighters in two different divisions (both of them cleaned out entirely by Nunes) could end up causing her to linger. But win or lose at UFC 246, the idea of Holm walking away for good with her head high wouldn’t be a surprise.

The feisty, 21-year-old slugger is an impressive 3-0 with three stoppage wins since impressing on Dana White’s Tuesday Night Contender Series and making her UFC debut. Barber looks very much to be the future at 125 pounds. The problem could be that given how shallow that division is, Barber could end up being pushed into a title shot before she’s actually ready. On Saturday, she has been given a strong platform to shine in the preliminary card main event on ESPN when she’ll face durable veteran and former title challenger Roxanne Modafferi, who has been knocked out just once throughout a career that is closing in on two decades long. Should Barber produce the kind of showcase finish she is used to, this could be one heck of a coming-out party.