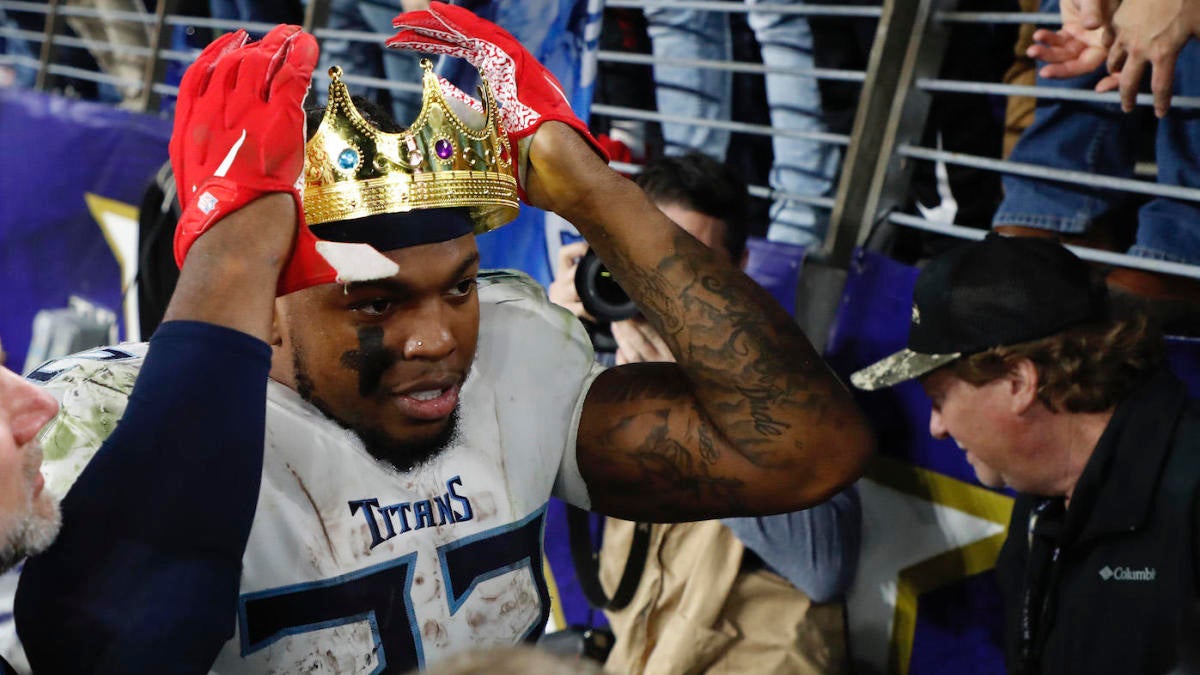 The Tennessee Titans have been the surprise of the 2020 NFL postseason. After missing out on the playoffs last year, they are now one of the last four remaining teams alive in the playoffs, and are just one game away from making their first Super Bowl appearance in 20 years.

They are the only team from Wild Card Weekend remaining in the playoffs, and it’s in large part due to running back Derrick Henry. The fourth-year back has been on a tear as of late, and is a big reason the Titans slipped past the New England Patriots in Foxborough last week and shocked the Baltimore Ravens 28-12 on Saturday. Henry has rushed 64 times for 377 yards and one touchdown in two postseason games, but his hot streak actually stretches back all the way to November.

According to Graham Barfield of NFL.com, Henry has set an all-time record for most rushing yards in any eight-game stretch in NFL history. Over the past eight contests in which he has played, Henry has rushed 203 times for 1,273 yards, 11 touchdowns and is averaging 6.27 yards per carry. Thanks to his efforts, the Titans will take on the Kansas City Chiefs in the AFC Championship Game next week.

Henry’s hot streak actually began against the Chiefs in Week 10. In an emotional 35-32 victory in Nashville, Henry rushed 23 times for 188 yards and two touchdowns. At the time, it was just his second 100-yard game of the season. After a bye week, the Titans blew out the Jacksonville Jaguars 42-20 while Henry rushed for 159 yards and two touchdowns on 19 carries. It was a performance reminiscent of his 238-yard, four-touchdown outing against the Jaguars in Nashville last season.

Henry sat out the Titans’ Week 16 loss to the New Orleans Saints since it was a game that could not affect Tennessee’s postseason hopes. He was dealing with a nagging hamstring injury and the Titans wanted him 100 percent healthy for the Titans’ win-and-you’re-in game against the Houston Texans in the regular-season finale. In the 35-14 victory in Week 17, Henry rushed for 211 yards, three touchdowns and secured the regular-season NFL rushing title with 1,540 yards in 15 games.

The former second-round pick has recorded seven 100-yard games in hispast eight contests, and has taken his play to a new level in the postseason. The Patriots knew that Henry was going to be the focal point on offense, and he still was able to average 5.4 yards per carry on 34 rushes. Heading into the divisional matchup in Baltimore, Ravens safety Earl Thomas knew the Titans were going to try to replicate their game plan, and feed Henry until he couldn’t run any more. Thomas poked fun at the Patriots for being uninterested in tackling Henry, but still, Henry went off on the Ravens for 195 rushing yards and averaged 6.5 yards per carry.

The Chiefs allowed just 94 rushing yards against the Texans on Sunday, but allowed an average of 128.2 rushing yards per game in the regular season — which ranked No. 26 in the league. The Titans will probably look to feed Henry another 30 times this weekend, and it shouldn’t shock anyone if he puts together another 100-yard performance.